The Sensory Box: Crafting a Building for Craft

The building is about coming into the city, out of your everyday life to a place that grounds you in reality and provokes existential questions about reality. It is about coming together to celebrate physical things and phenomena. It is a response to an increase in sensory sterility found in social and working conditions that is due to the use of technology and the disassociation of body and mind. The thesis assumes that due to social and economic ties of the Metaverse people will be forced to work under conditions that accelerate these problems and that we will begin to neglect our embodied condition and physical world in favour of constant virtual stimulation and gratification. It takes a lot from Juhani Pallasmaas theories of Phenomenology and uses empirical analysis of rich sensory environments and parts of Glasgow to guide and fuel its design.

The response to this is a new building type called ‘The Sensory Box’. In the context of the Barras the sensory box derives its hybrid programme from the material richness and configuration of objects within the market areas as well as the the contemporary production of artistic artefacts. Contrasting this with the sterility of ‘modern’ making, and many environments within Glasgow, the building focusses on providing a place for people to take a break from the virtual word and take part in the production of objects/artefacts using their body. The building also draws attention to works of art that show exemplary manipulation of material and obtainment of embodied knowledge. The title ‘Crafting a Building for Craft’ refers to continued upkeep of embodied knowledge that the building will provide as well as the methods applied within the realisation of the building.

Its spatial configuration is influenced by two factors. 1. A sequence of entry spaces that take you away from the bustle of the street to a dark and silent space before releasing you into a large atrium space flooded with light. In the upper floors the functions and architectural experience is configured in a sensing-thinking-making manner with spaces of isolated physical phenomena, places for thinking and discussion and workshops. 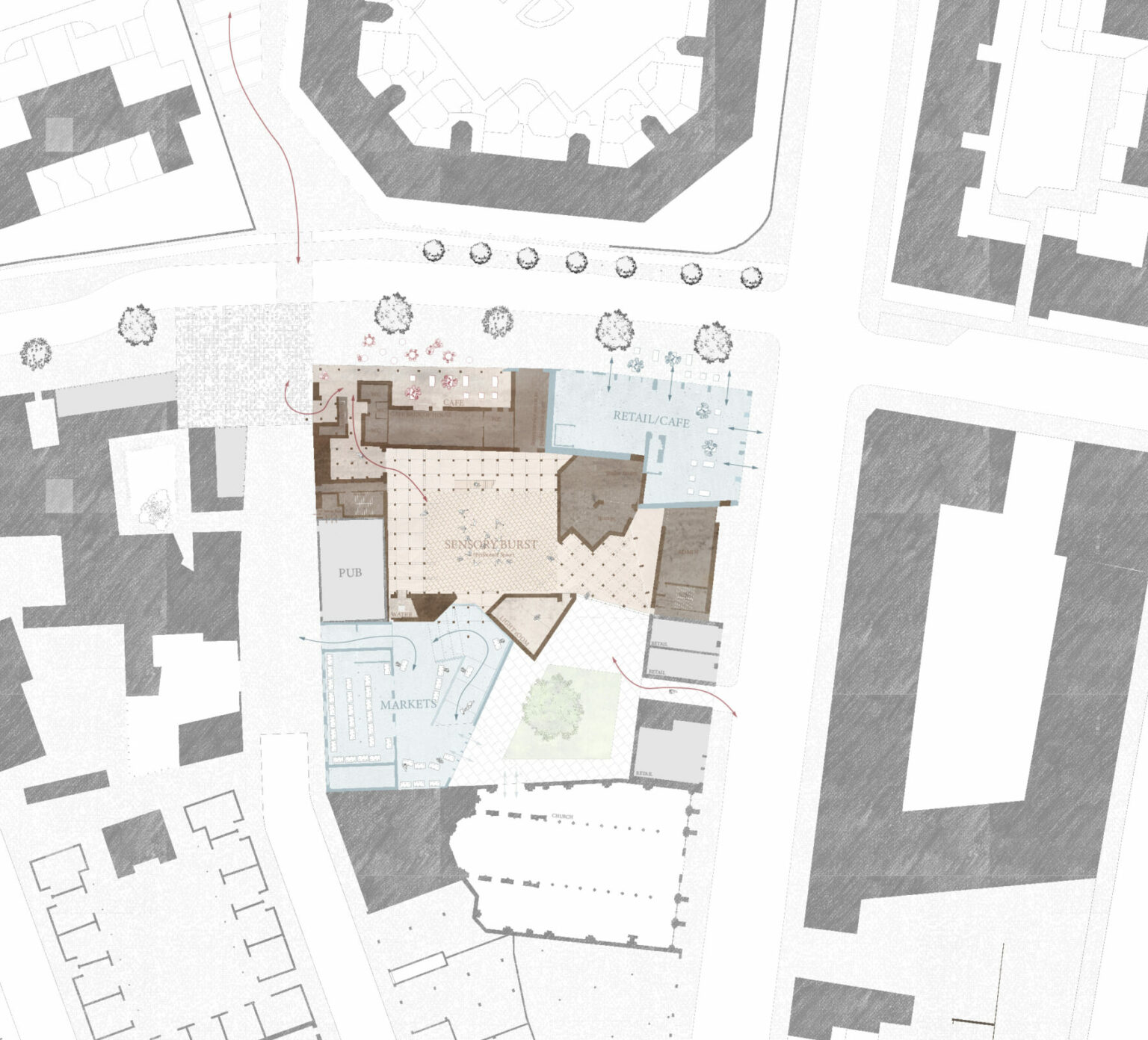 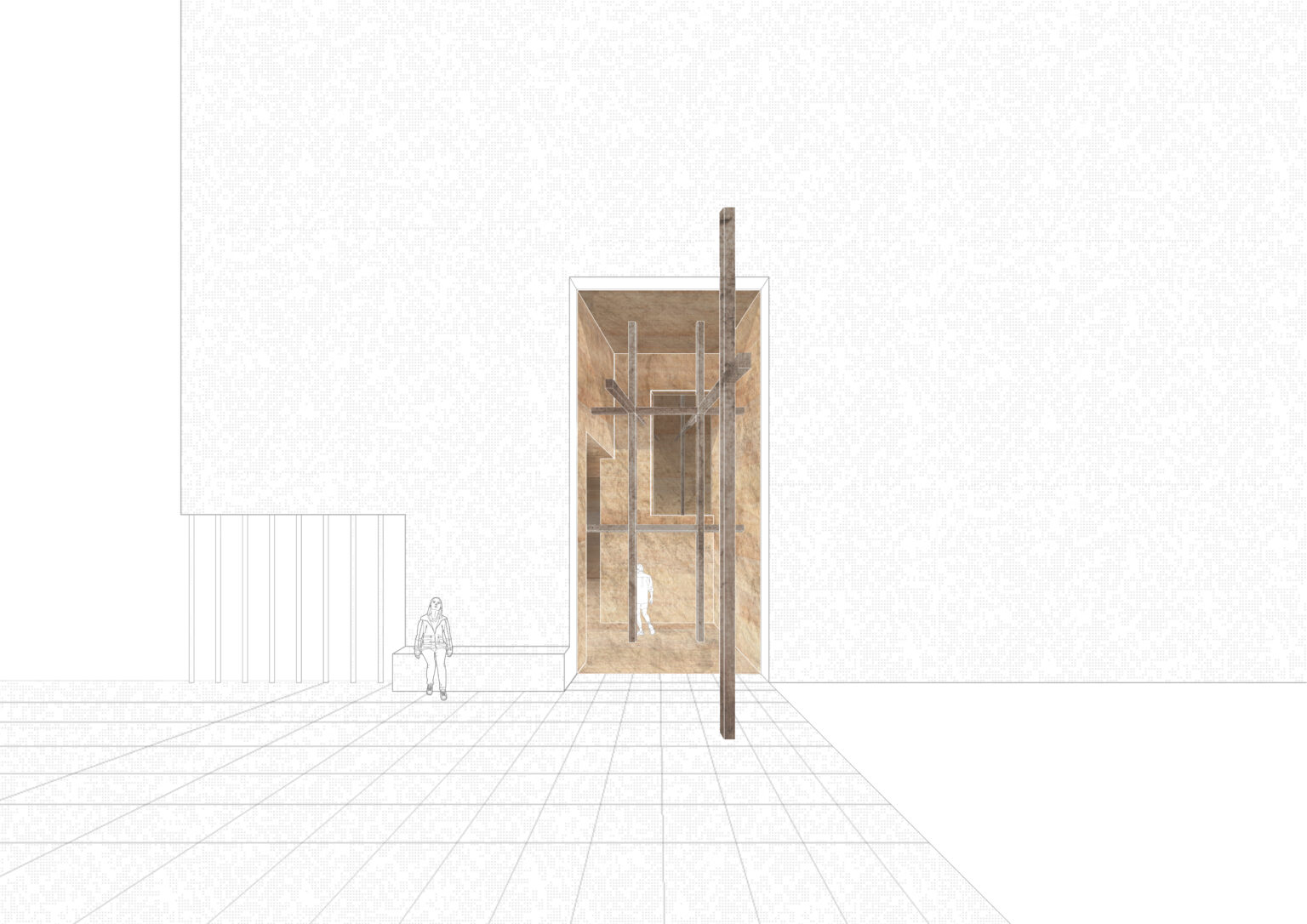 Entrance: From the virtual to the physical 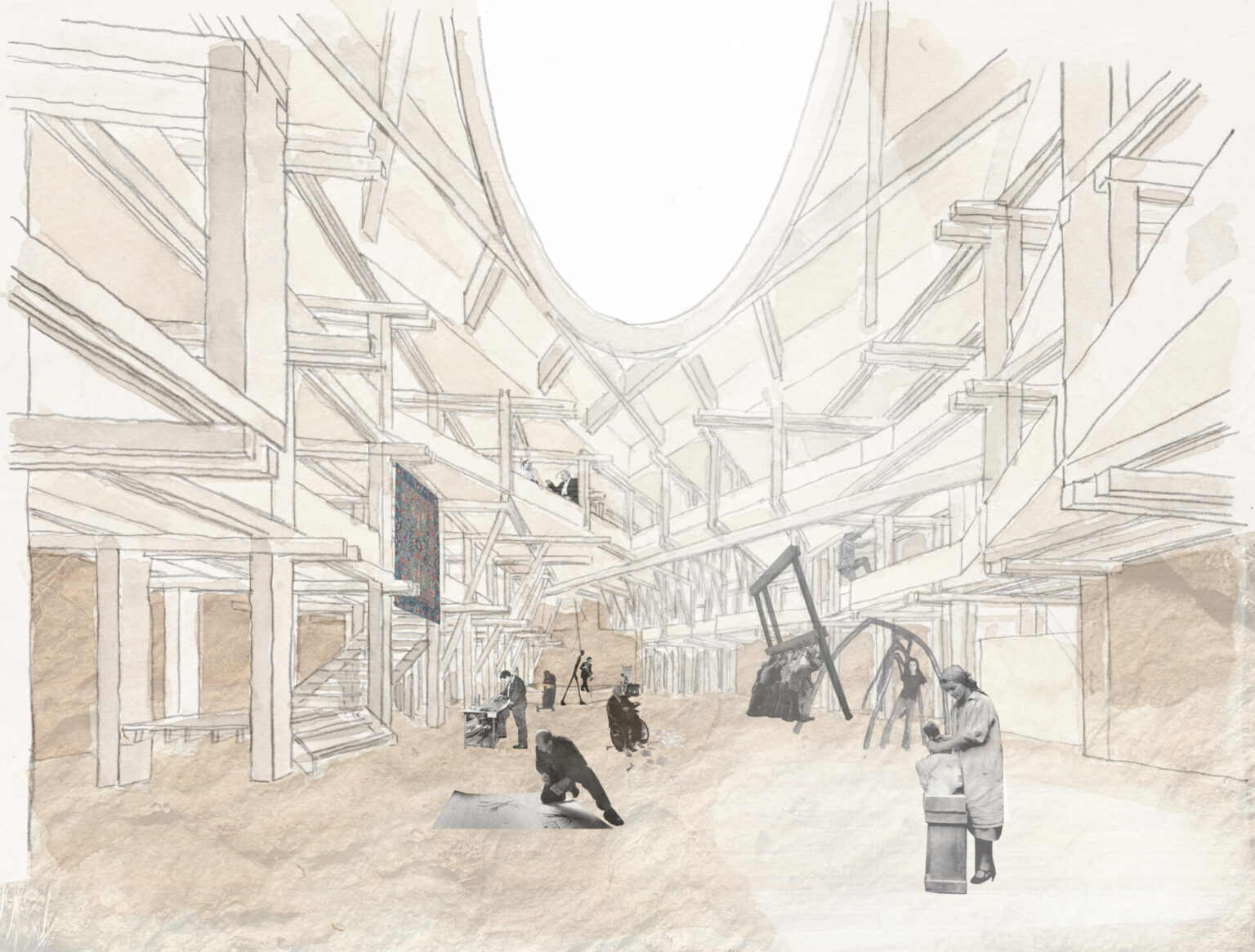 The void of the frame: The Transfer of Embodied Knowledge 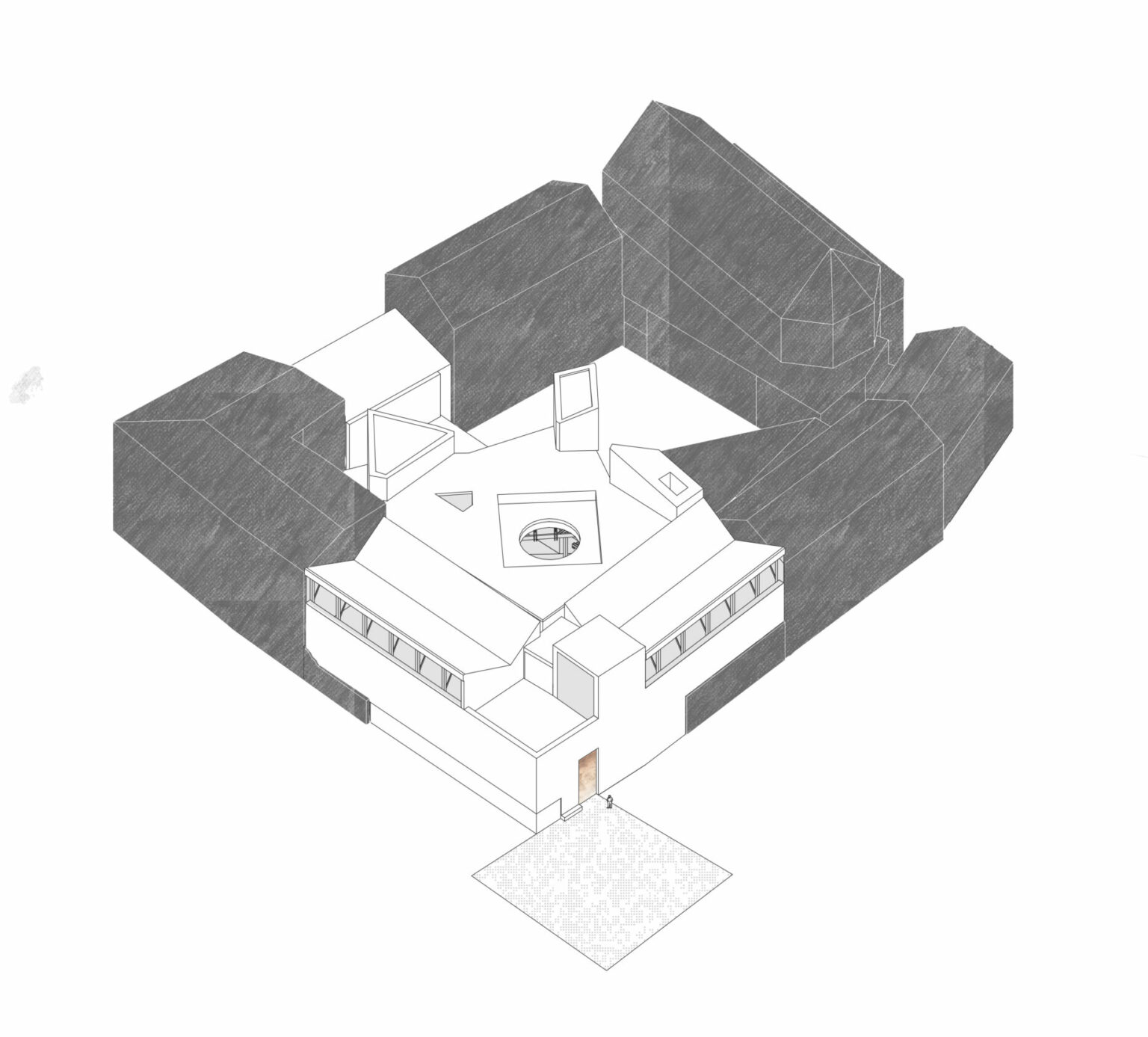 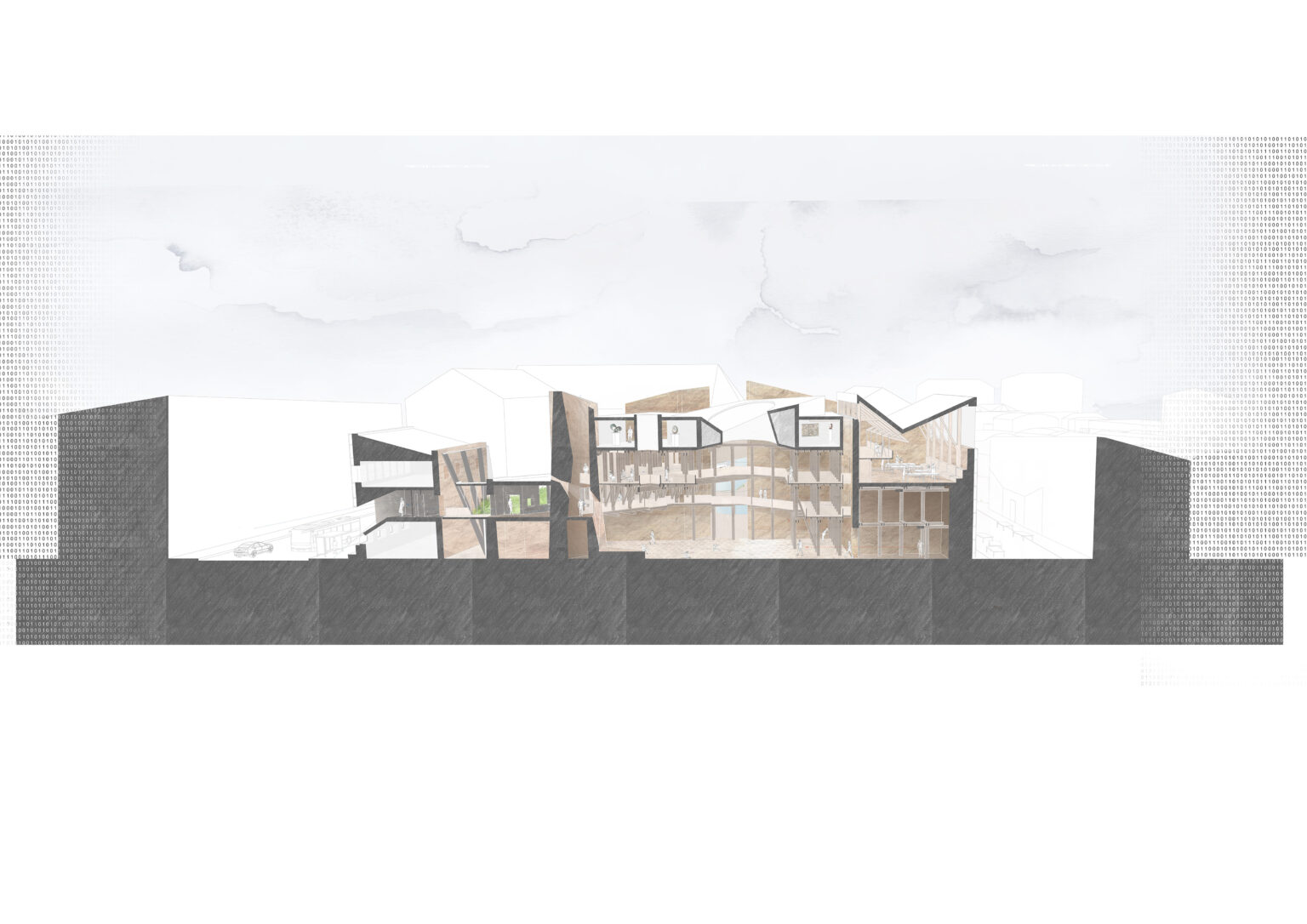