The Urban Food Exchange in Maryhill functions as a community hub where local produce can be grown, sold, stored, and celebrated. The UFEX’s design is primarily influenced by the form, movement, and structure of the Maryhill Locks- a key site feature which commands the surrounding landscape, providing a primary route for both produce and people. Critical points in the lock form outline the UFEX’s boundaries; the public Hub and private House are positioned through following key site contours, embedding the scheme in its landscape. An extended undulating roof mimics the canal’s flowing water, tying the two buildings together and allowing for the collection of rainwater at an external harvesting point. An external roof canopy and garden acts as a community space where produce can be grown and gathered. The north façade’s large, pivoting doorways mimic the lock’s gates; they can be opened to extend the community space up to the lock boundary, or closed dependent on the use of the scheme. By tying itself to the Lock form in its design, the Urban Food Exchange provides a striking community resource where energy, landscape and culture can be celebrated. 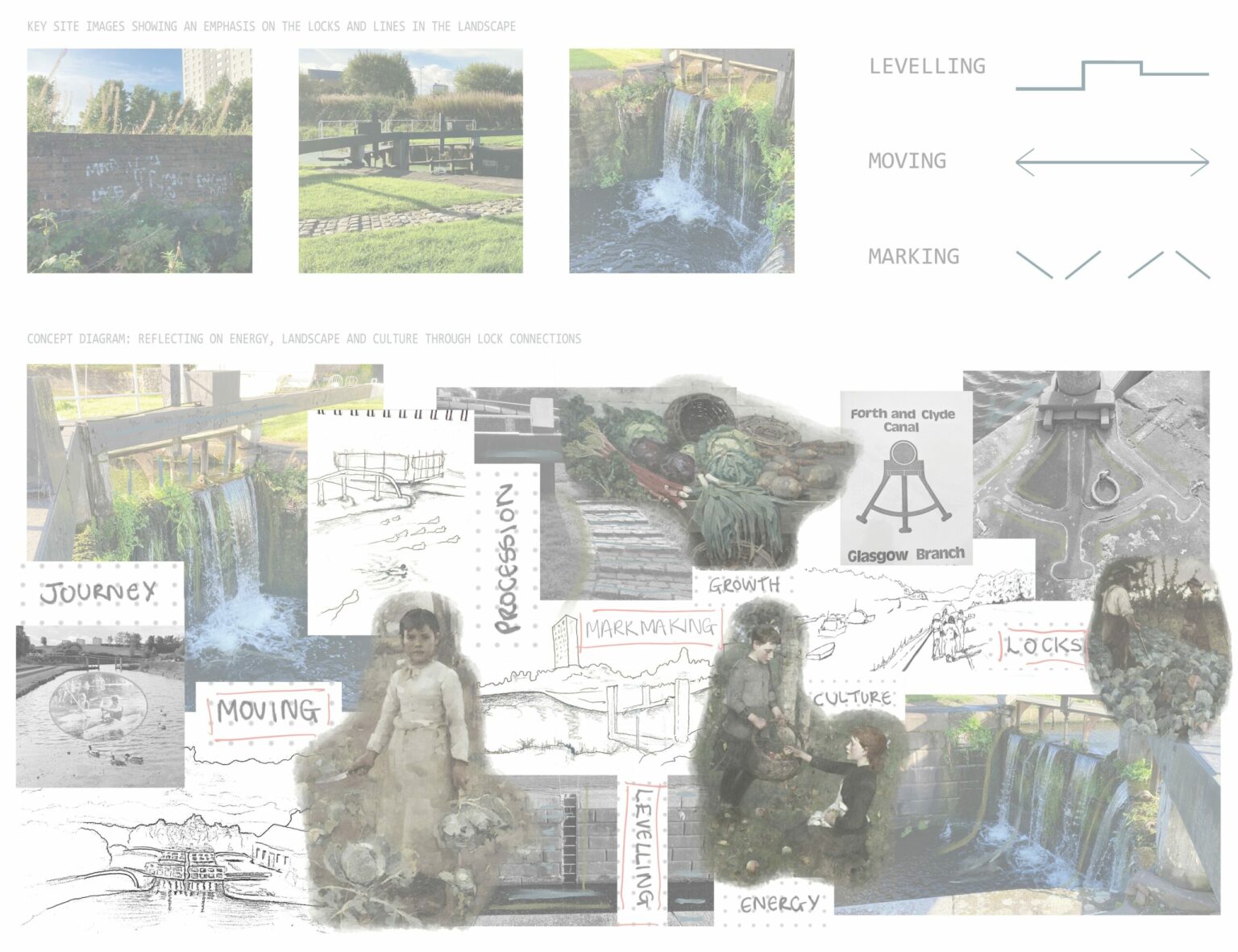 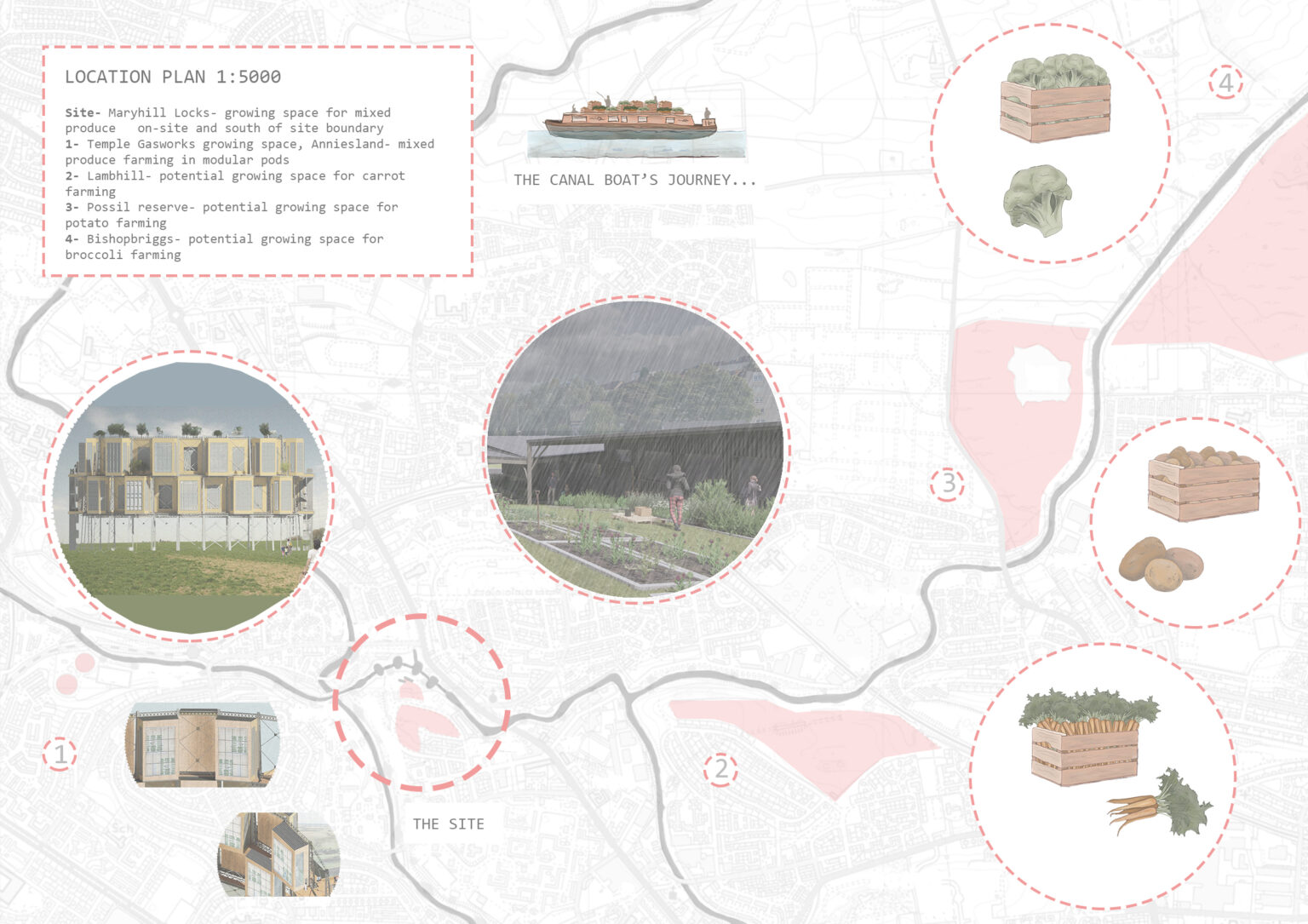 Analysing the Forth and Clyde canal waterway and selecting growing spaces for produce.
2 of 5
Previous Next
Close 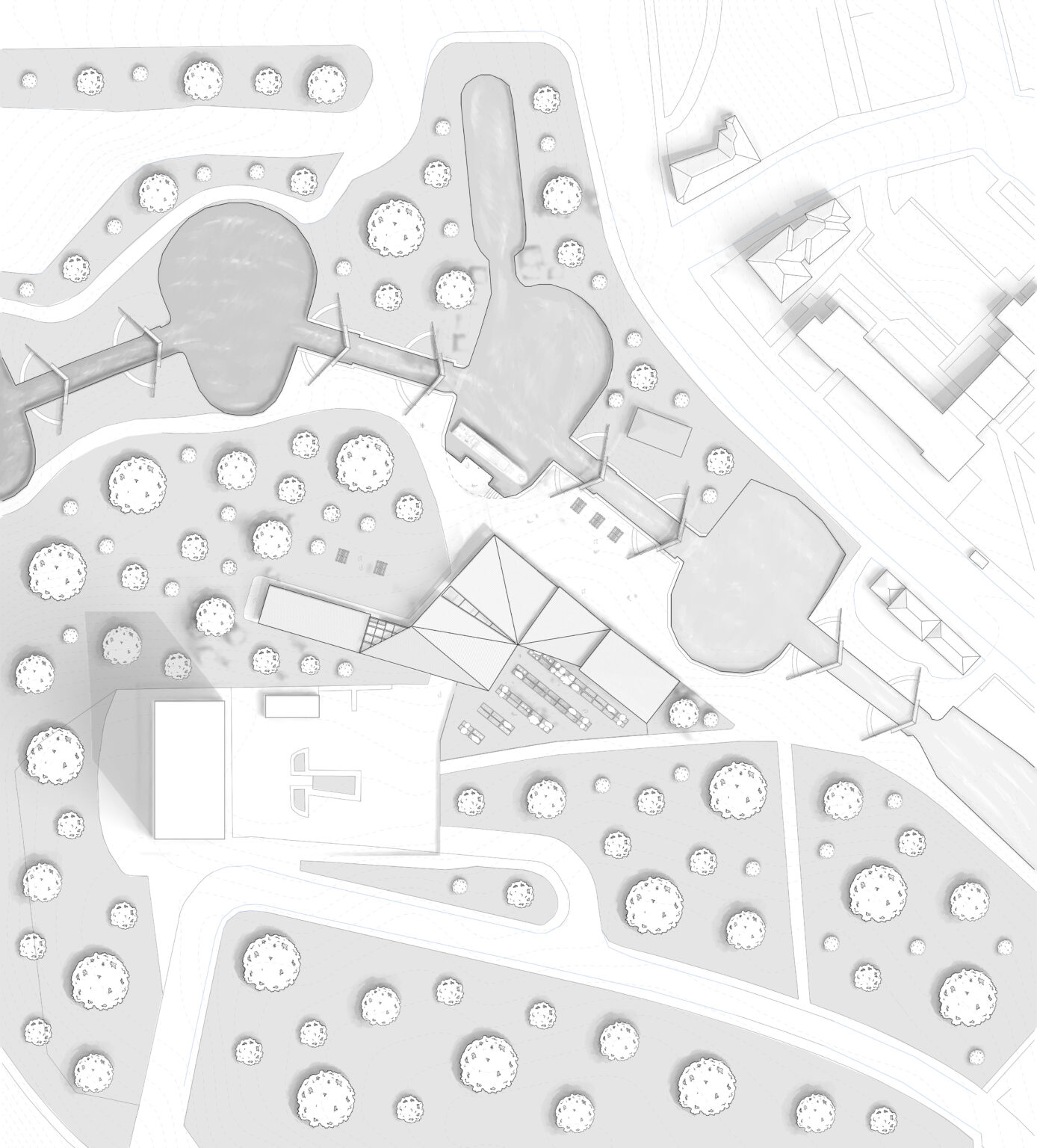 The UFEX in context
4 of 5
Previous Next
Close 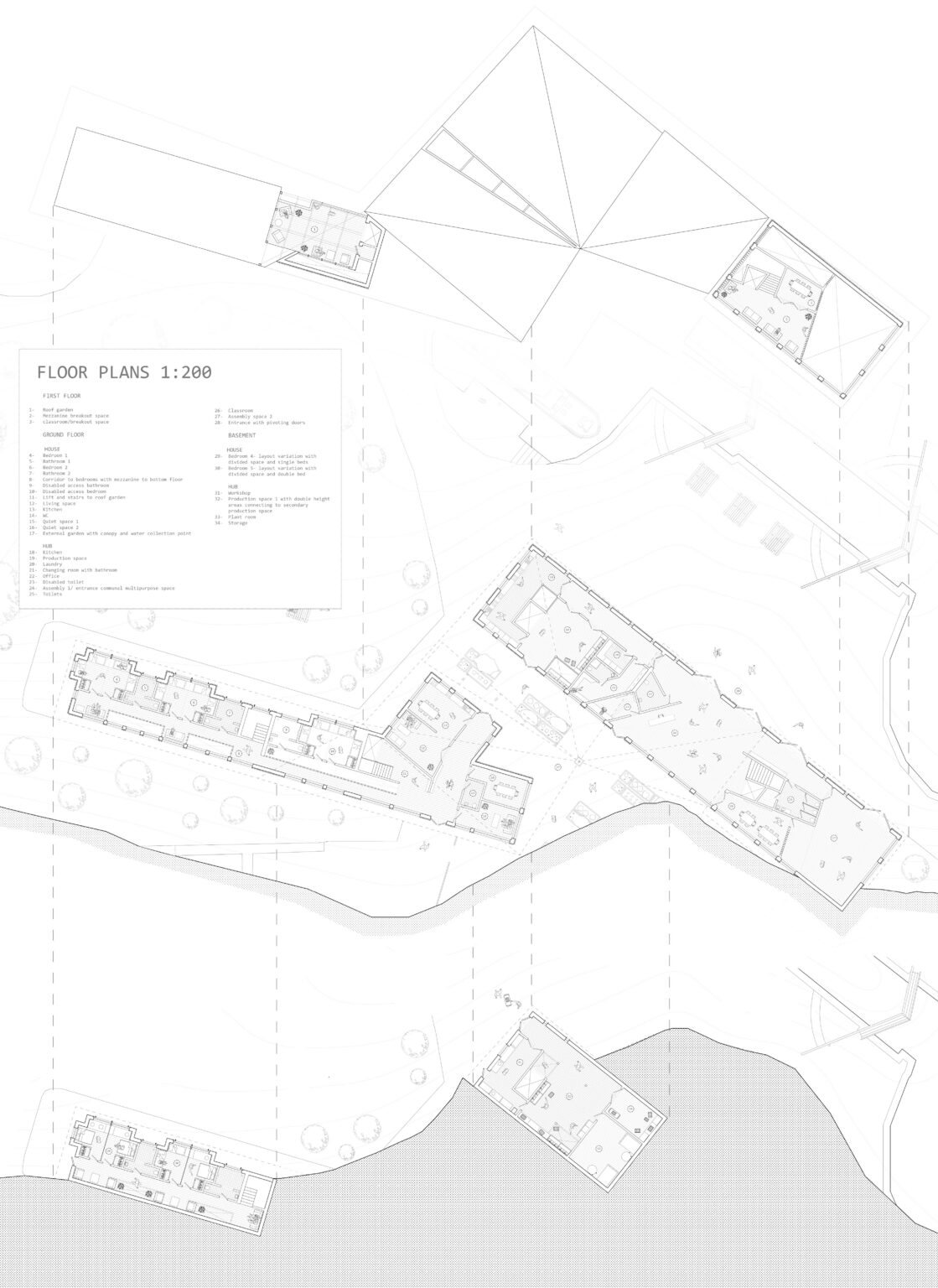