More than five million people have fled Venezuela over the last 10 years.

Political upheaval, economic crisis, a high mortality rate due to lack of medicines, food and crime are only some of the reasons behind the exodus.
Today, the Venezuelan exodus has become the largest refugee crisis in the Americas and the Bolivarian Diaspora is scattered all around the world. Still, information about this migratory phenomenon is scarcely available and many countries do not yet recognise Venezuelan migrants as asylum seekers worth of refugee status.
‍
The aim of my project was to research and gather in one place the numbers behind the exodus and translate them into through-provoking visualisations. As an inhabitant of the Venezuelan Diaspora, I feel I have a quote of responsibility in raising awareness around this issue; which I aim to fulfil with my artistic practice. For these data visualisations, I first research and gathered data from governmental and charity websites, and later used Processing to accurately and proportionally visualise the collected numbers. I also used Illustrator and Photoshop for designing mock-ups and After Effects for videos and map animations.
‍
My goal was to create a campaign and a set of physical publications to be distributed, making a positive impact in the long-term visibility of what is now one of the largest migratory crisis of our contemporary world. 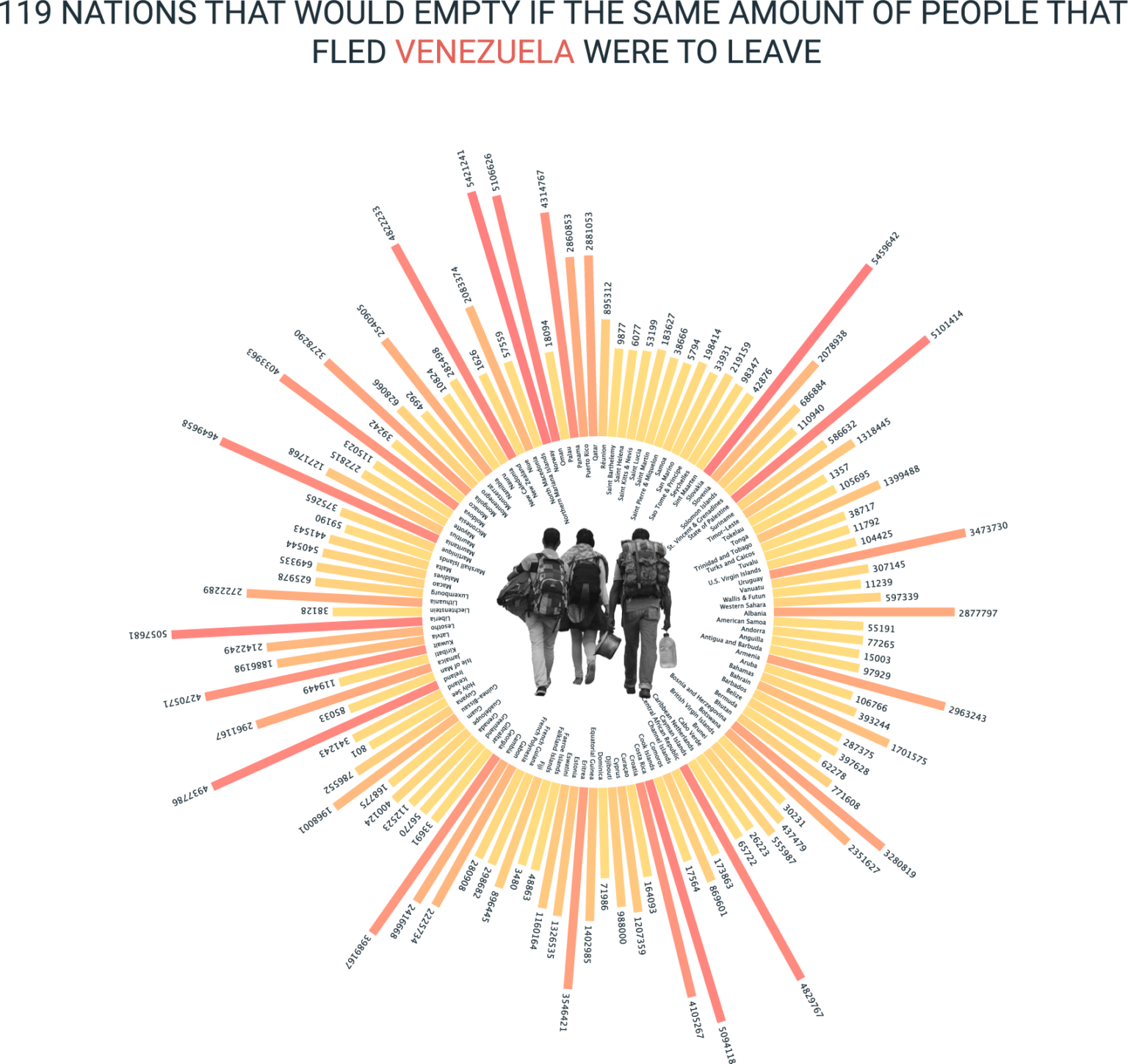