Over the years, Glasgow witnesses all kinds of transformation from an industrial centre to culture and creative hub. Many regeneration plans have been carried out to help Glasgow to grow as a great city. In the Vision 2035 report, the city council envisions that the city centre of Glasgow will be home to 40,000 citizens, which is a double of the current population. The envisioned plan is to create an inclusive and liveable urban environment that would attract people back into the heart of Glasgow to live, work and start businesses, to ensure social, cultural, environmental and economic resilience. Ultimately helps the city thrive again. The intention of transforming Glasgow into a compact city would benefit both the city and its citizens, as the concentration of economic opportunities and cultural activities enhance the city’s sustainability. However, densification of the built environment and the residential population does not necessarily guarantee intensity and vibrancy in an urban environment. In this project, it investigates the application of the theory of Urban DMA that help to reactivate and revive a dull urban area.

This project sets in one of the regeneration areas. It examines the features of the current regeneration master plan and its potential impacts on the surrounding site. The project aims to provide a more integrated proposal and exploit the full potential of the selected site to create intensity and re-promote the district as one of the urban nodes in the city centre.

This proposal aims to regenerate the stagnant area in Laurieston, by repurposing the underused railway viaduct arches and the car parking dominated subway station site to reform the unattractive street front of Eglinton street. This thesis explores the theme of hybrid architecture and its adaptation in the urban context of Glasgow. The employment of the hybrid qualities would produce an intensity of public life. The complex consists of a theatre, a community centre, a range of urban rooms and the existing Bridge Street subway station. The mix of programs interpenetrated and blurred with urban public space create a vibrant place where the communities encounter, exchange and explore. The project’s ethical position stresses cultural equality for citizens from all classes. A range of communal spaces shared by the theatre and the community courtyard theatre encourages the exchange between the professional actors and amateurs, promotes the theatre culture that used to be accessed by an exclusive few, opens the spaces and choices to the diverse groups. 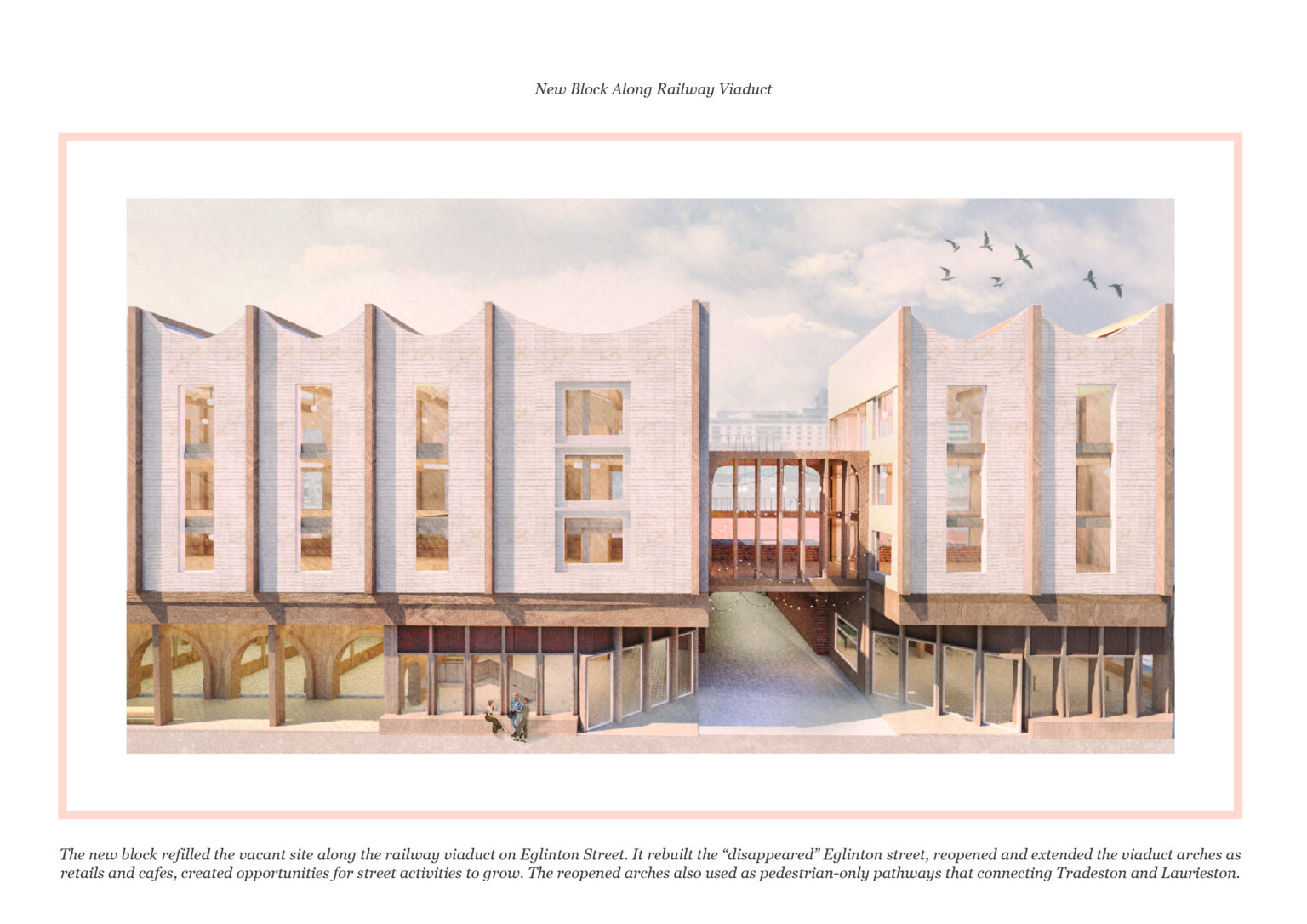 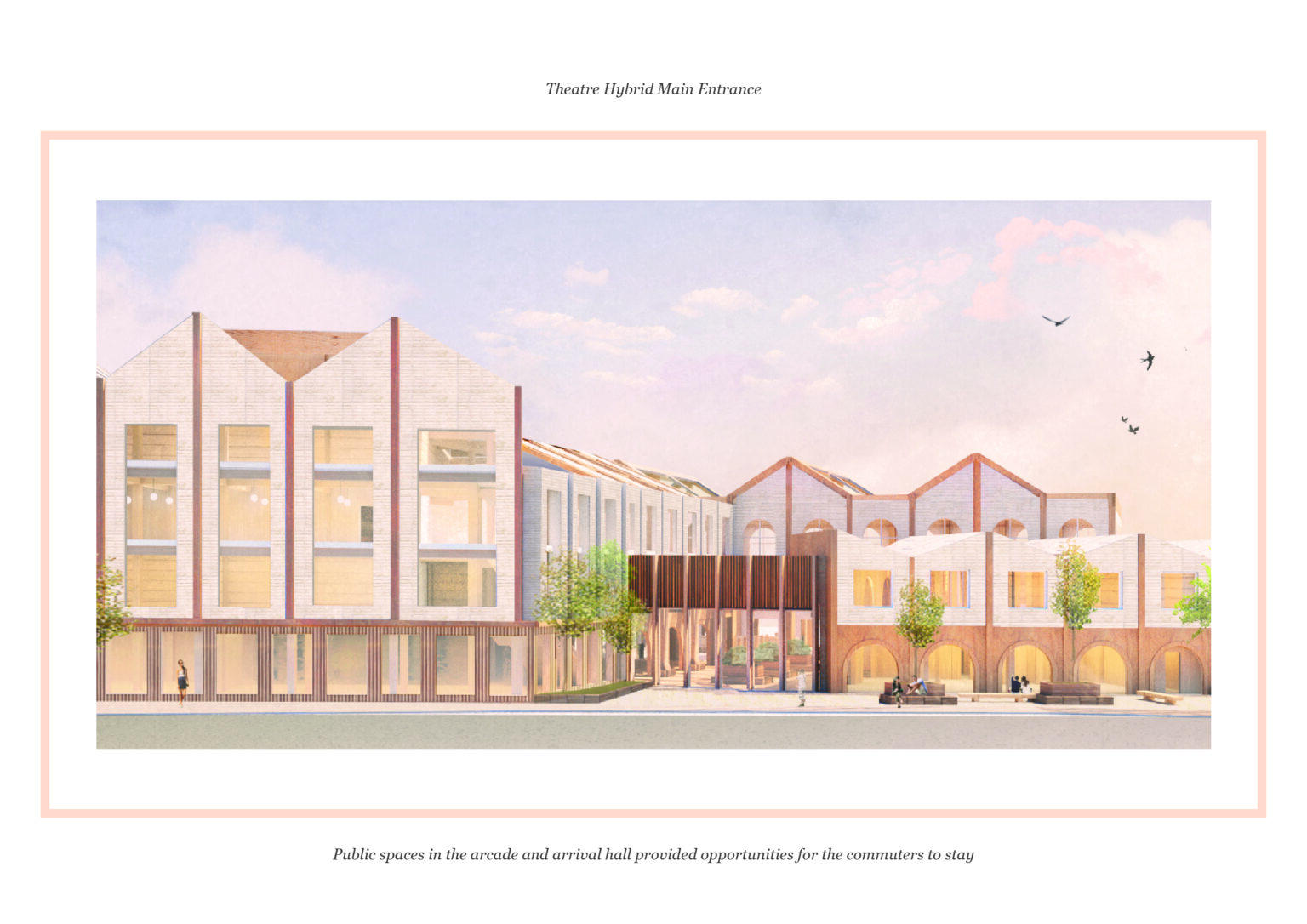 2 of 27
Previous Next
Close 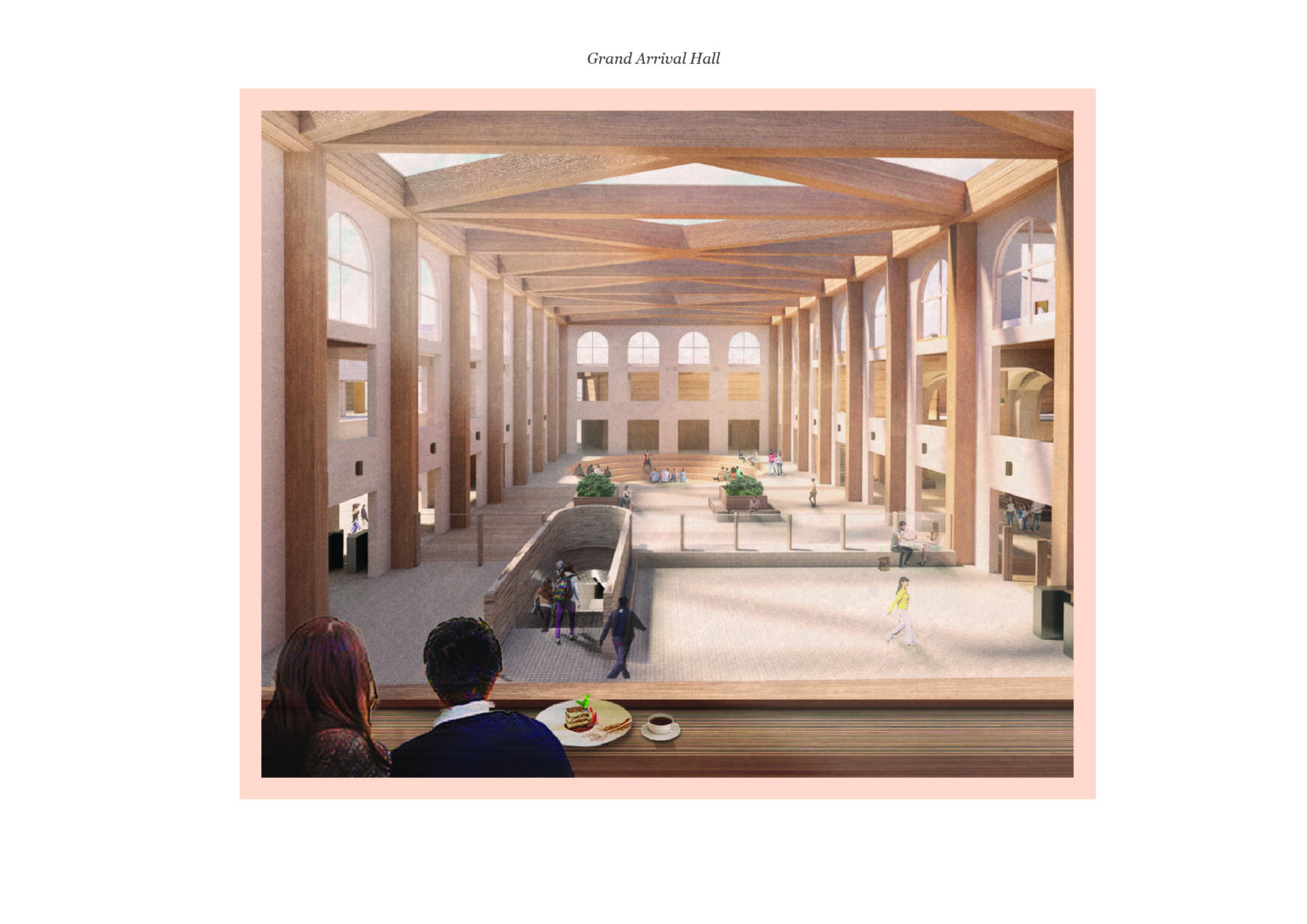 3 of 27
Previous Next
Close 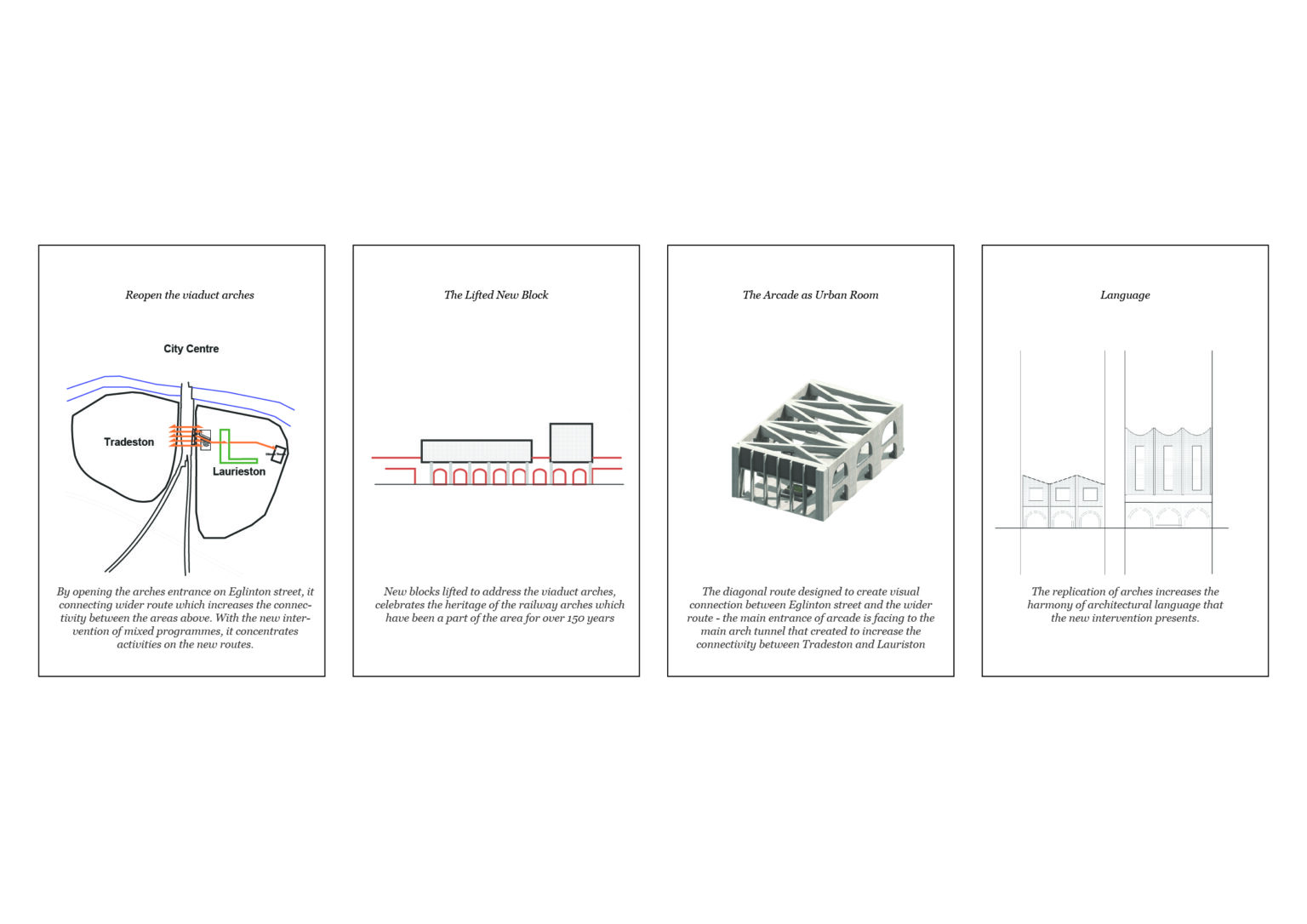 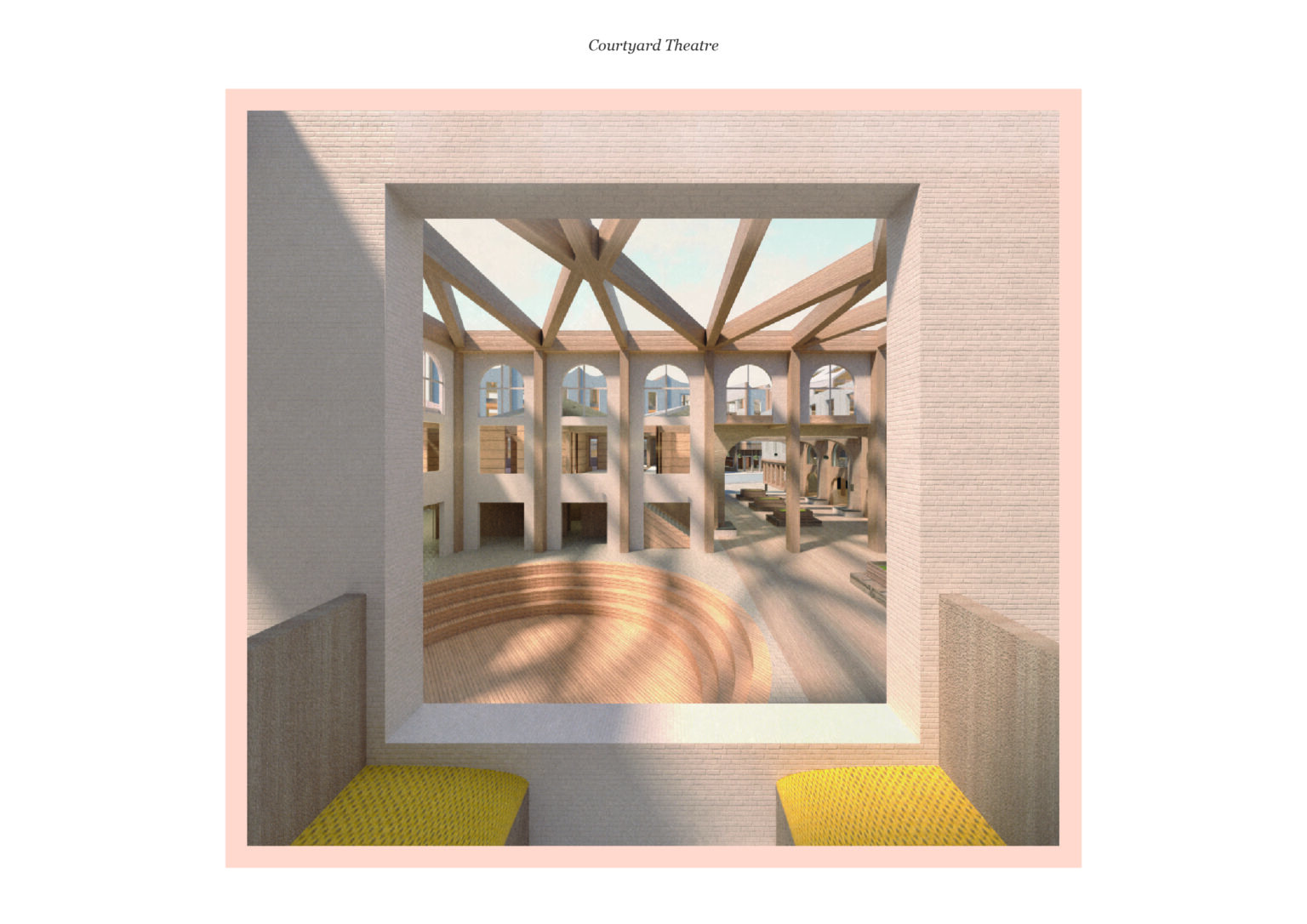 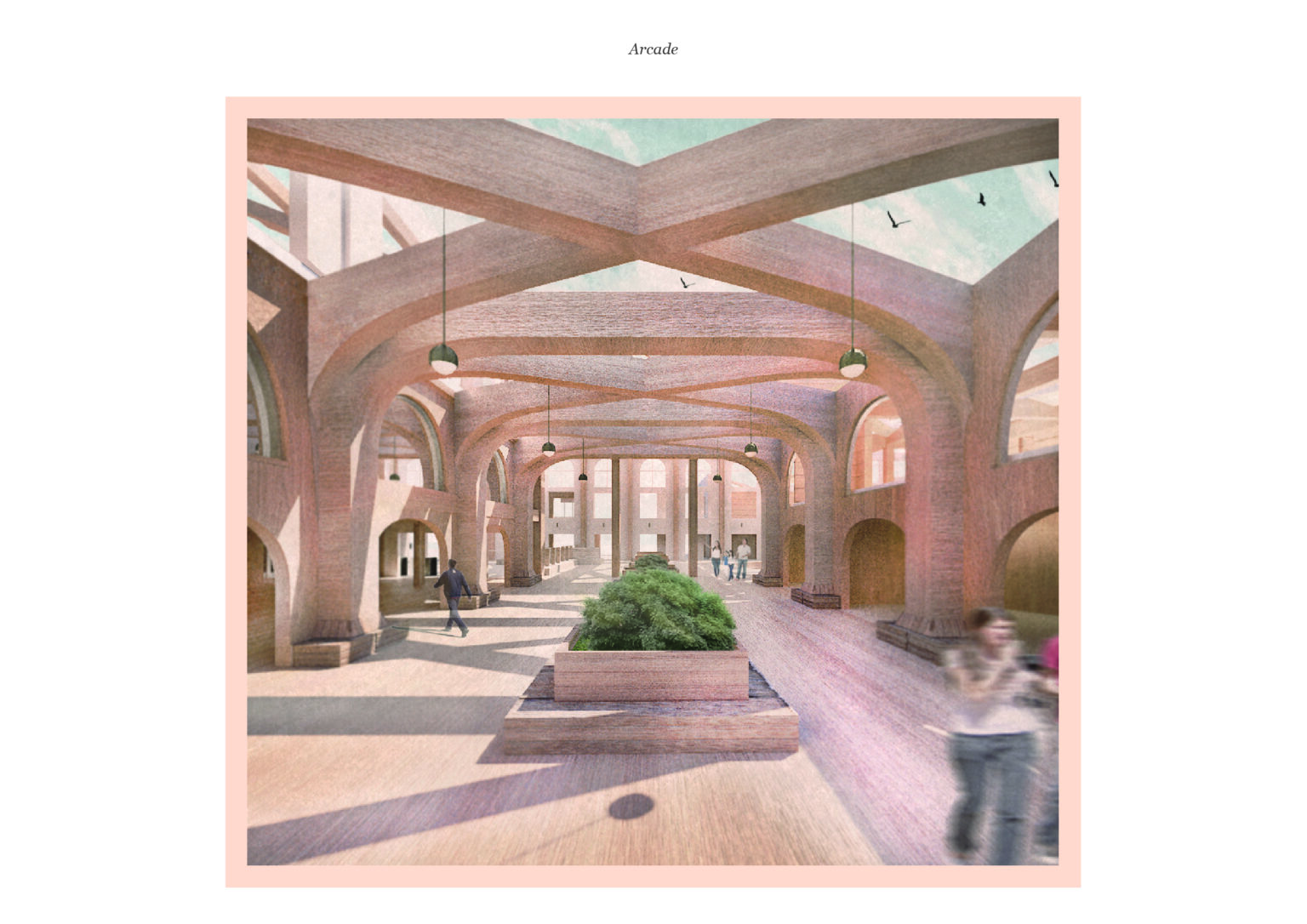 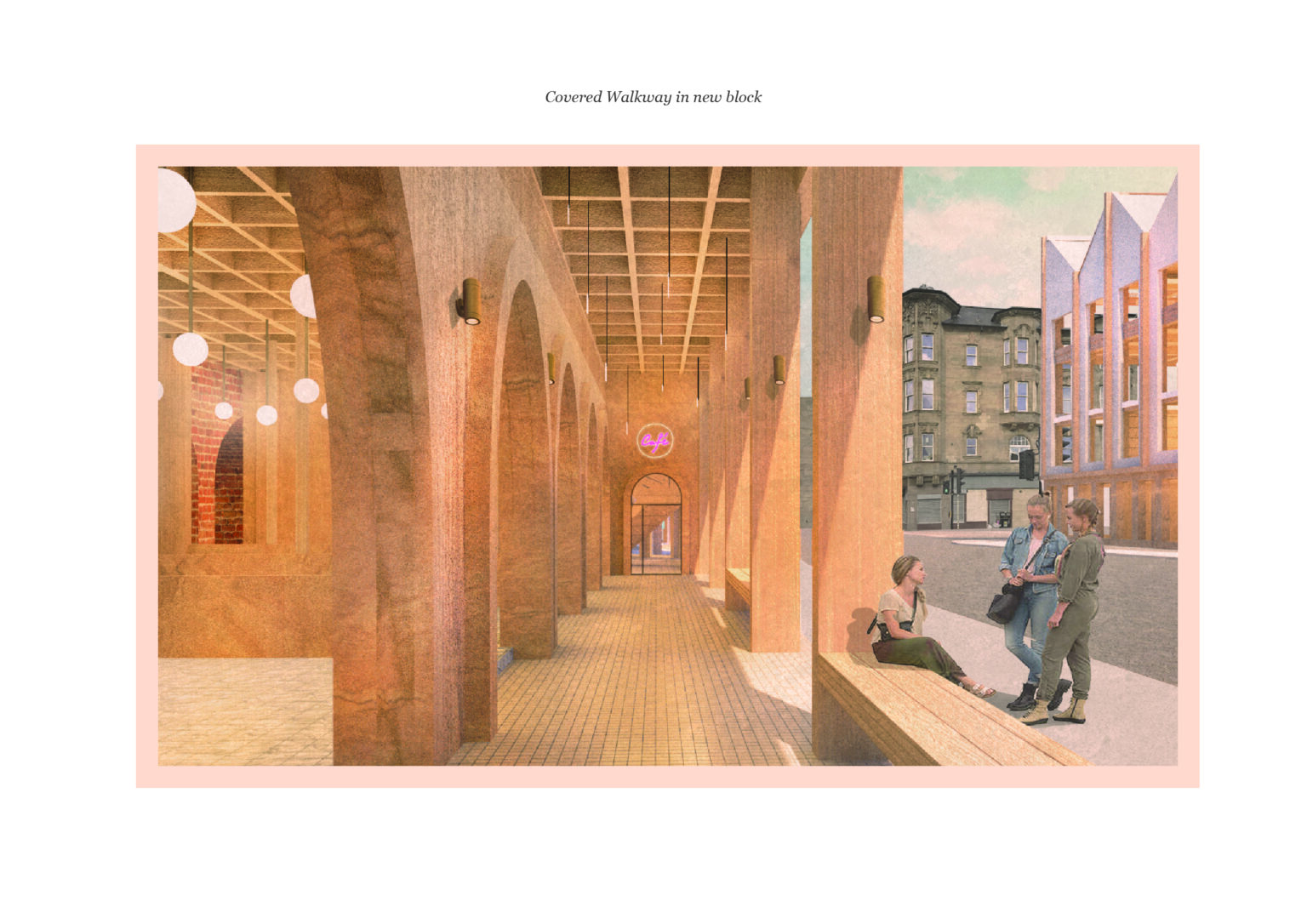 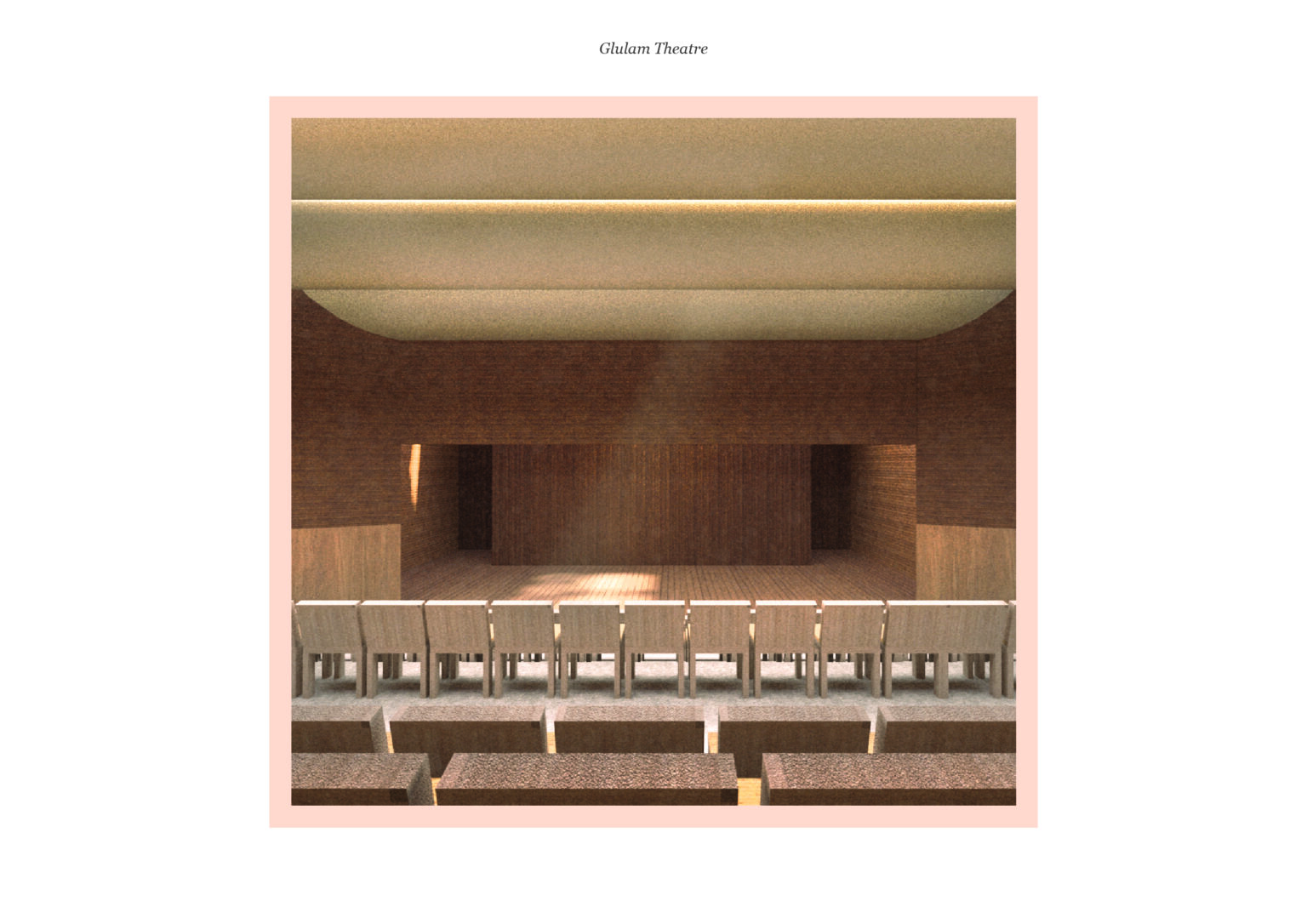 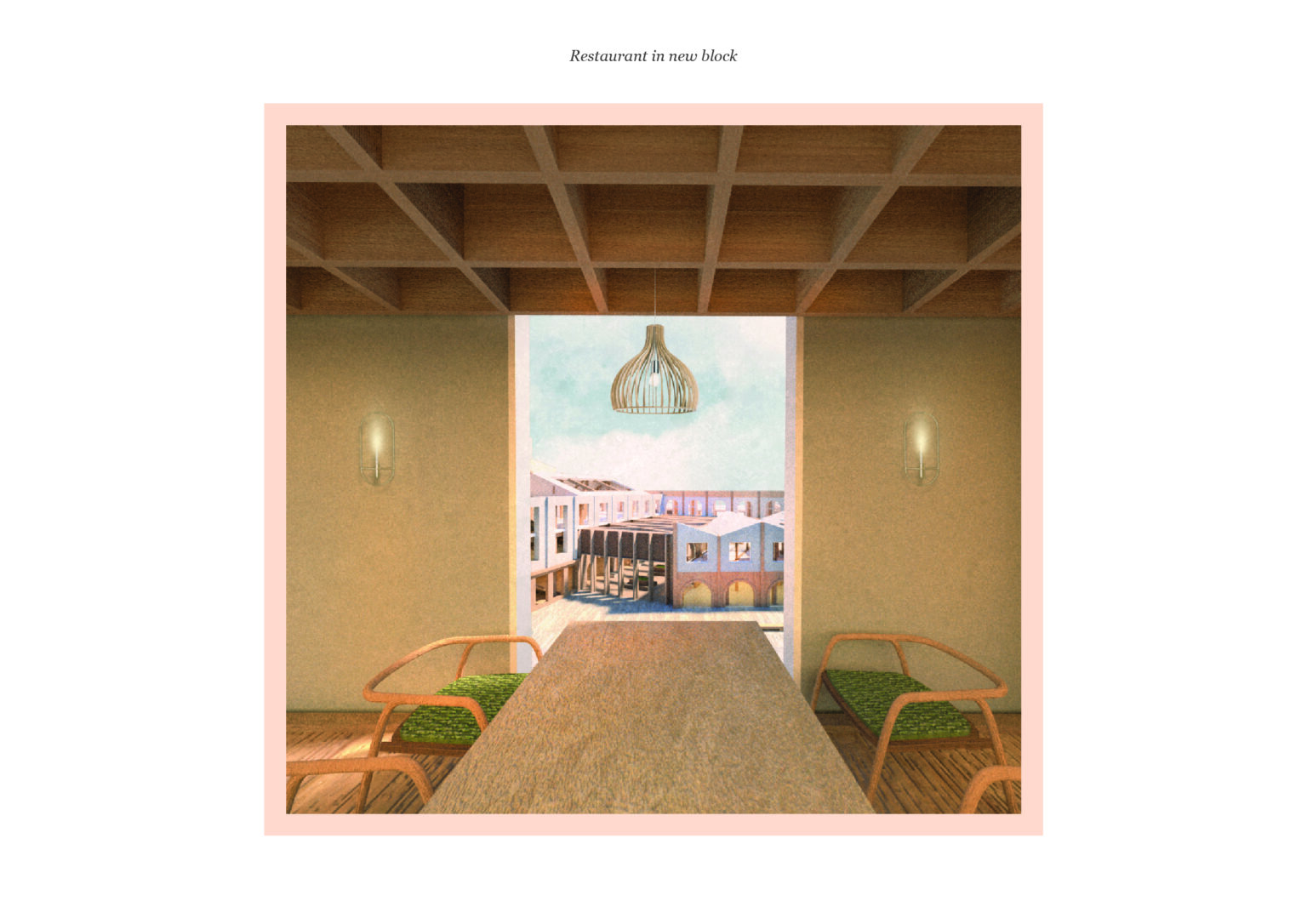 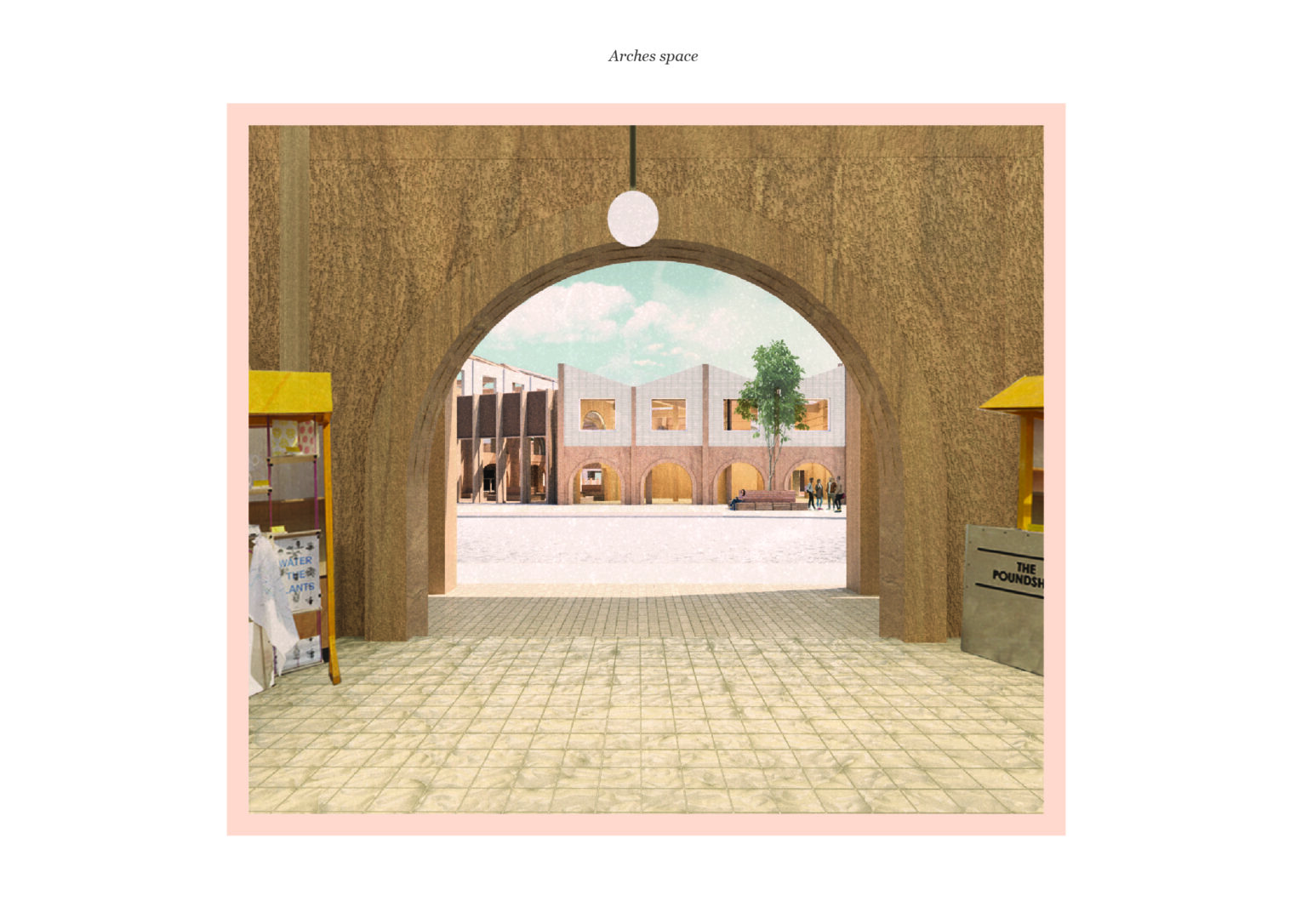 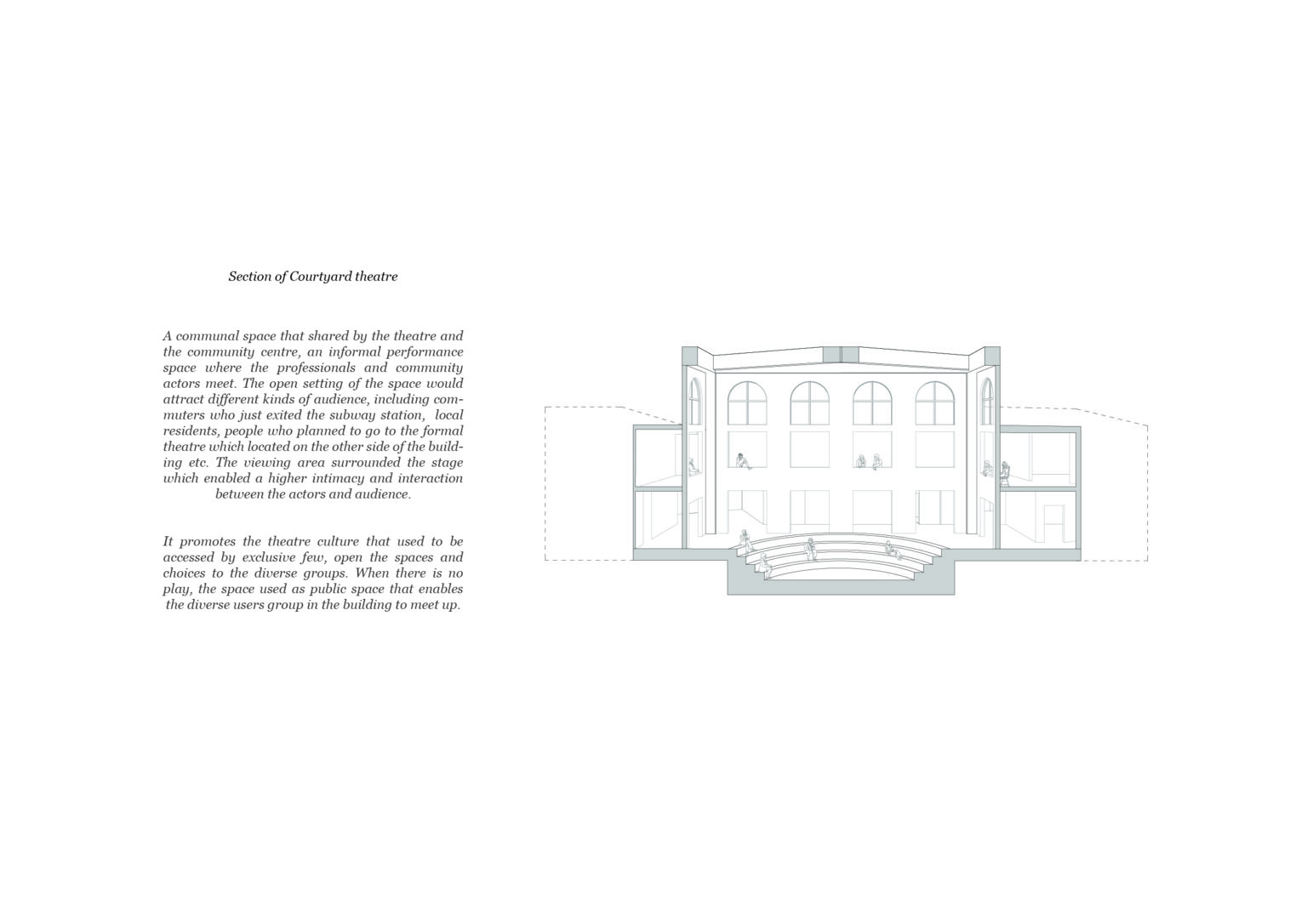 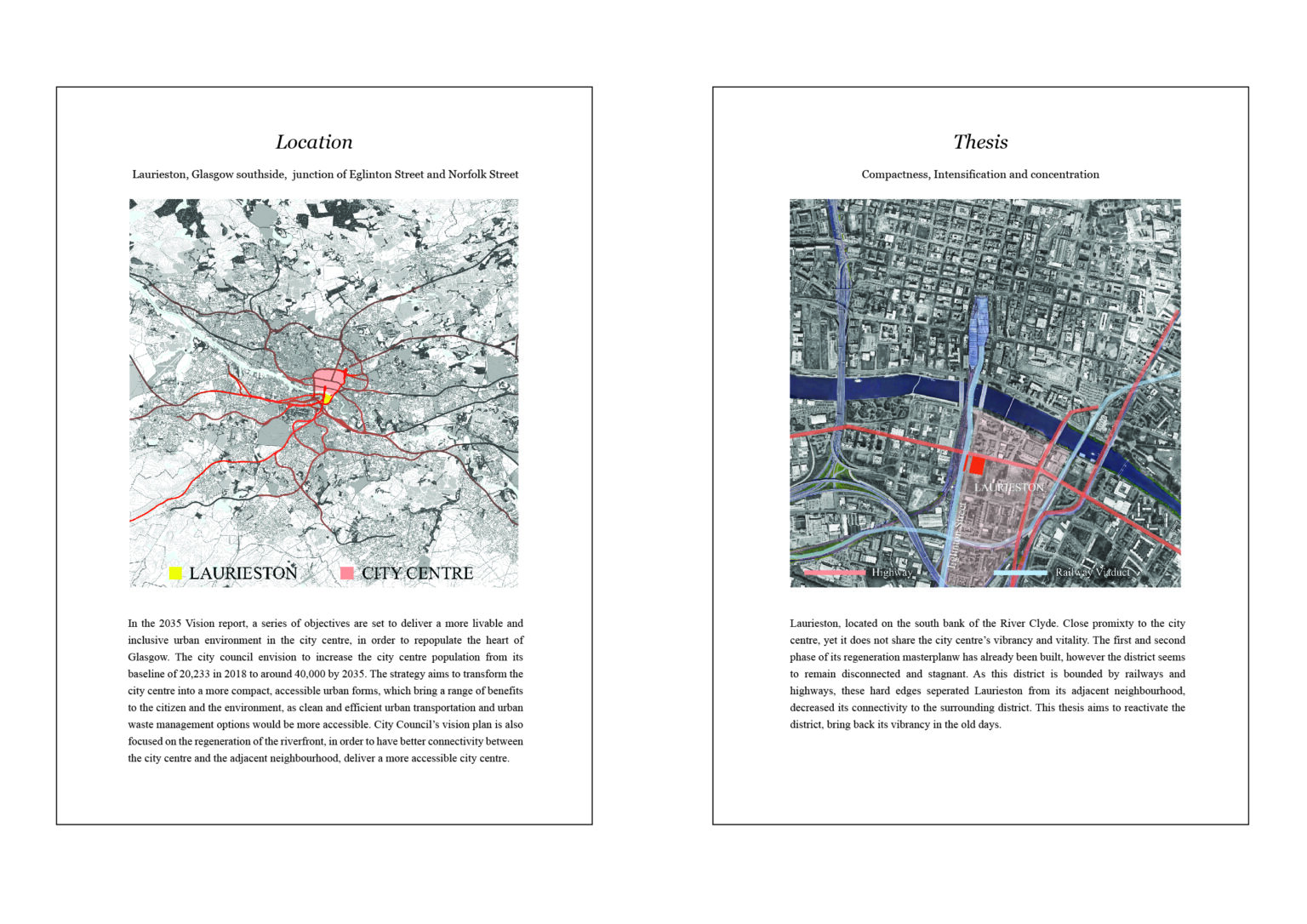 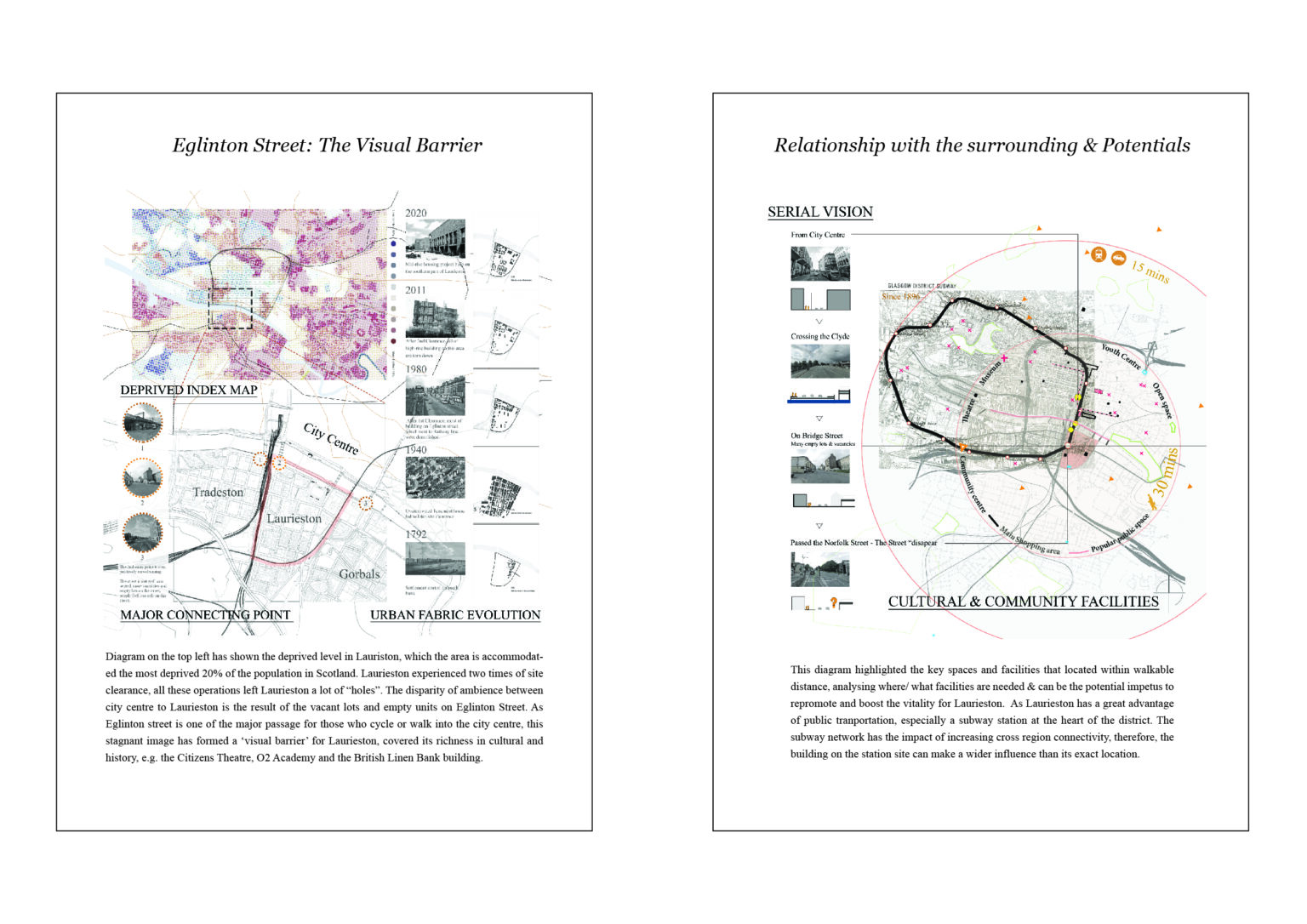 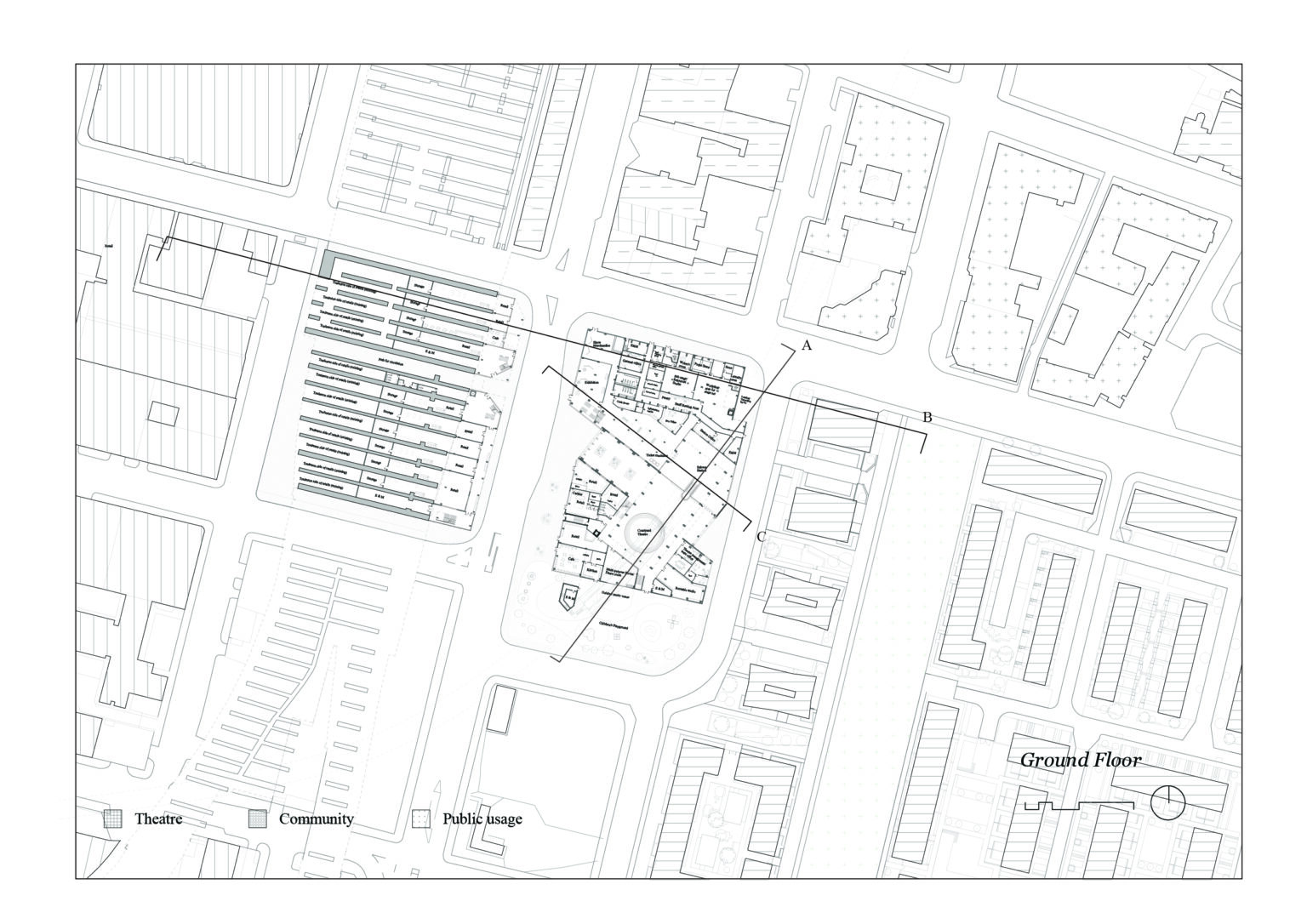 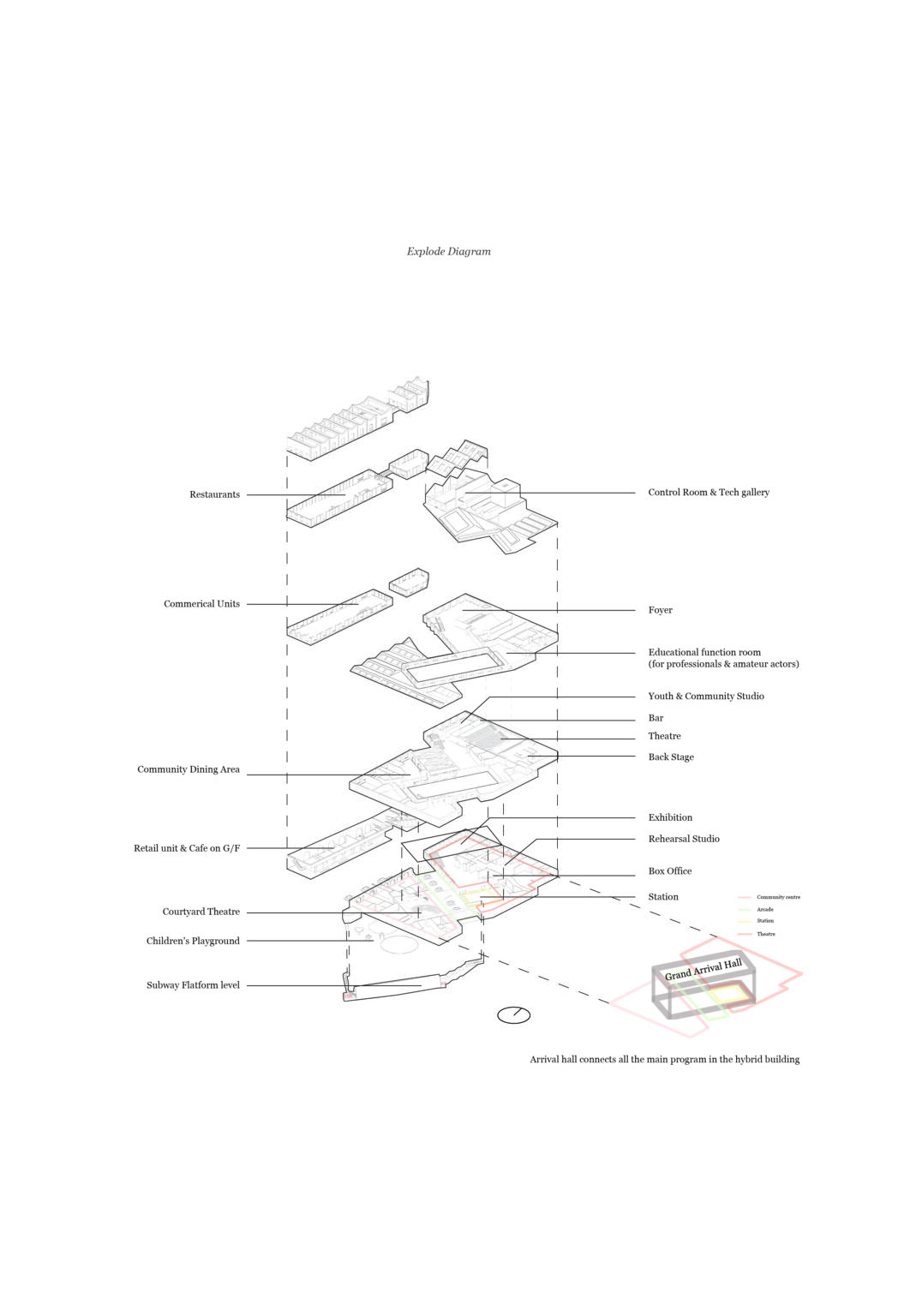 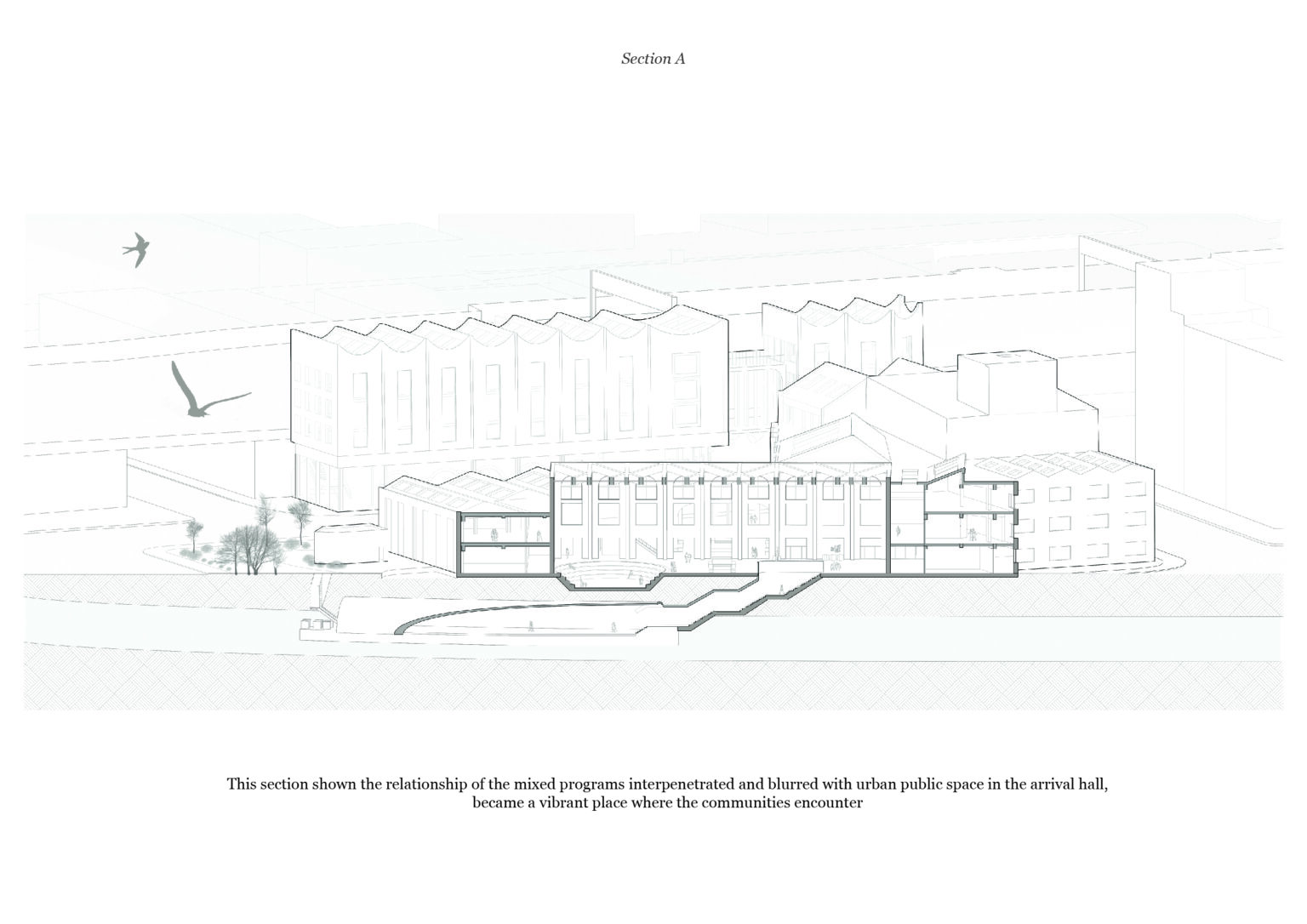 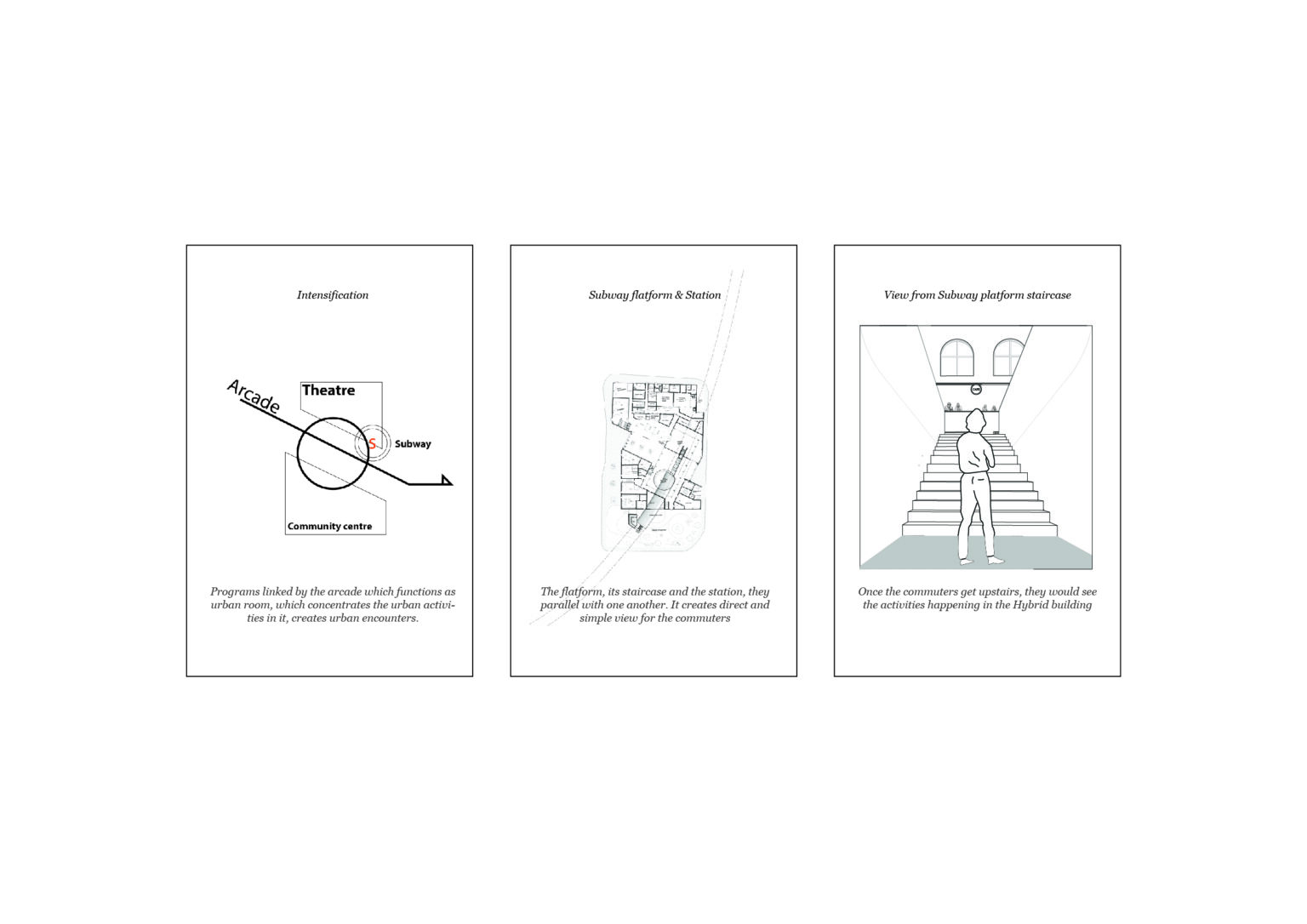 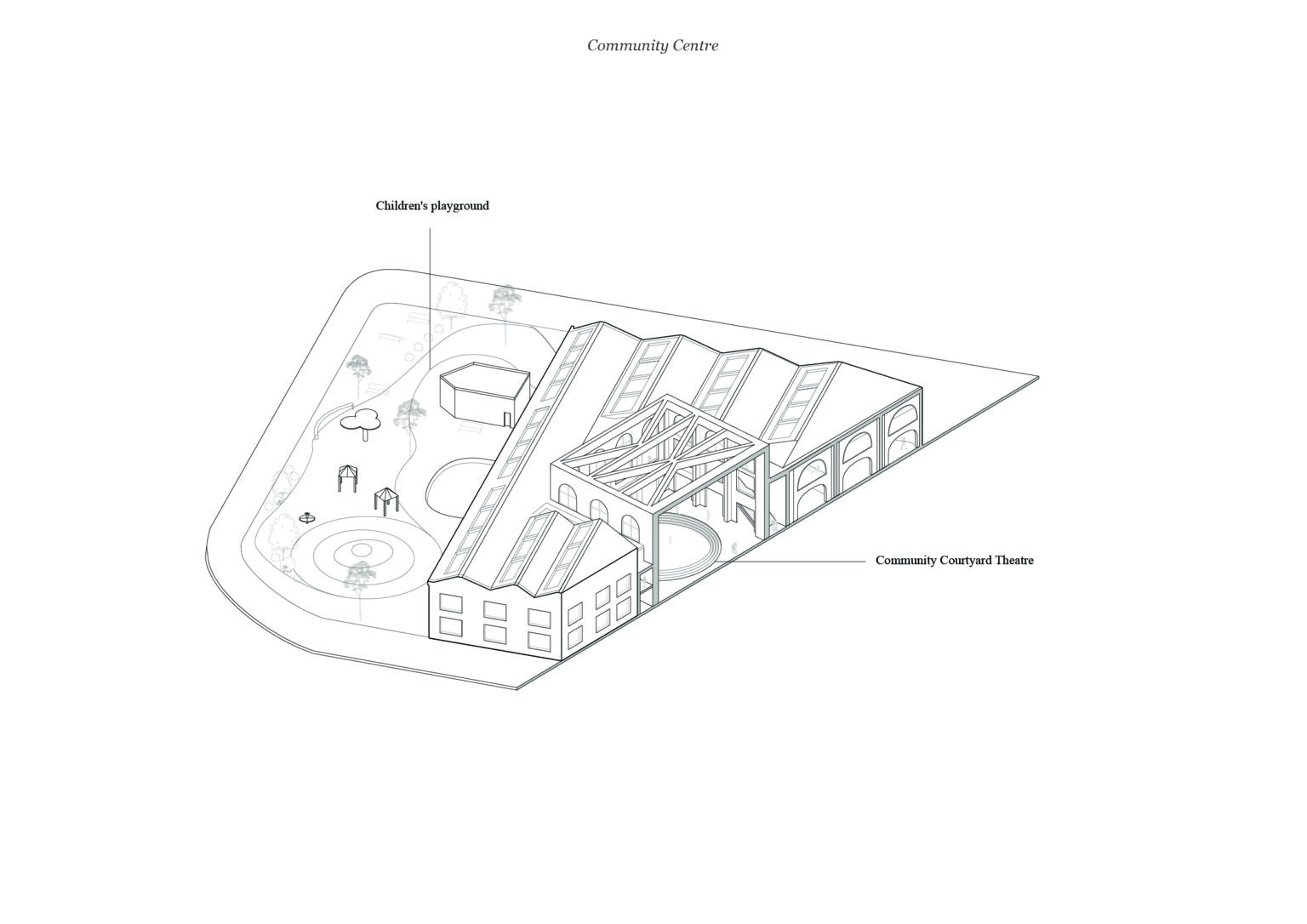 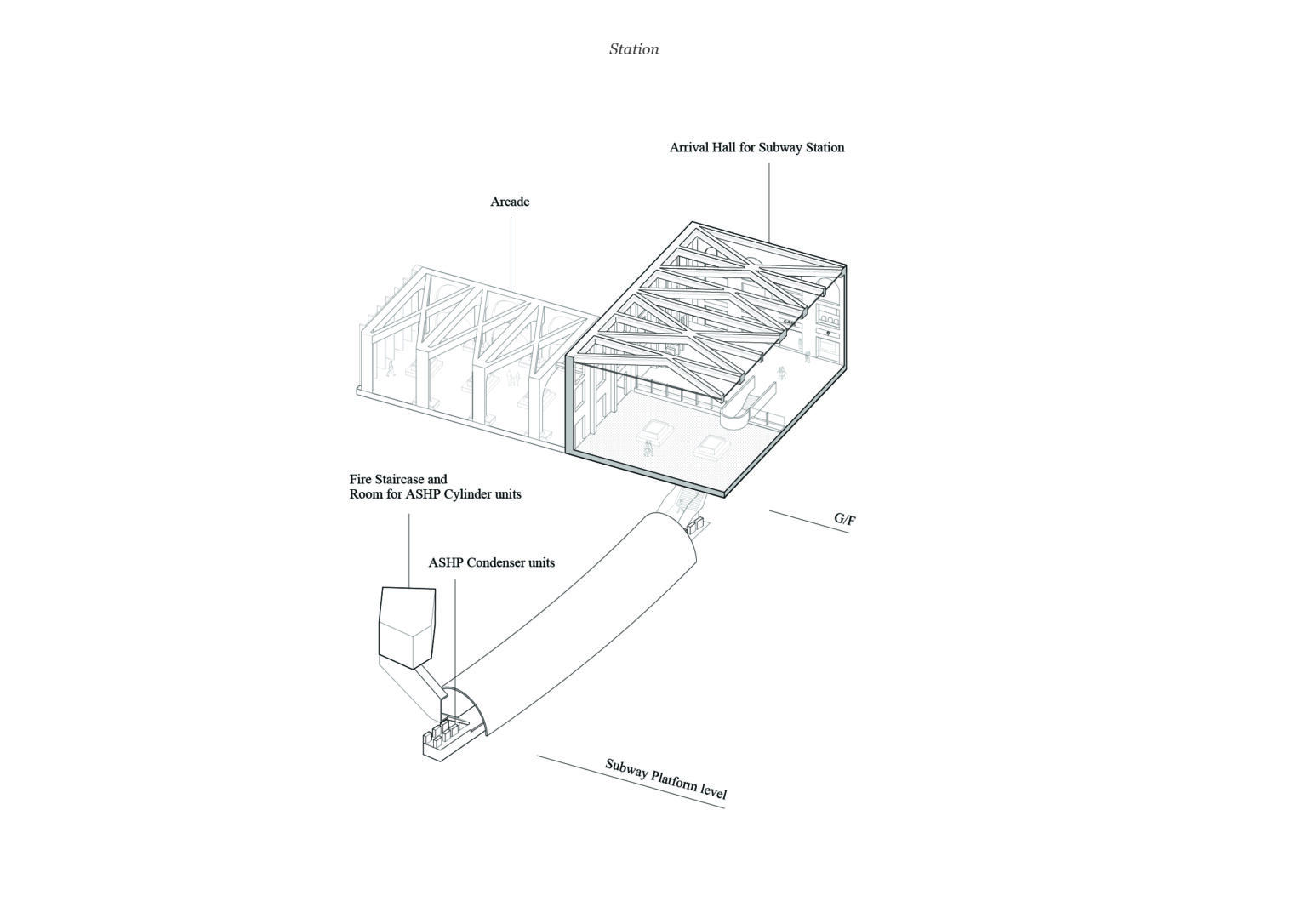 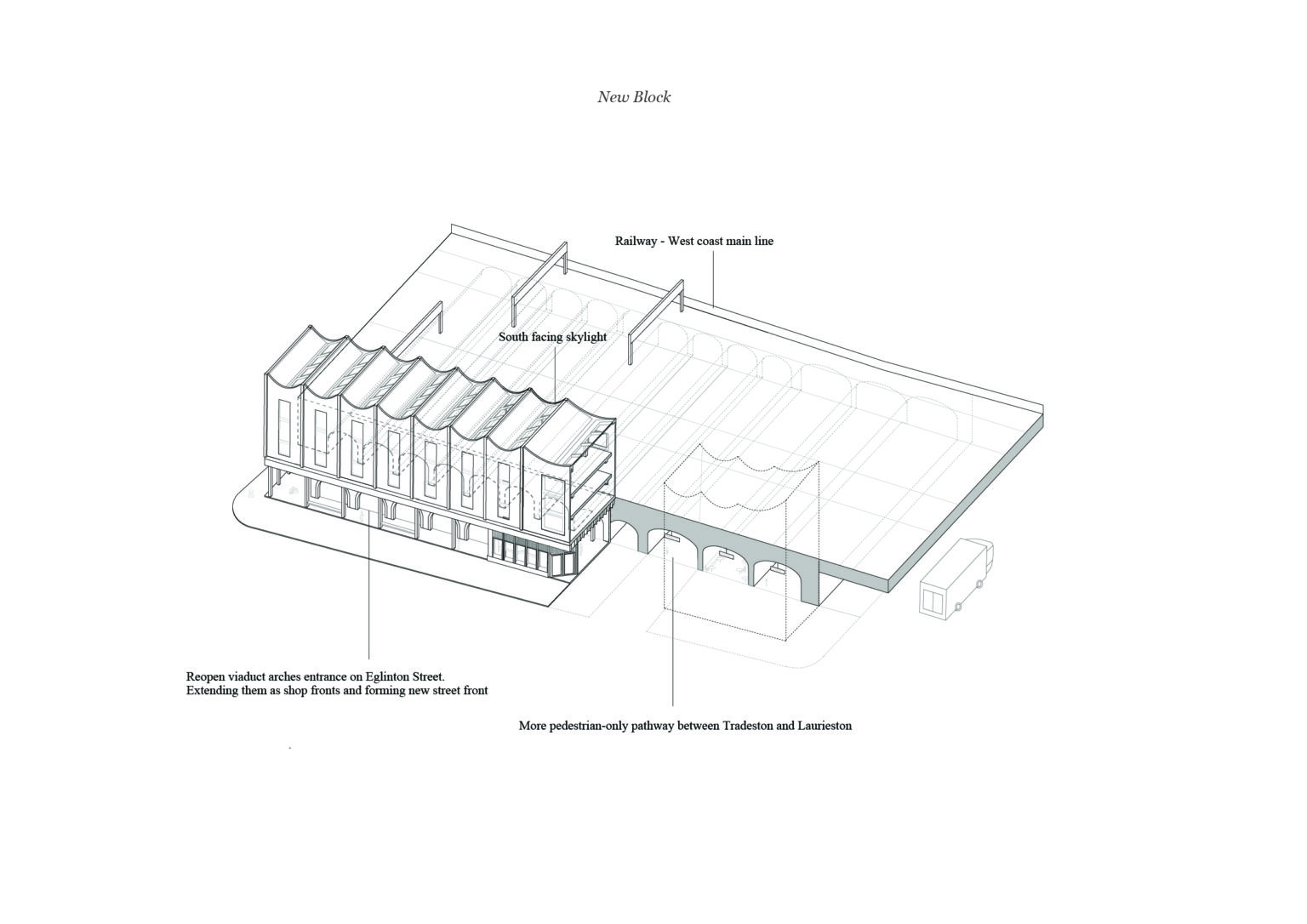 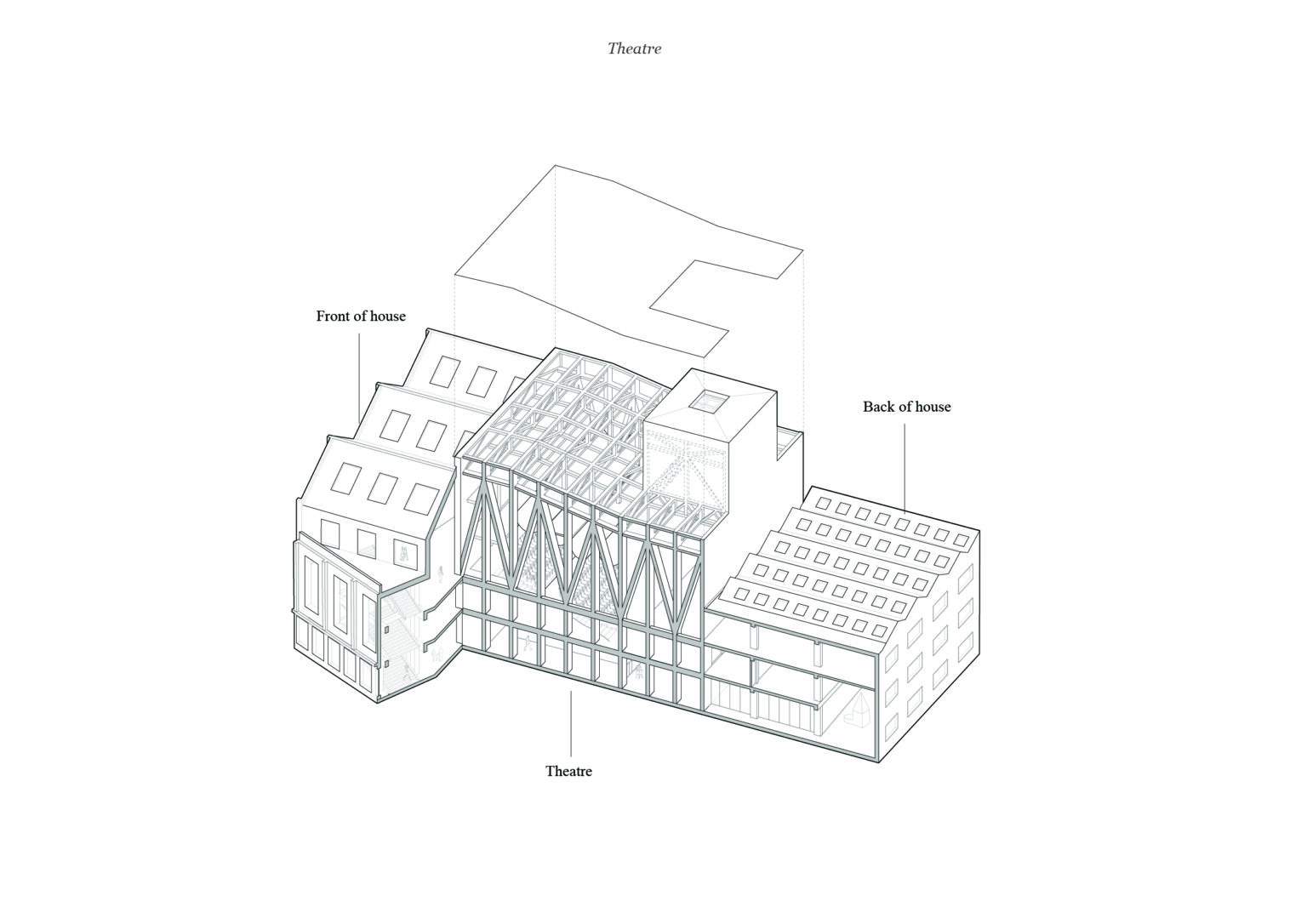 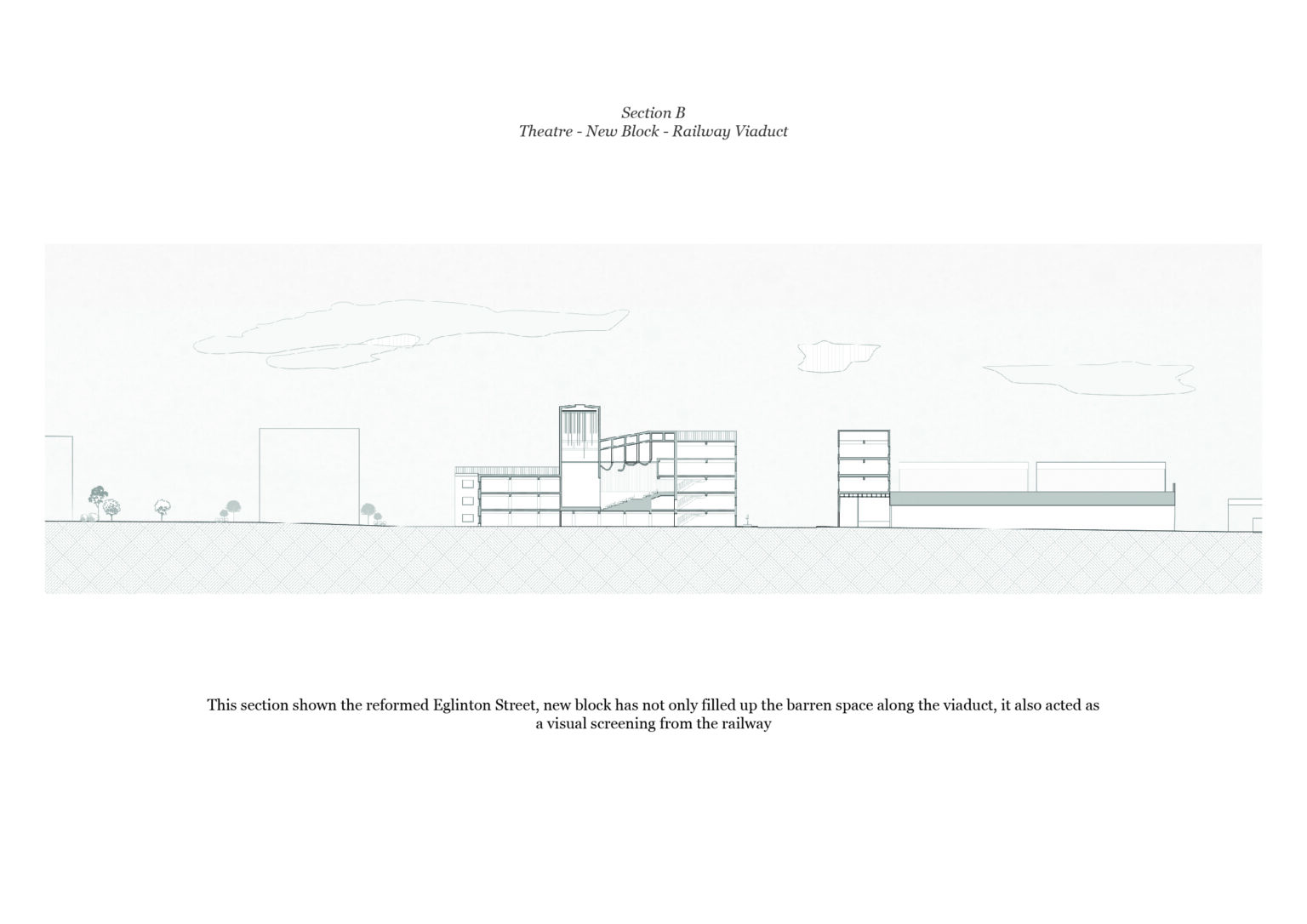 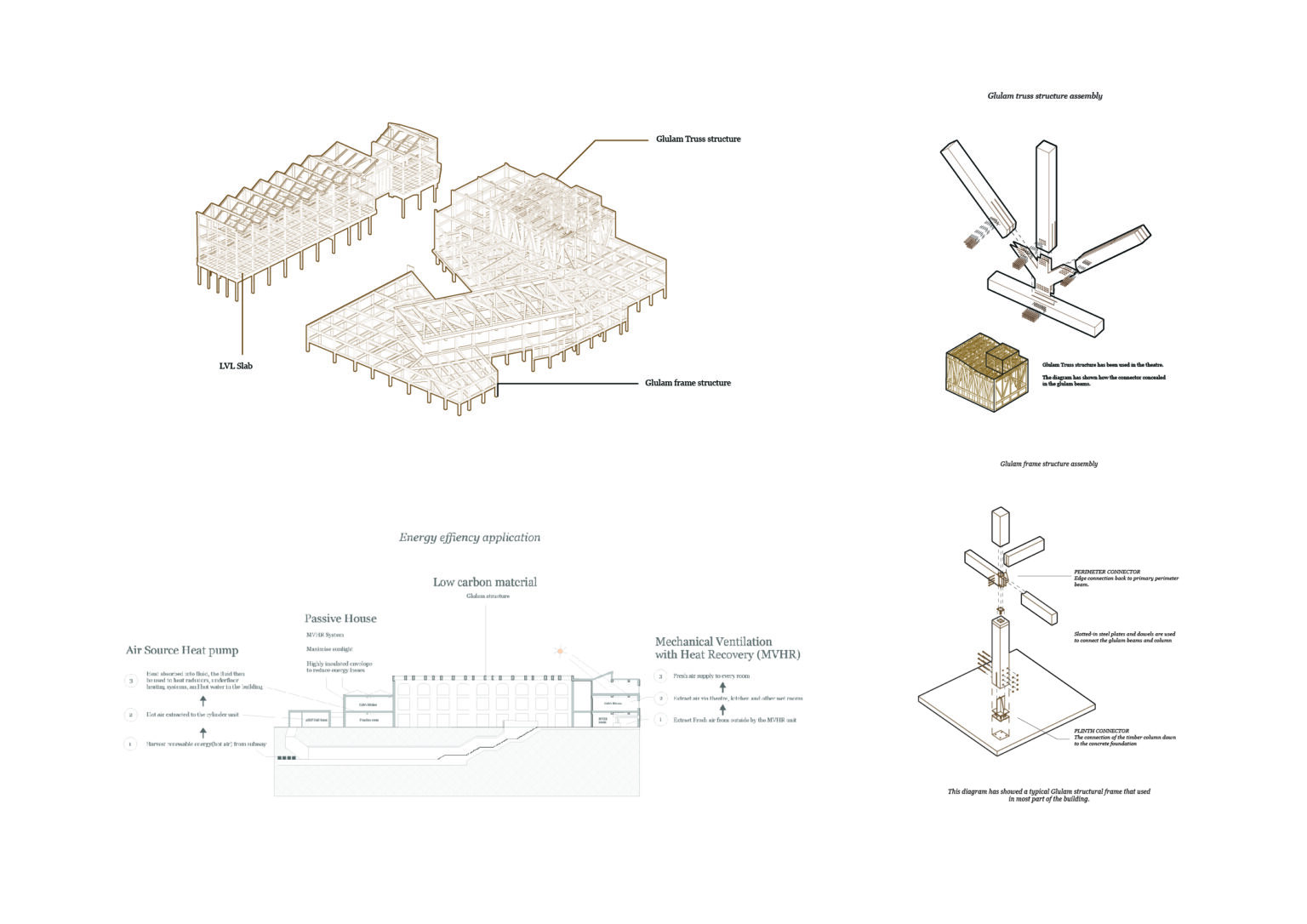 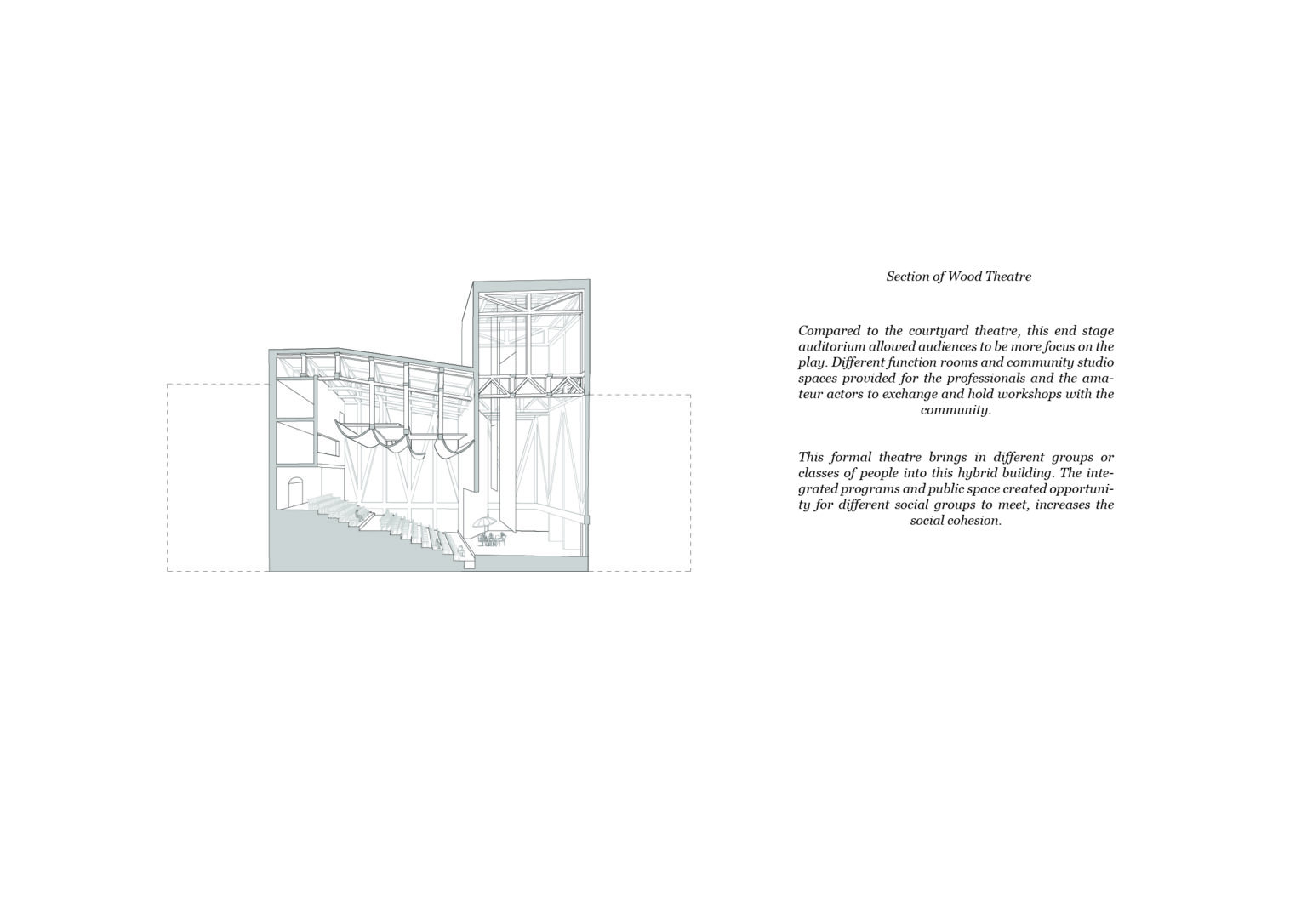 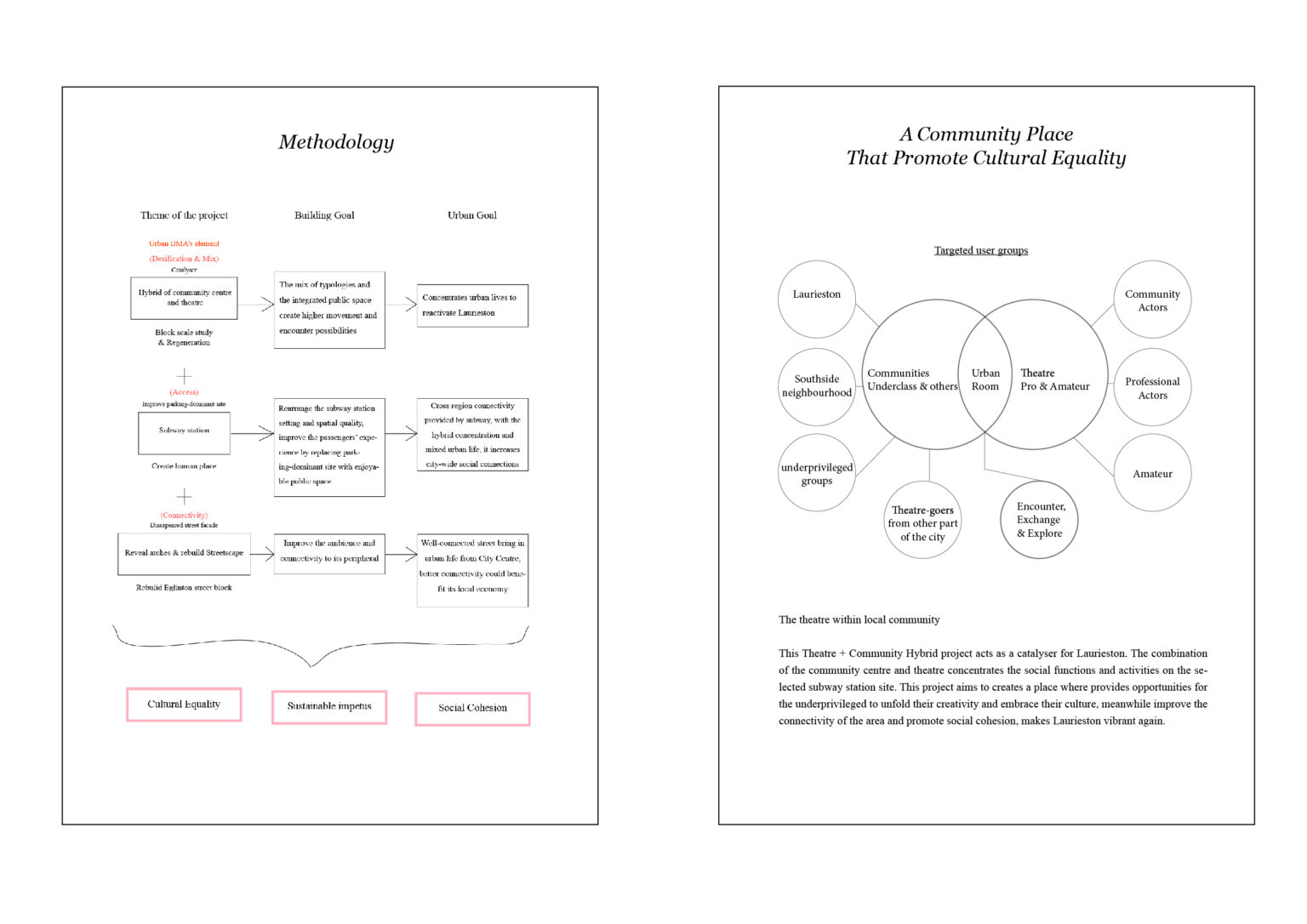 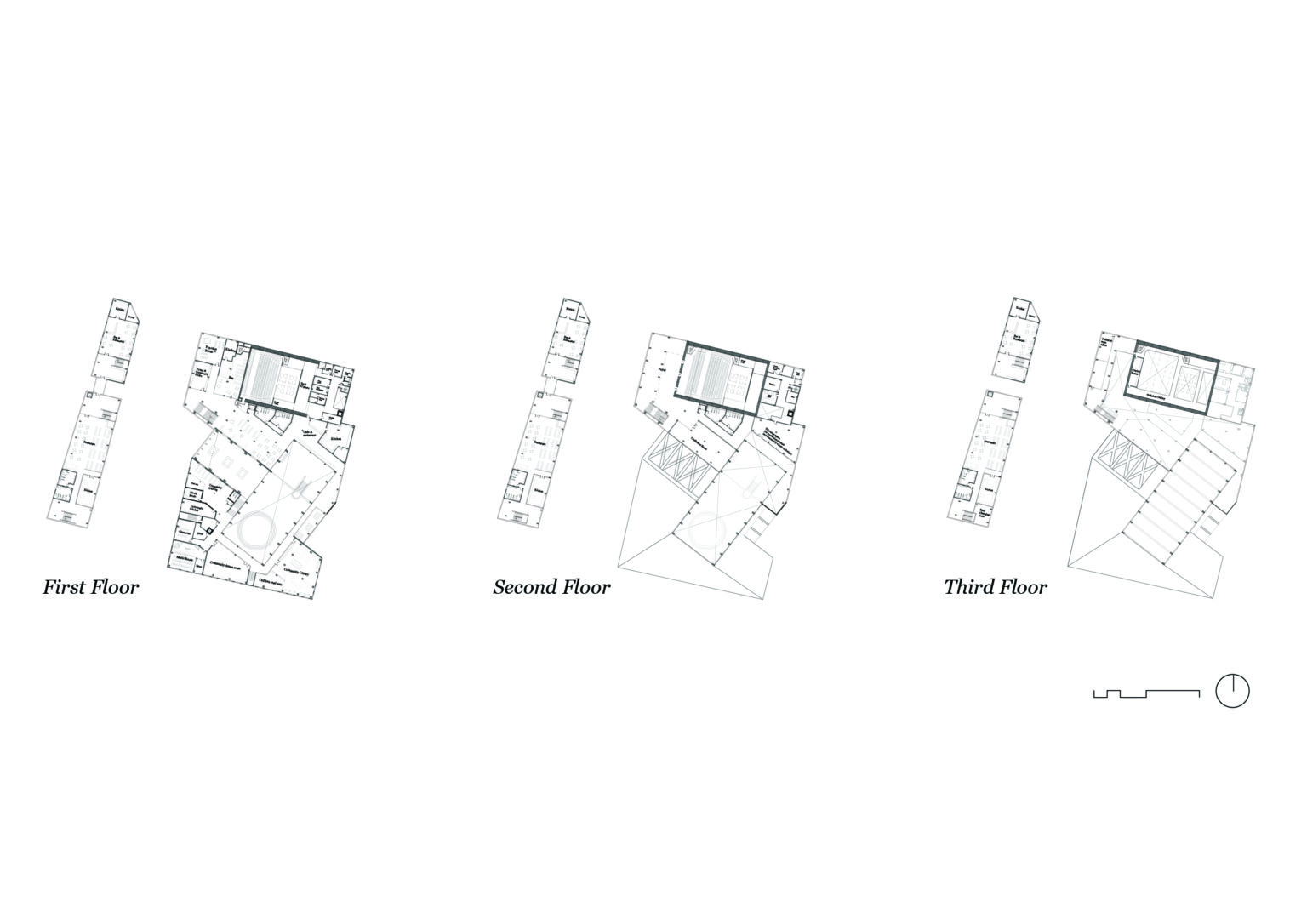