Tide Over Time is a series of 4 resin sculptures that show the passage of time over a full year and should be viewed as a visual calendar. Each sculpture represents a season from 2021 to visualise a year in a way that is familiar to anyone viewing it. I collected data from Millport’s tidal gauge from specific days of the year – when there was a full or half moon.

Moon cycles have a huge impact on the tide so to ensure my sculptures had as much detail in them as possible I had to keep the data set small so the ‘curves’ of the cycles can be seen clearly, since that is what really represents the time passing. Full moons and Half moons are considered opposites of each other so I used those days to create contrast in the sculptures since they illustrate the biggest difference.

Each sculpture is formed of 6 cycles, one full and one half moon per month, for three months making a season. They should be viewed with the intent to see time. Each cycle creates a curve that visualises tidal movement which runs like clockwork, steadily rising and falling each day. I used Processing to map this data into a curve which was then put into a Cinema 4D to create a 3D model of the curve which was 3D printed and cast in resin.

The final look of the sculptures is meant to portray water, with bubbles through the resin to create detail. When lit from below, this detail is really highlighted which is how these sculptures are meant to be viewed. 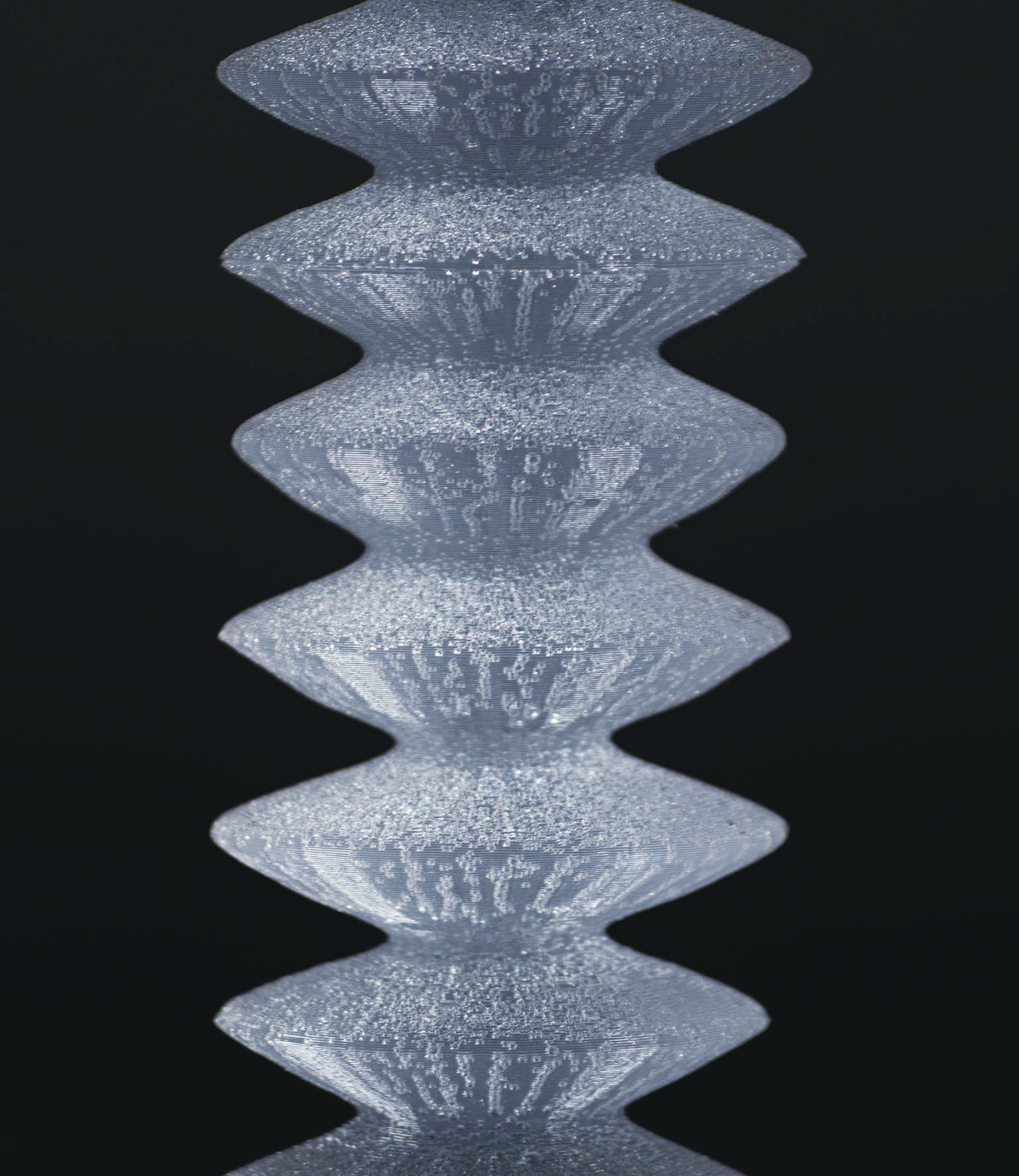 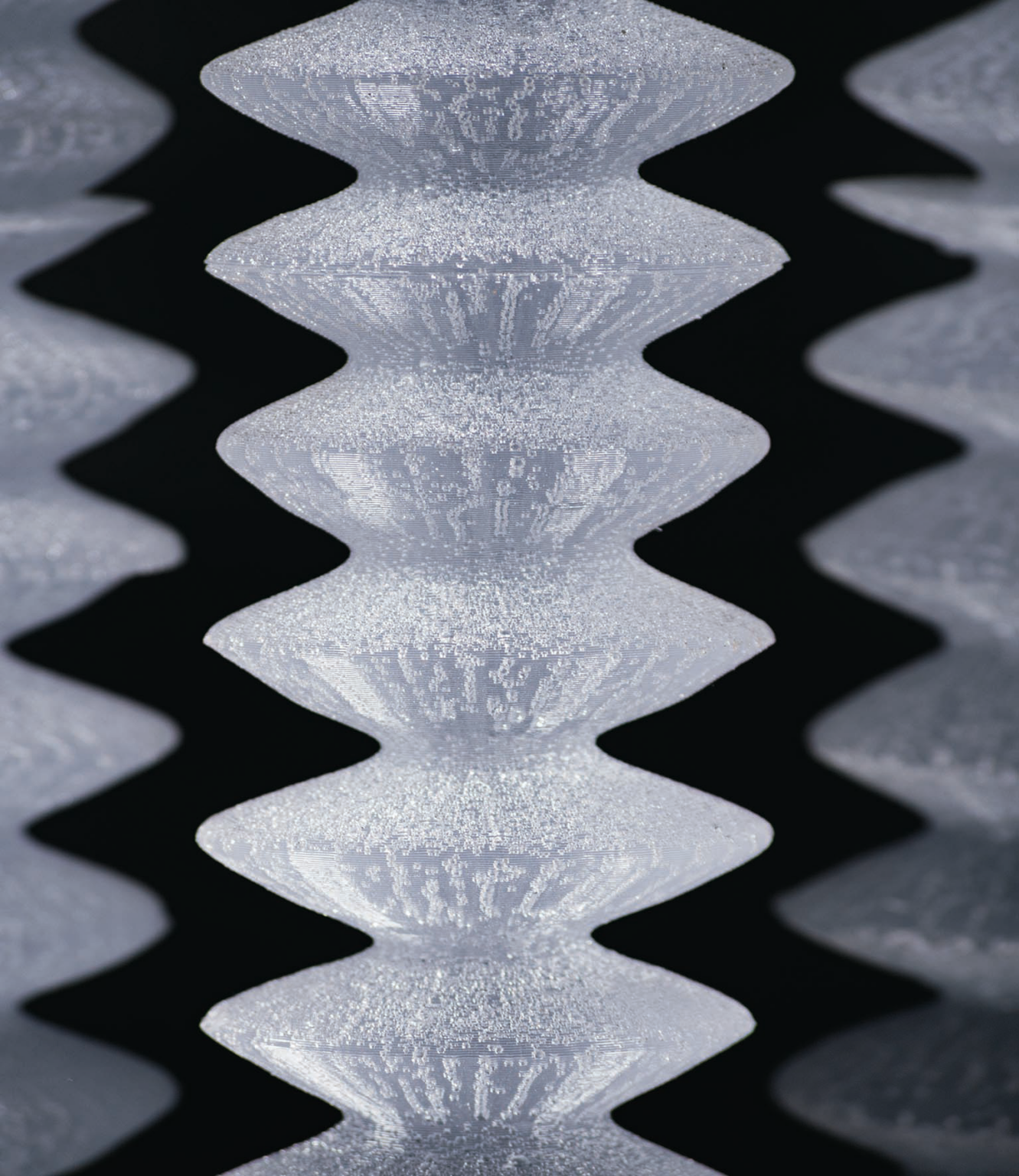 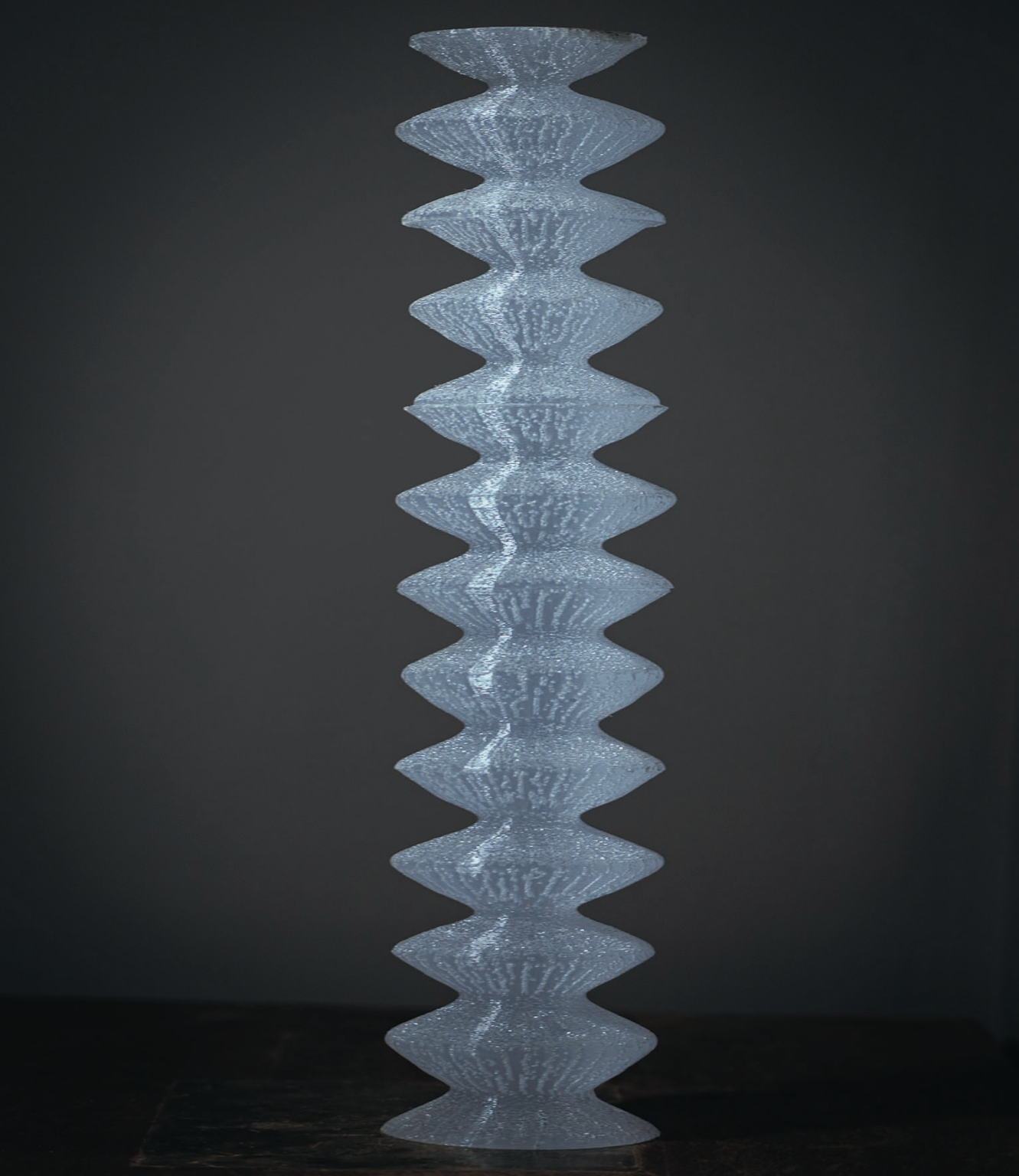