Earlier this year, Nature has thrown mankind a curve ball. The world economy came almost to a halt, travel was suspended. We were to stay at home, in one place, the very place which we tend to be most accustomed to, the one which we perhaps take for granted.

👁 Observation during the pandemic
Pretty sure many would have heard this phrase at least once during the pandemic. Looking back at what was going on during the circuit breaker, I observed that people around me were more cautious on where they were touching. People also refrain from something as simple as a handshake and touch has slowly become associated with a sense of negativity. Little do we know that touch is very important.

Did you know?
Touch affects us every single day and everyone receives tactile information every second of the day. Physical contact and touch is important in early developement, communication, relationships and even fighting diseases(ironically). Touch is especially important in infants and the lack of it can be devastating, proved from the experiment done by Rene Spitz. Touch is something people not think about until the ability is gone. Covid-19 made us miss the simple act of hugging our grandparents or grandkids and this is because people craves for things they do not have.

Perspective
Touch is perhaps the most overlooked sense until now and we want to take this chance to inform people on the importance of touch through a magazine all about it! The magazine will be sold in the midst of the pandemic as it is so valuable right now! It is all about the notion of selling touch and even being a replacement and alternative for people who craves touch and to be obsessed over with.

More on Touch 2020
The Creative Process 🧠 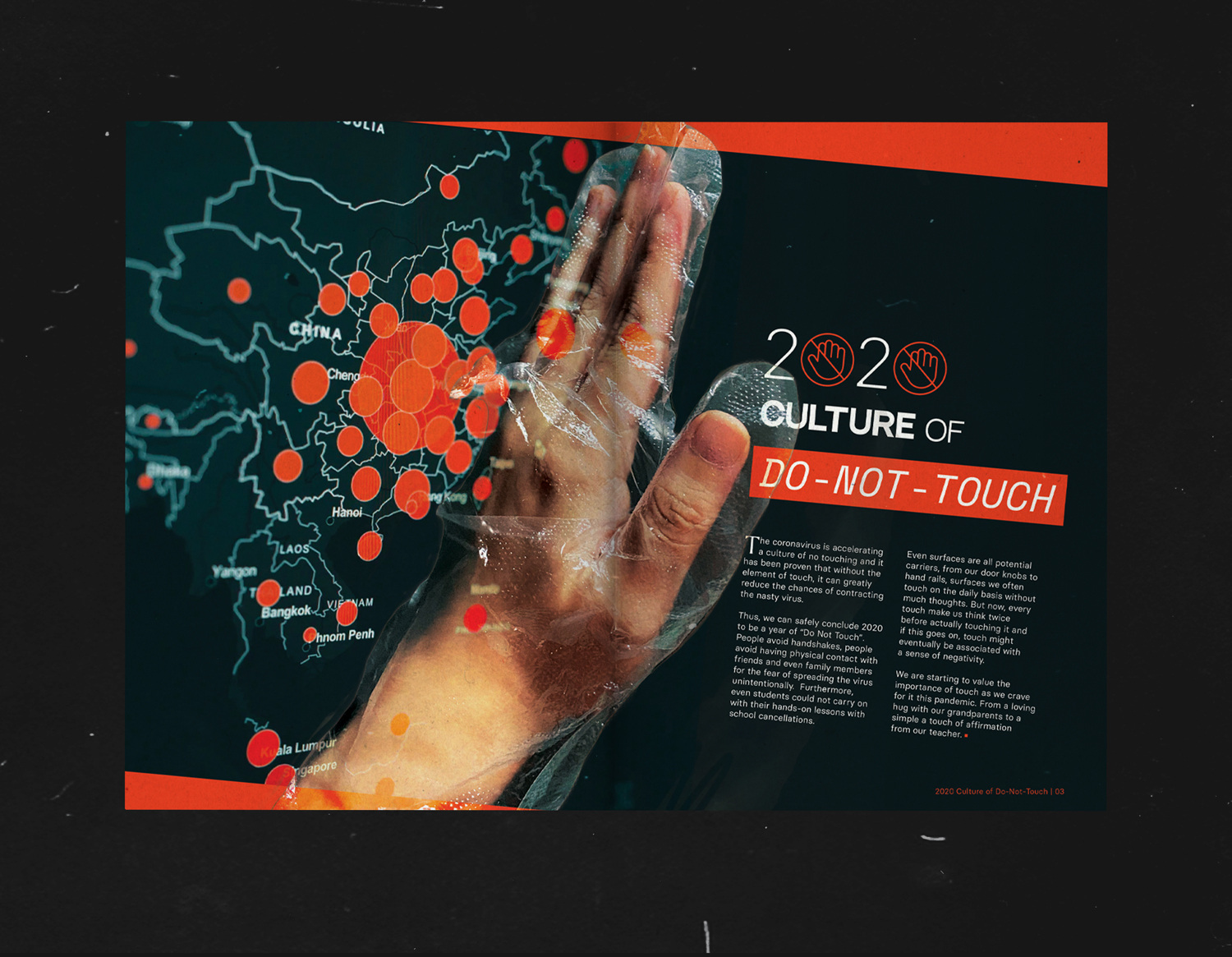 Culture of Do Not Touch 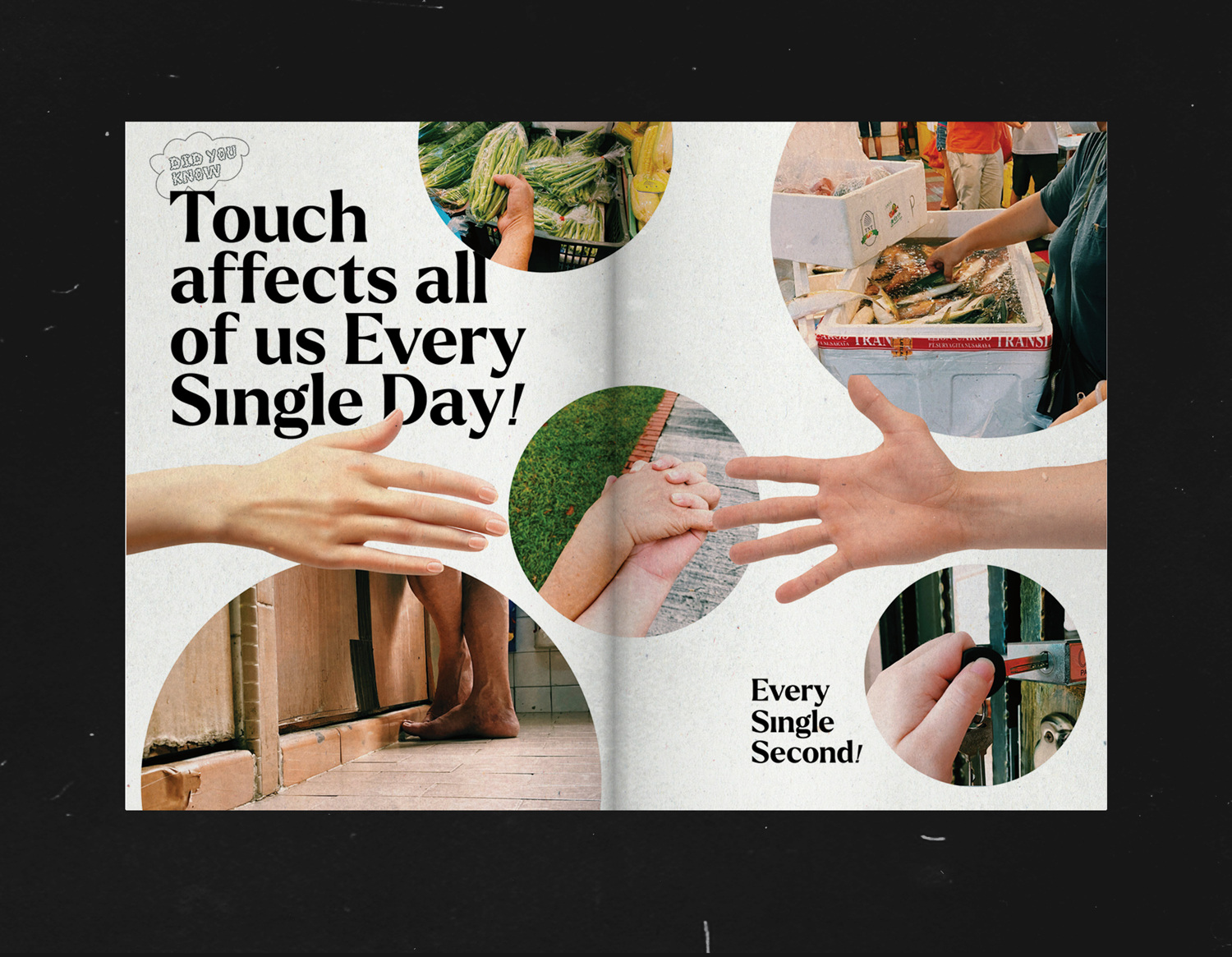 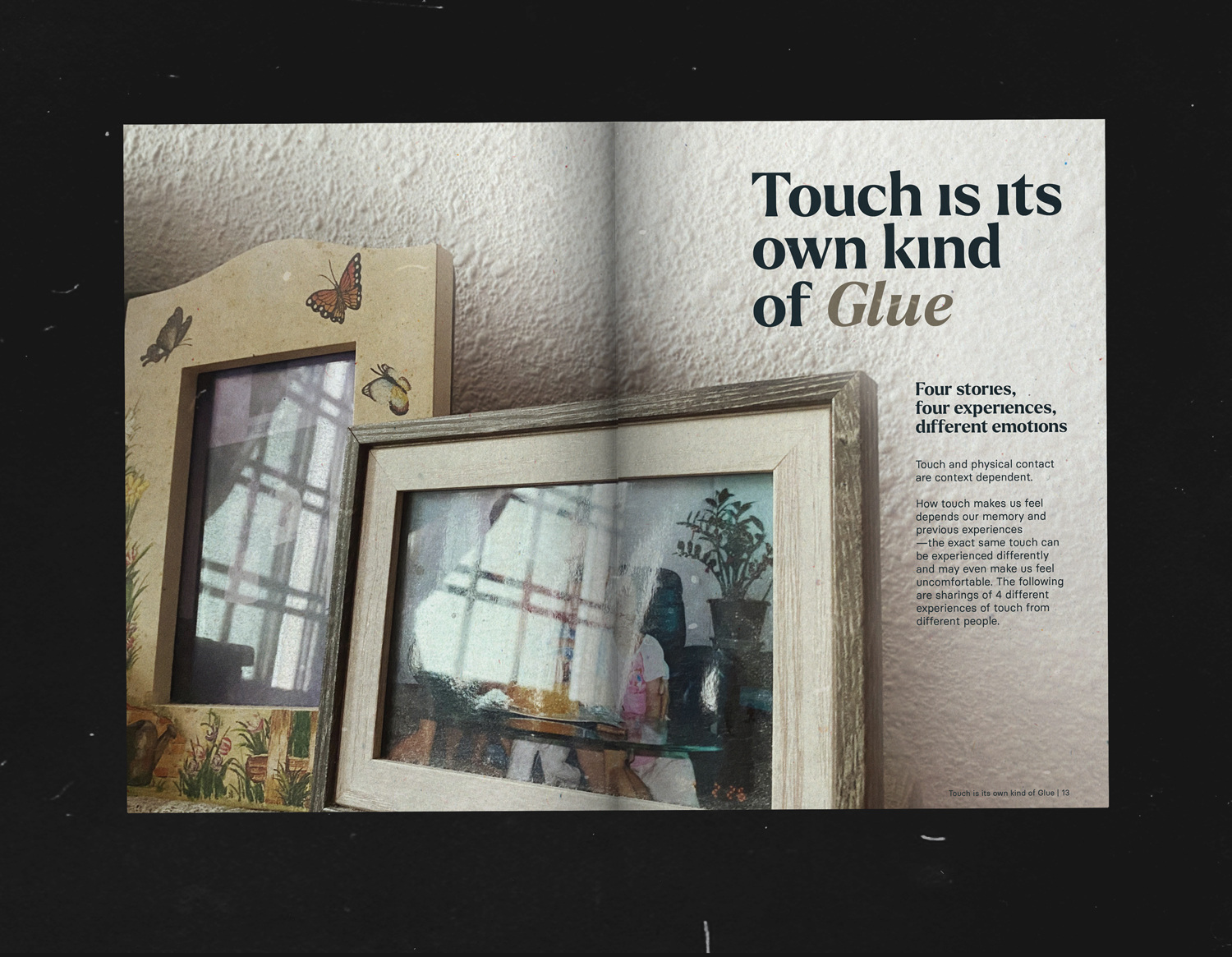 Touch is its own kind of Glue 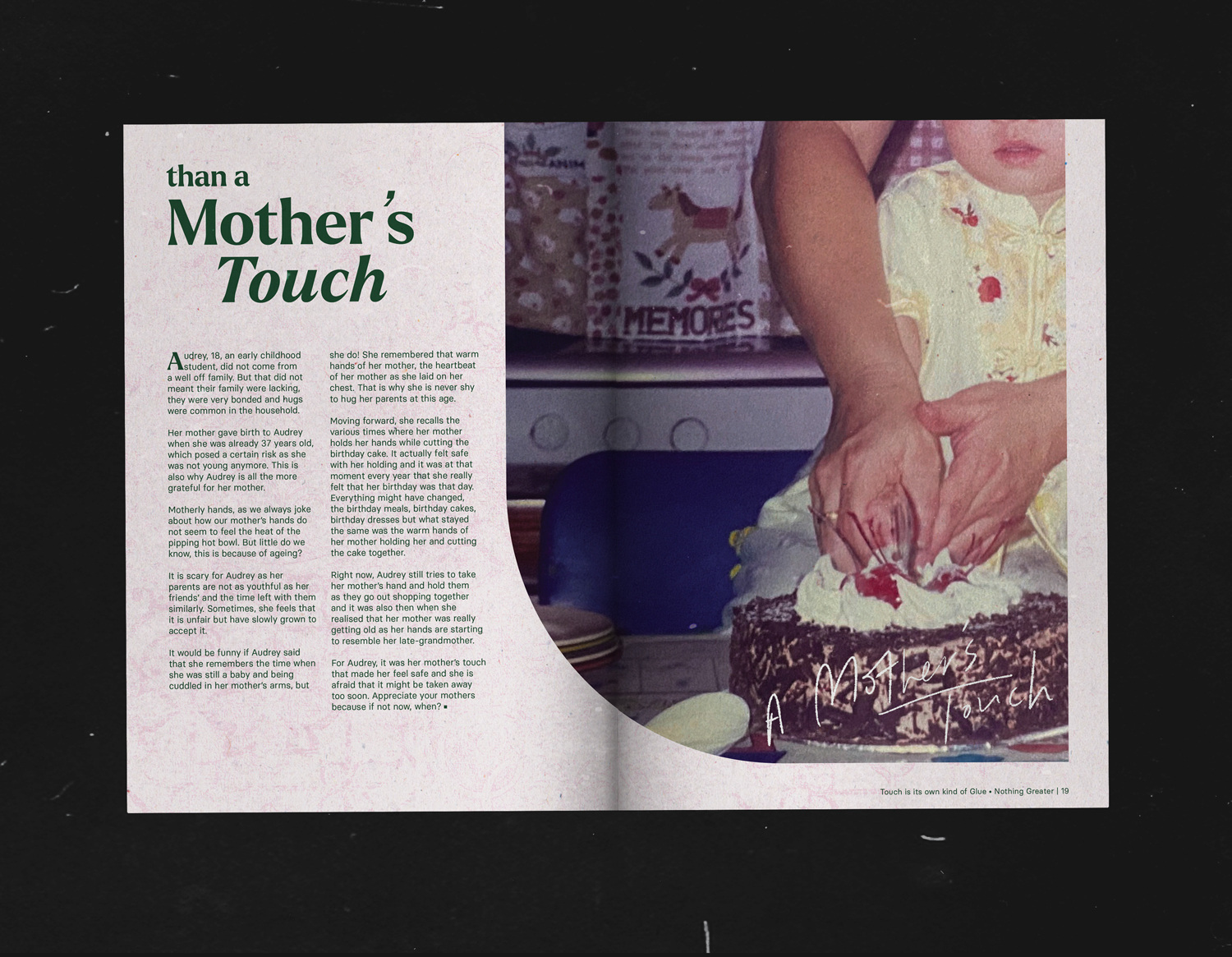 Nothing Better than a Mother's Touch 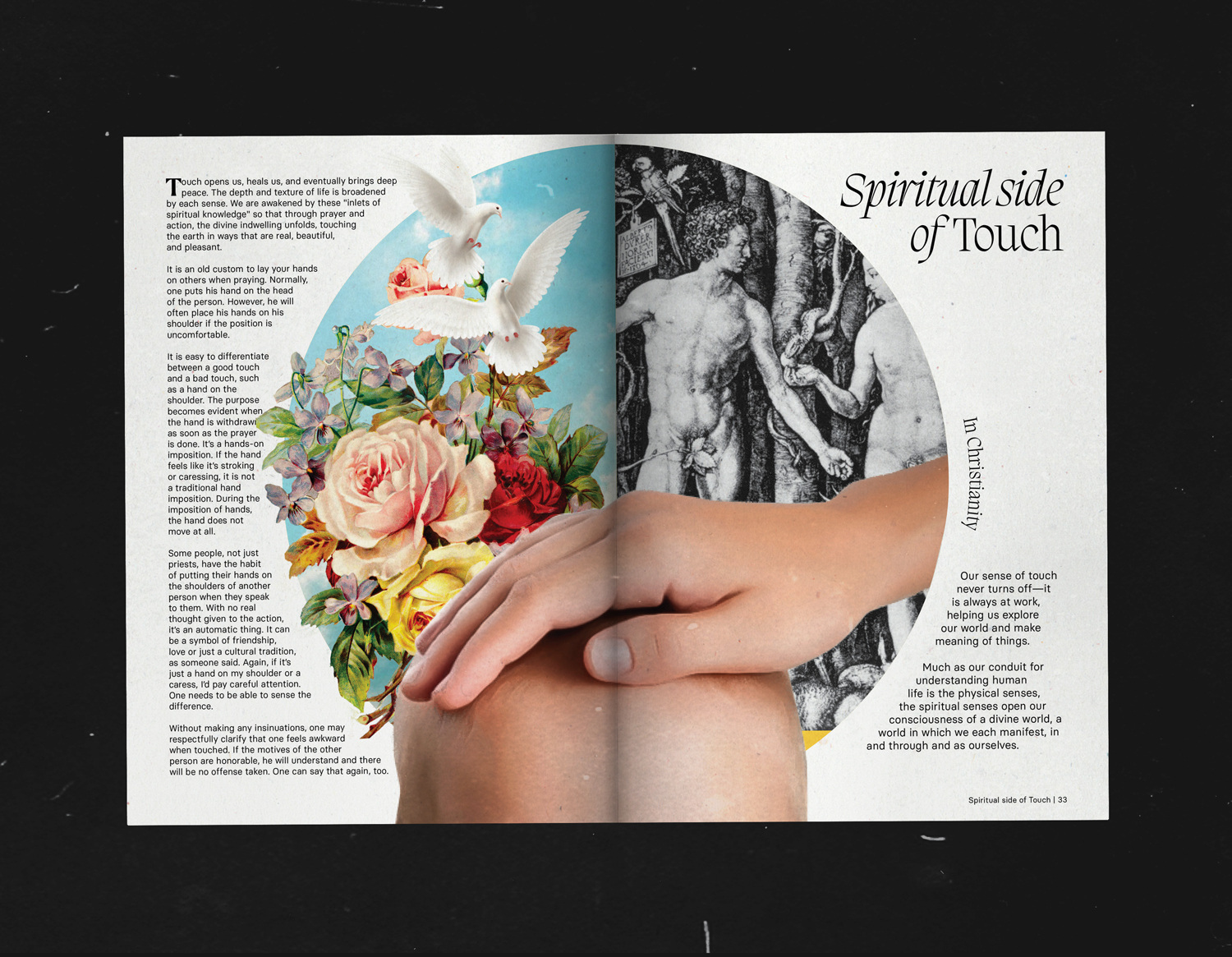 Spiritual side of Touch 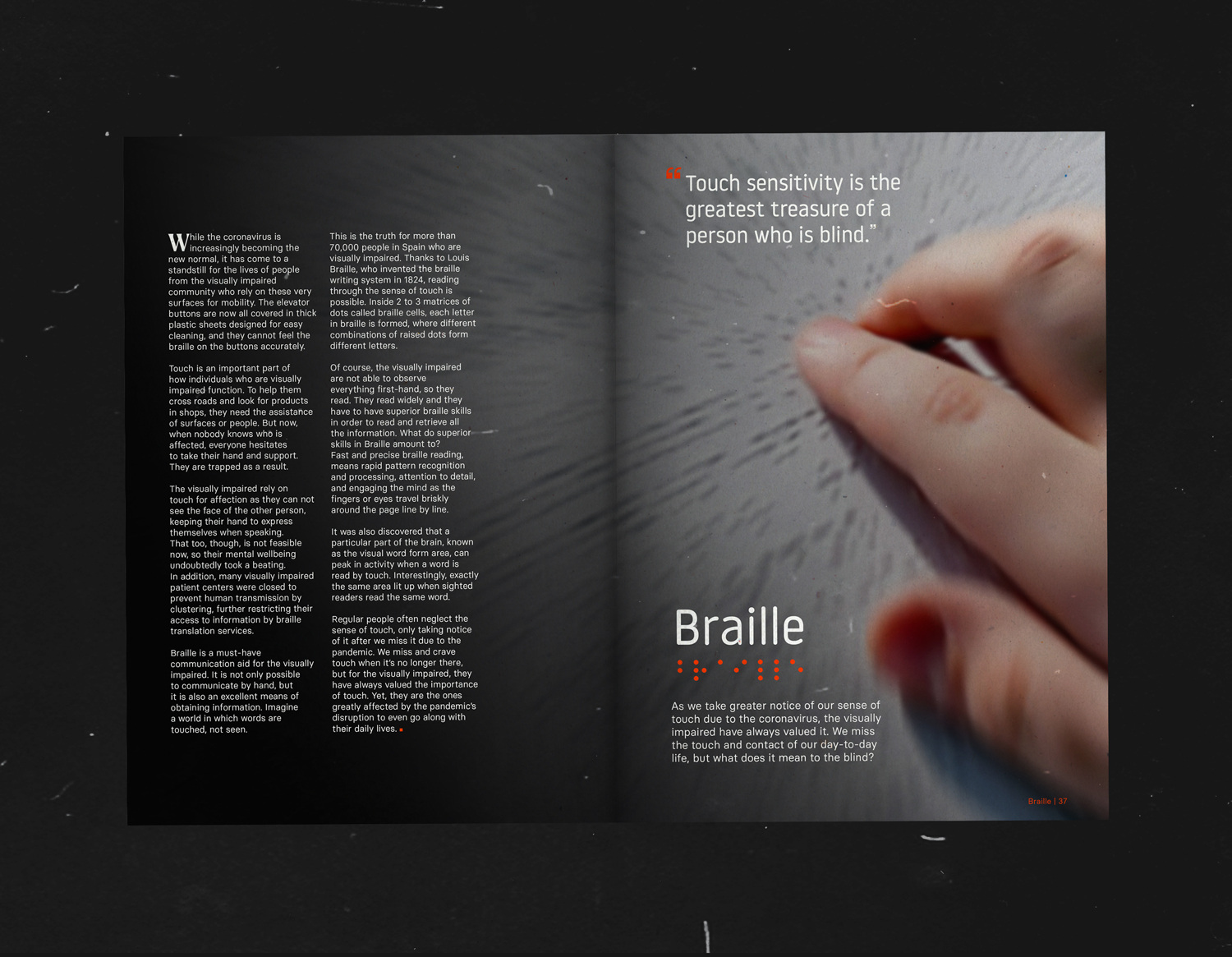 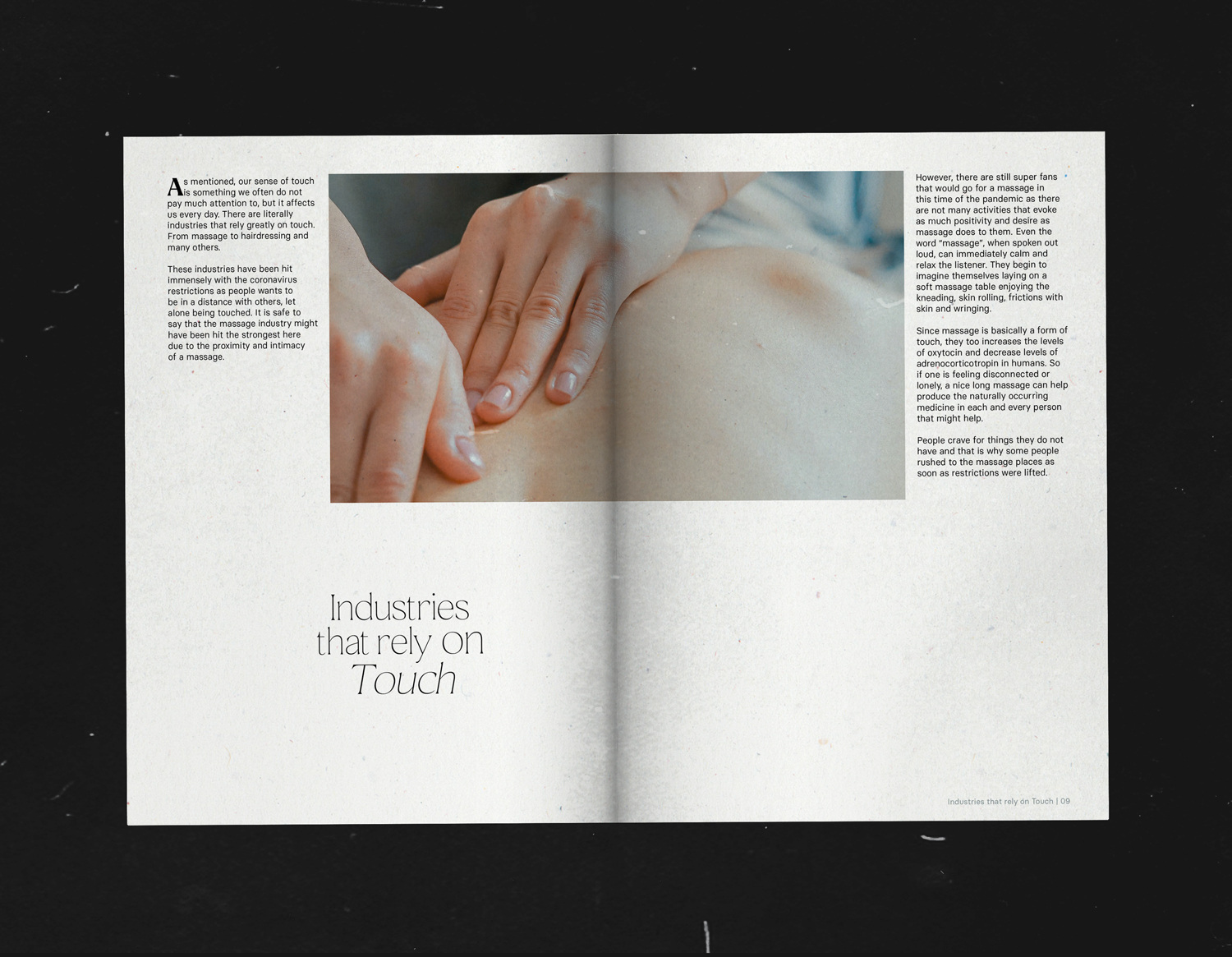 Industries that rely on Touch 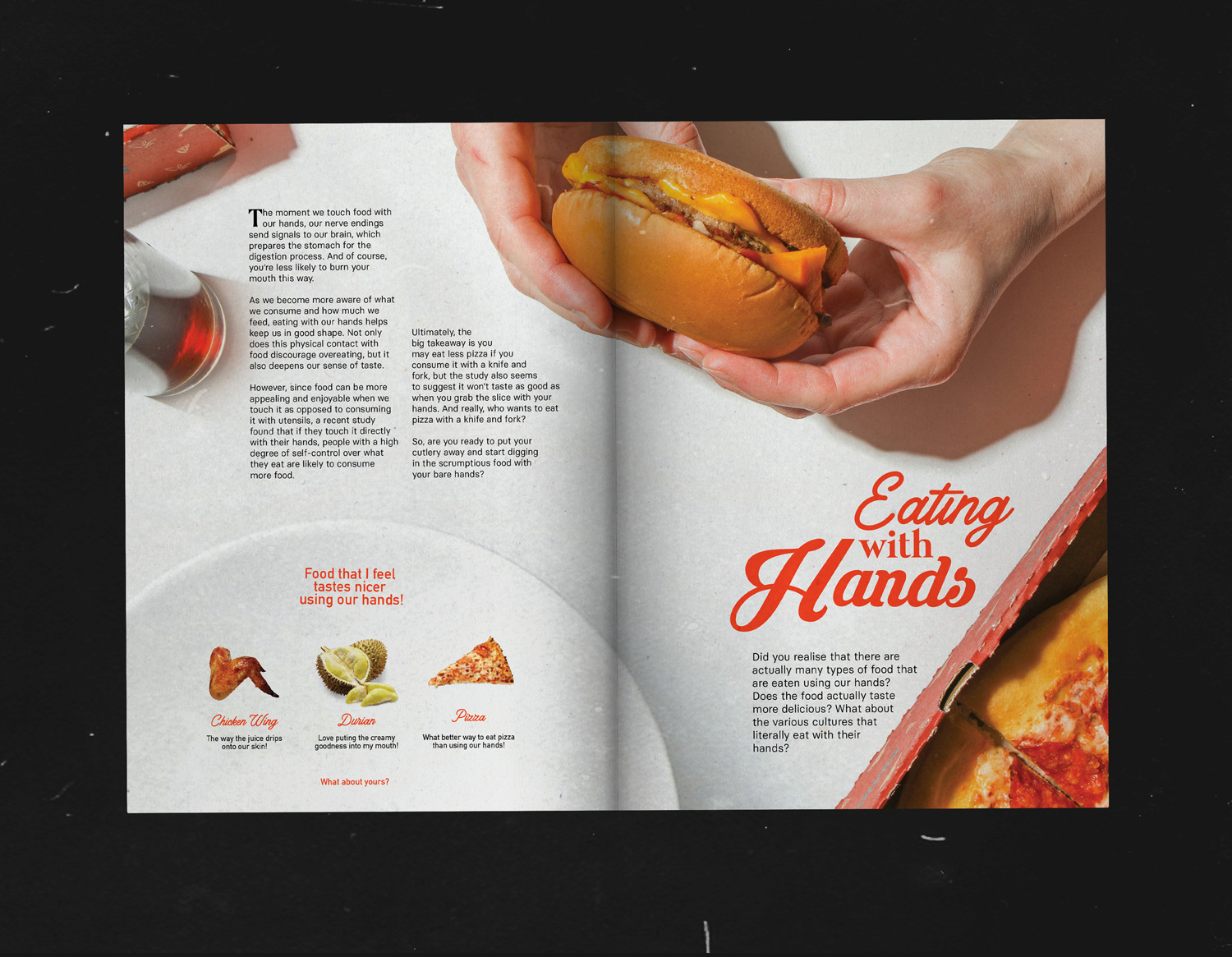