Transport is a Network

Glasgow has the largest suburban rail network in the UK outside of London, and it was once much more extensive. Despite this, the system is uniquely disjointed, unequally distributed, and running well below capacity. Like many cities, its transport network is focused on the outdated and patriarchal model of moving working people from the outskirts where they live into the centre where they work on a daily basis.

This diagram represents the proposed changes ‘Collective City’ would bring. Derelict lines are reopened, new light rail lines are proposed on motorway infrastructure and river bus service are run along the Clyde. These are then connected to each other, creating a decentralised network of connections that create orders of magnitude more possible journeys and more regular service. Negating the need for personal transport for a large proportion of people.

Furthermore, this new distribution network need not limit itself to passengers. Packages, materials, and food could also be moved along these lines – making their ‘last mile’ on cargo bikes or electric vehicle. Thus, the legions of vans and lorries are banished from our streets and the space is given back to the citizens. 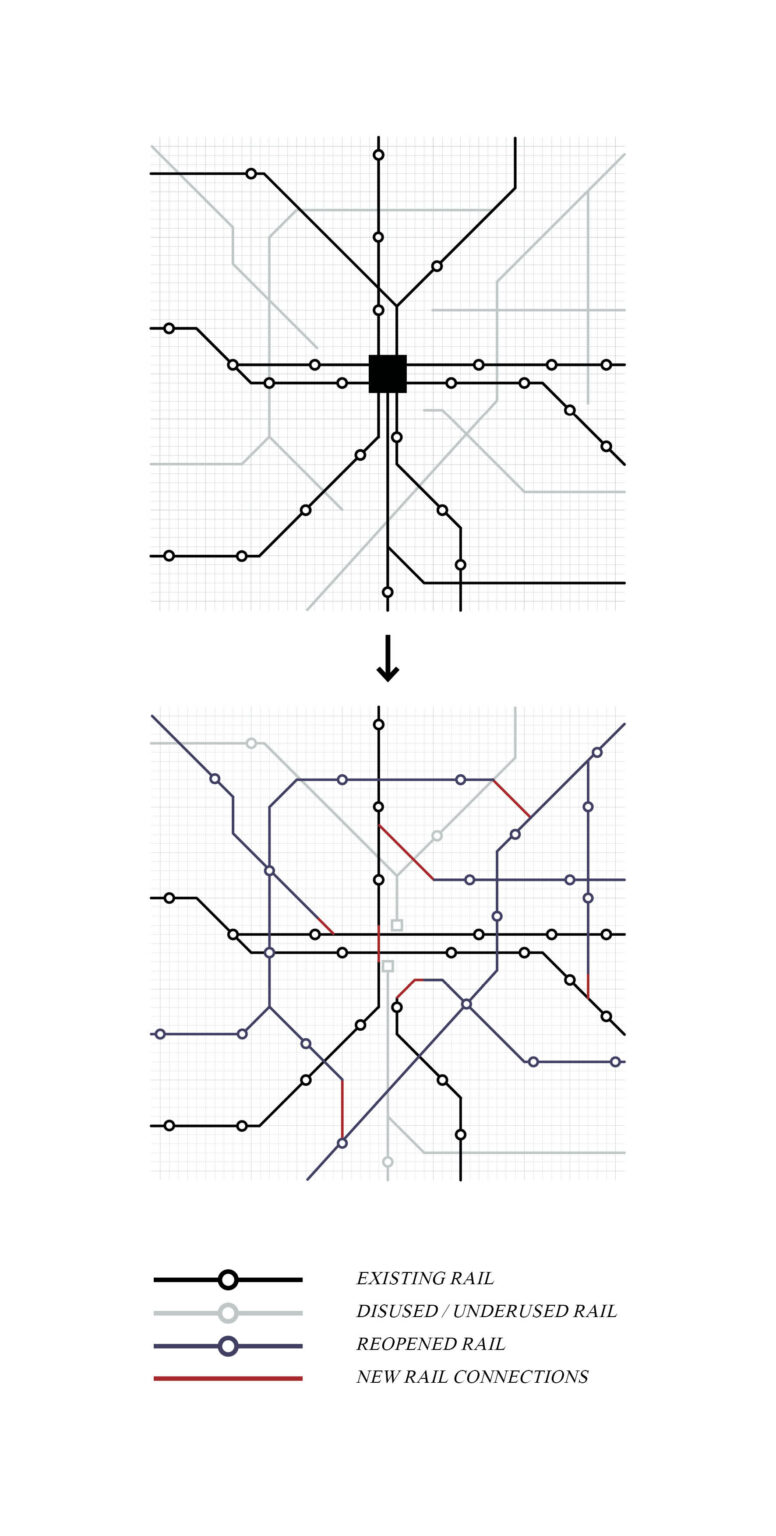 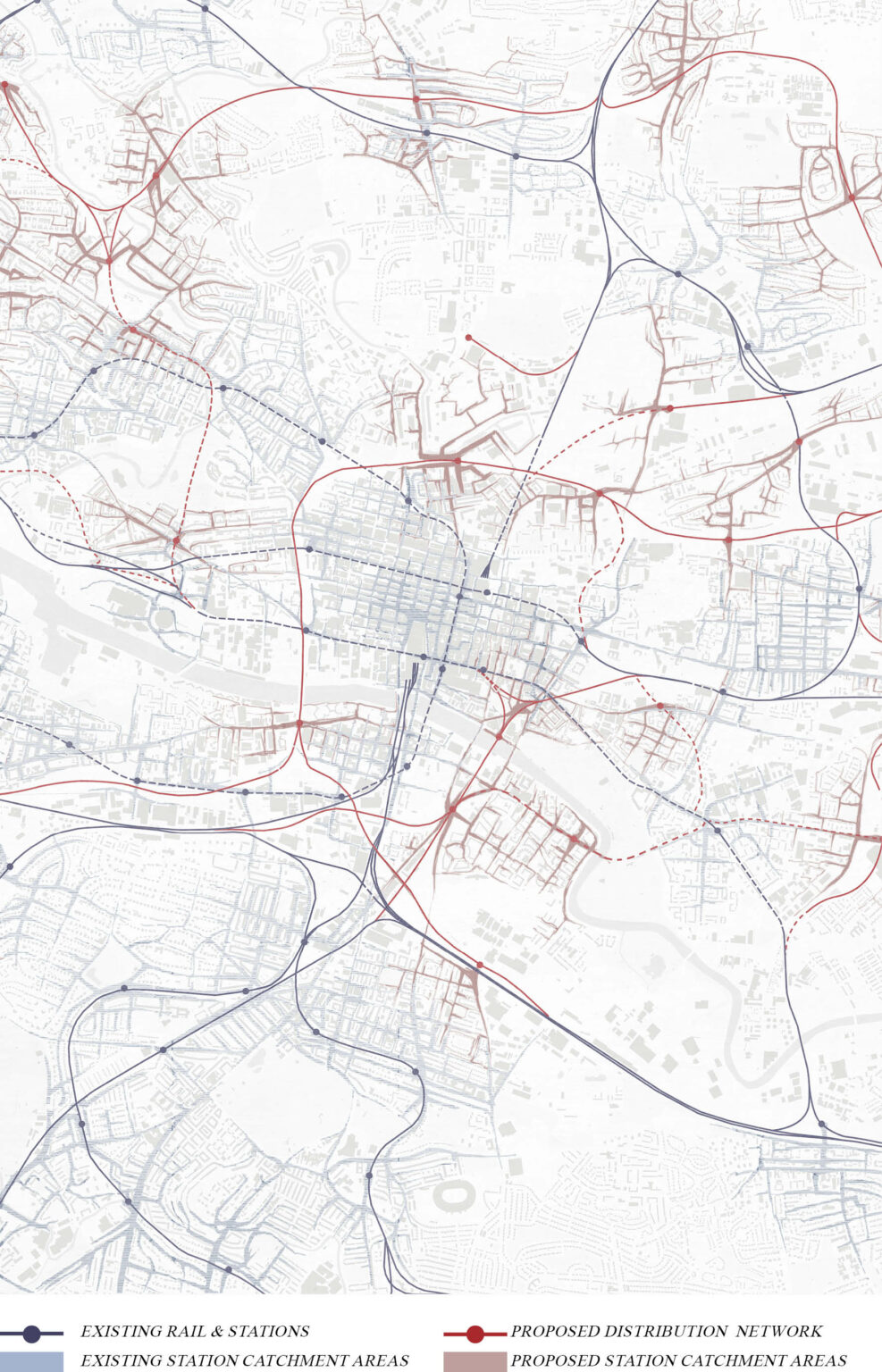 Map describing existing coverage of rail in Glasgow with its easily walkable 'catchment areas'. Overlaid is its transformation into an equitable distribution network, trough reopening the derelict rail lines and re-purposing motorways as light rail corridors. Drawn at 1:25000
2 of 2
Previous Next
Close