U4EA is inspired by the feeling of euphoria and how this can increase an individuals well-being in our future world of Azores in 2031. My research throughout this project began being focused on how the feeling of euphoria could be stimulated without the use of drugs, but as I progressed I realised I was disregarding the best option for this. This then led me to researching the different drugs that can enhance your well-being and psychedelics stuck out more than the others. With micro-dosing psychedelics being a popular way for people to increase their well-being without being in a different

state of consciousness, I utilised this in our future world by combining psychedelics with the advanced technology of 2031. Allowing the user to control the intensity of the psychedelic effects and experience euphoria at a level they feel comfortable at.

U4EA is an Azores experience that enhances users well-being through psychedelic induced euphoria and symbiosis with nature. This experience
is set in an enclosed park in Azores and citizens of the town are chosen at random to take part. This enclosed park is a wild garden with lots of different flowers and plants for the users to interact with while under psychedelic euphoria. The users access the experience with a remote left in their
home in Azores ,which gives them the ability to control the intensity of the psychedelic drugs by connecting to their Neuralink.

U4EA enhances the well-being of the citizens of Azores by combining psychedelics, technology and a nature in unison. 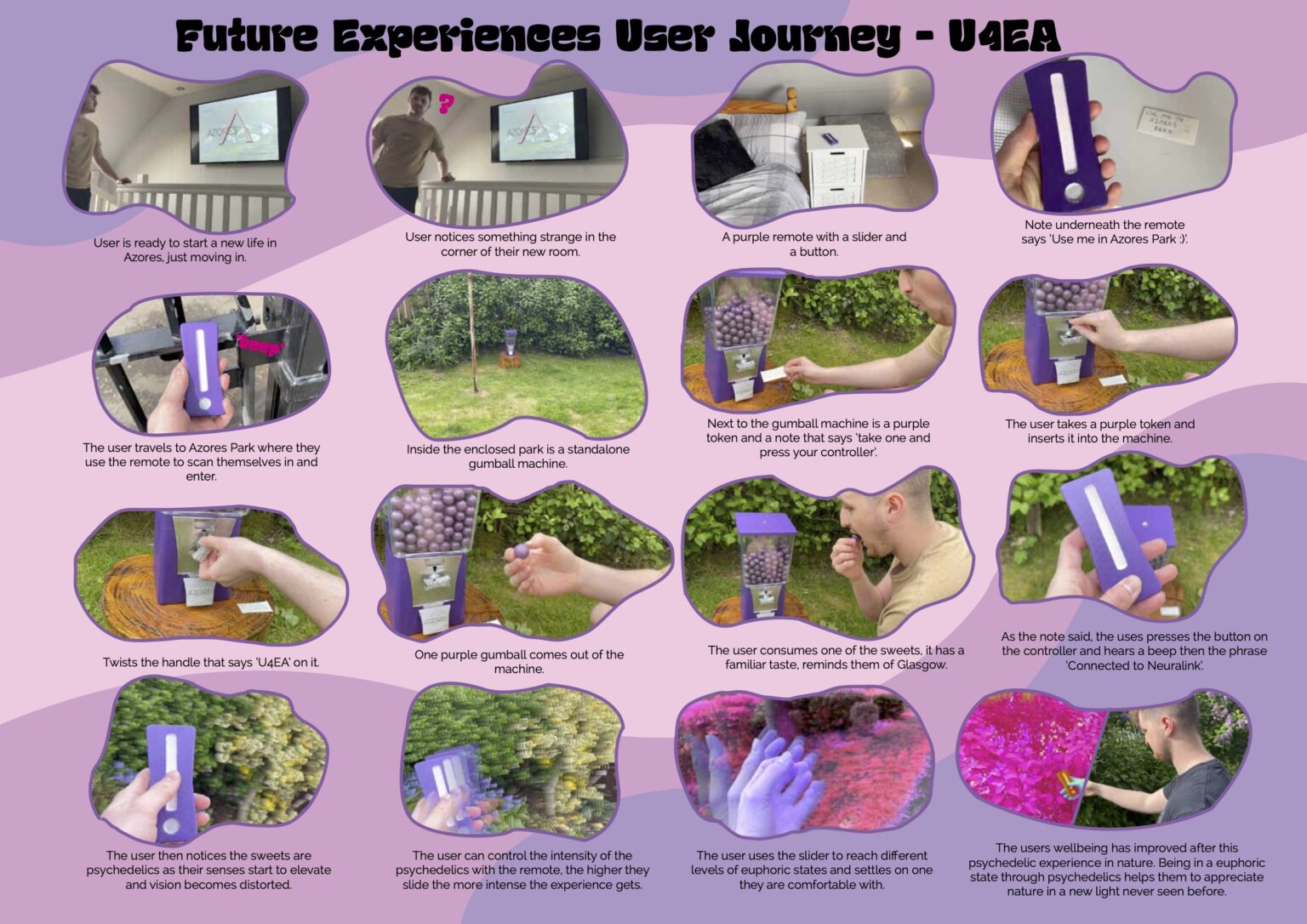 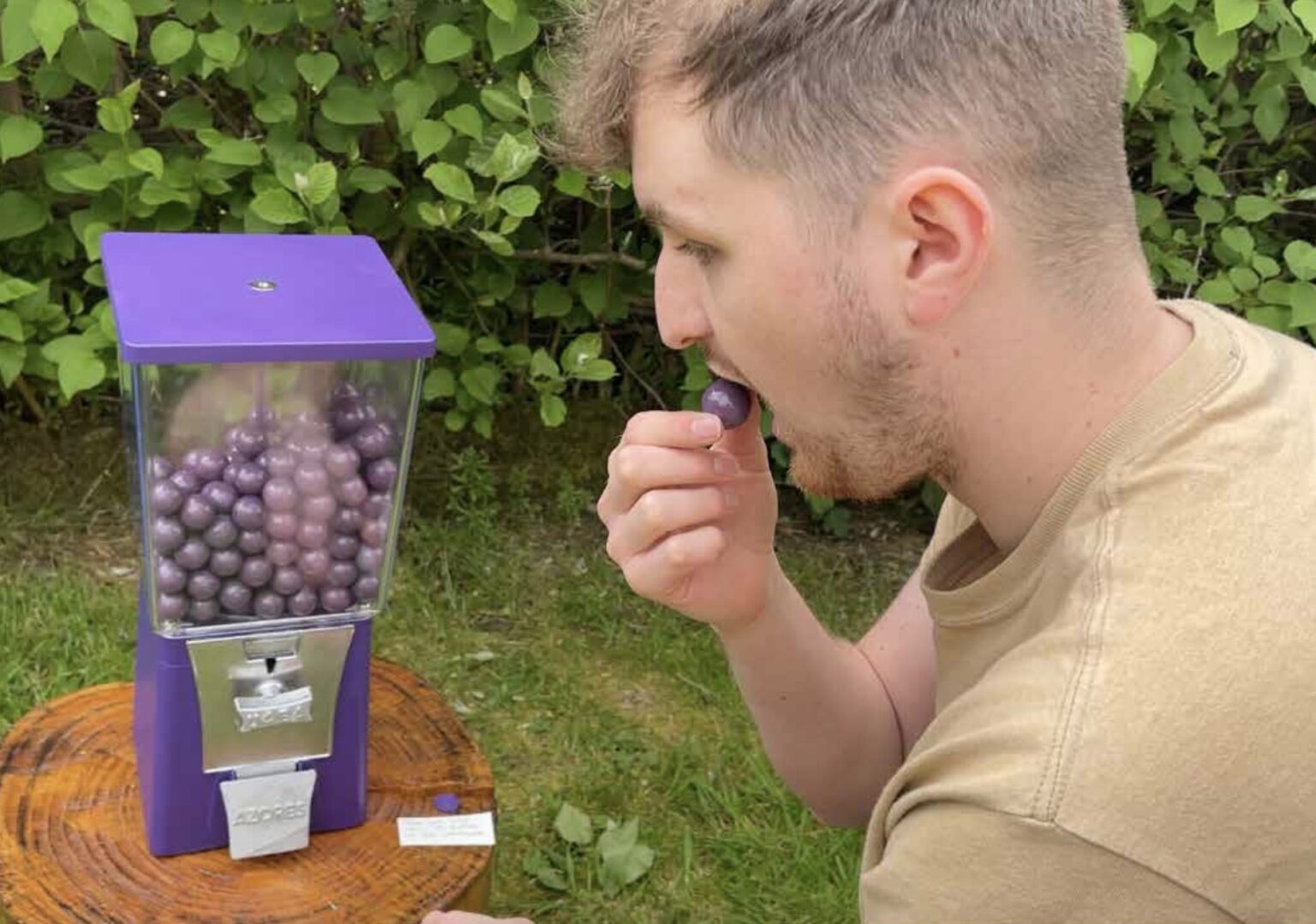 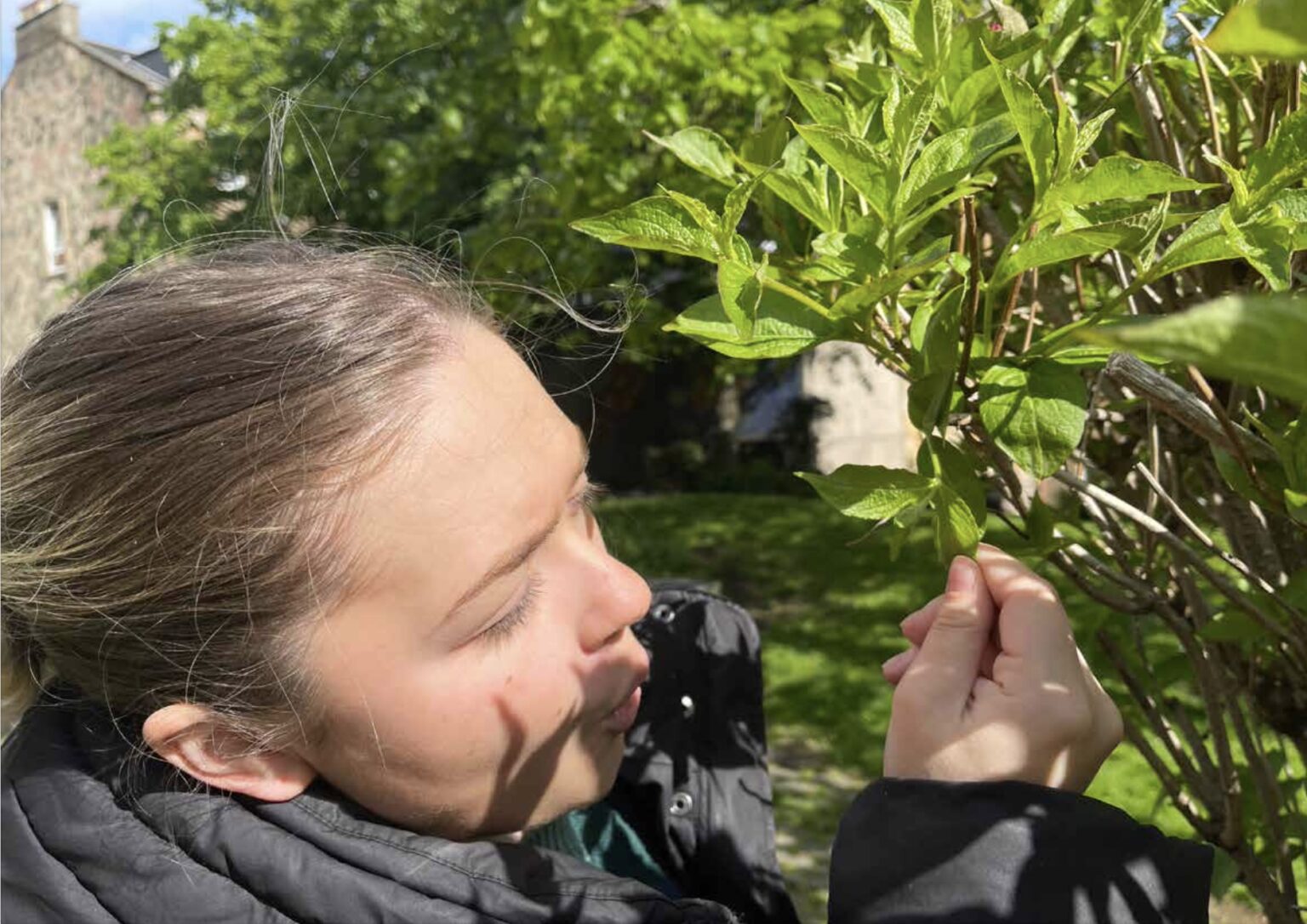 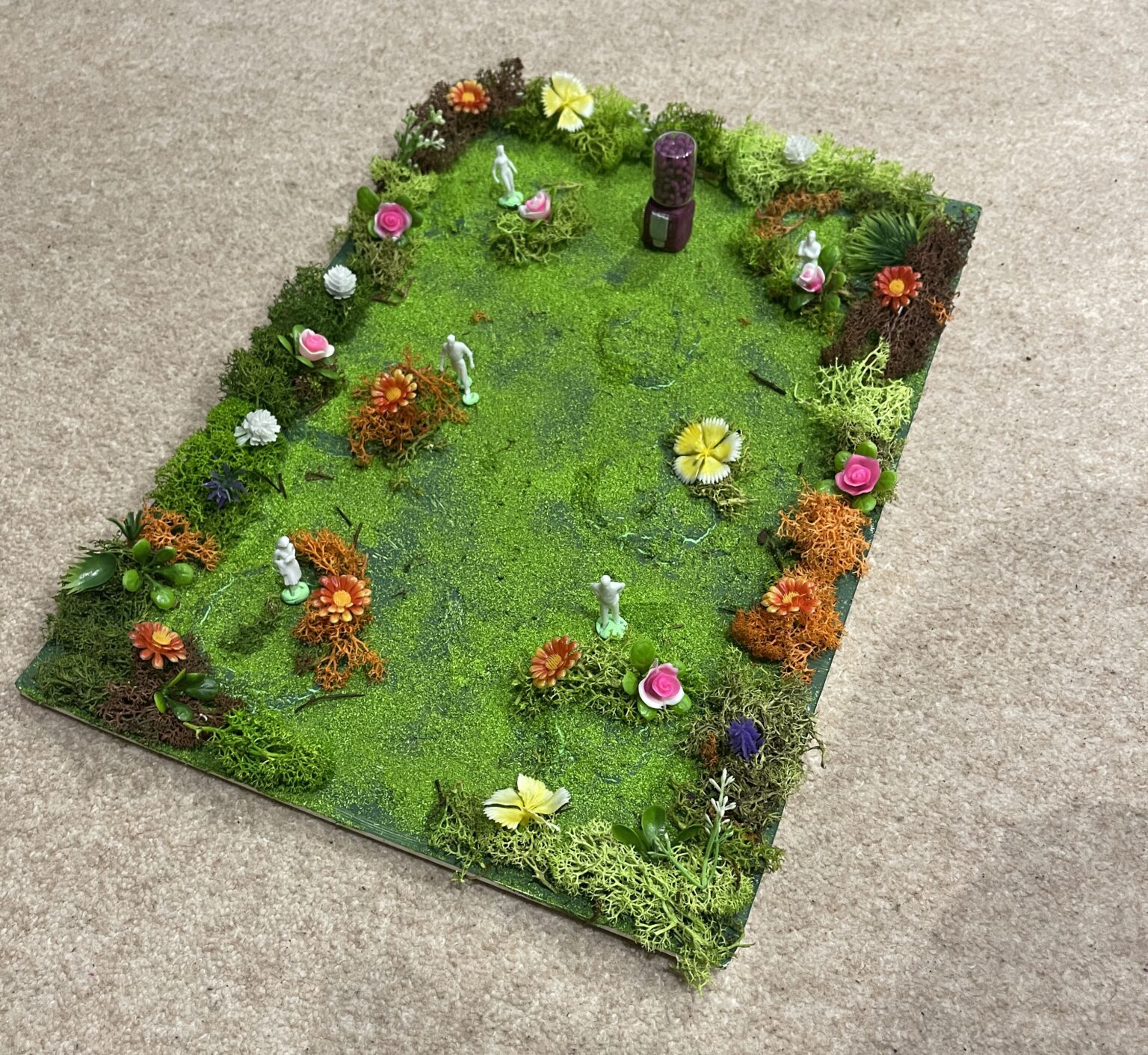 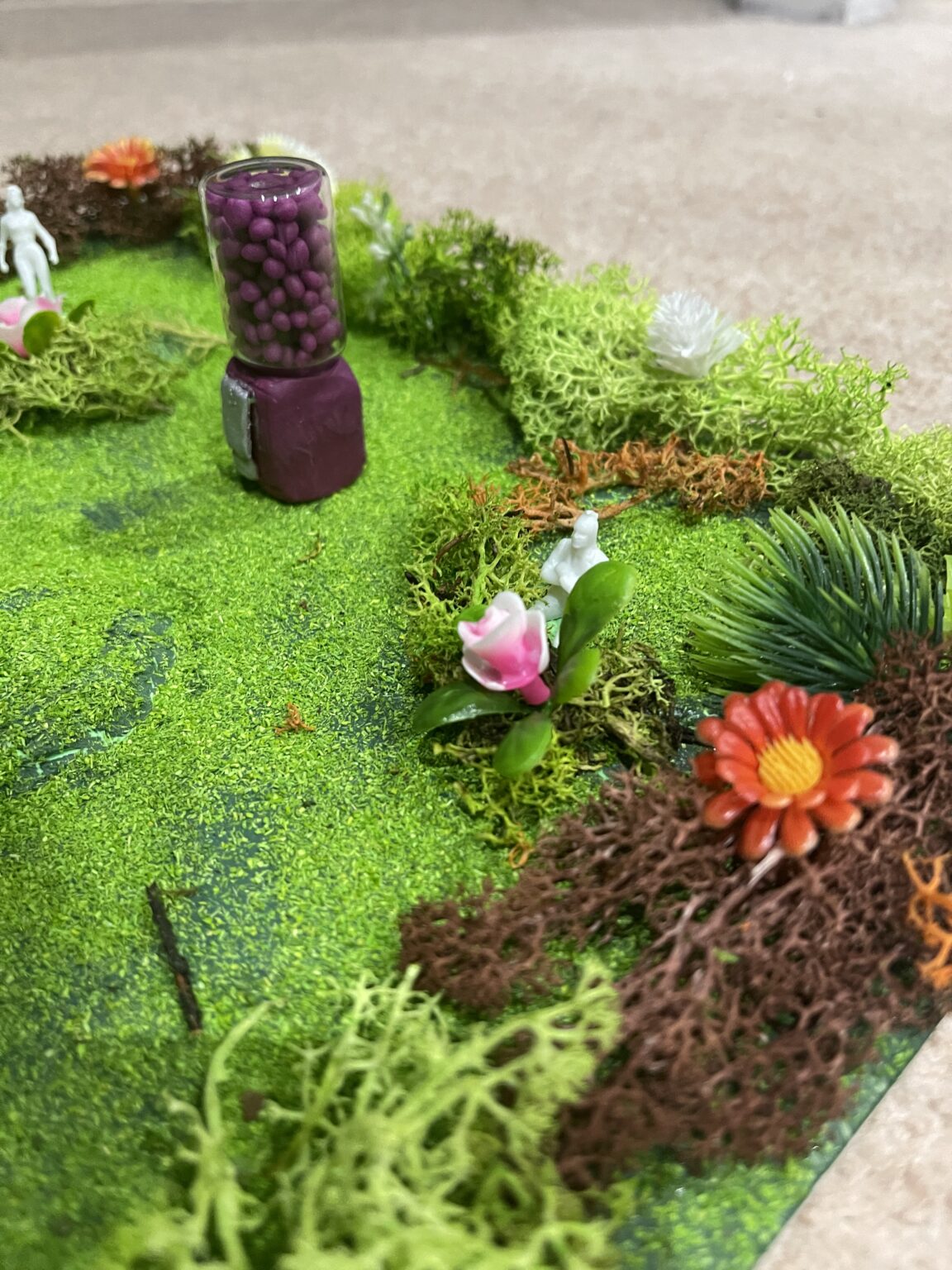 Model of Azores Park, this close up shows a user interacting with the wild plants inside the park. The plants and the gumball machine are much bigger than the user to show the significance they have on the experience.
5 of 11
Previous Next
Close 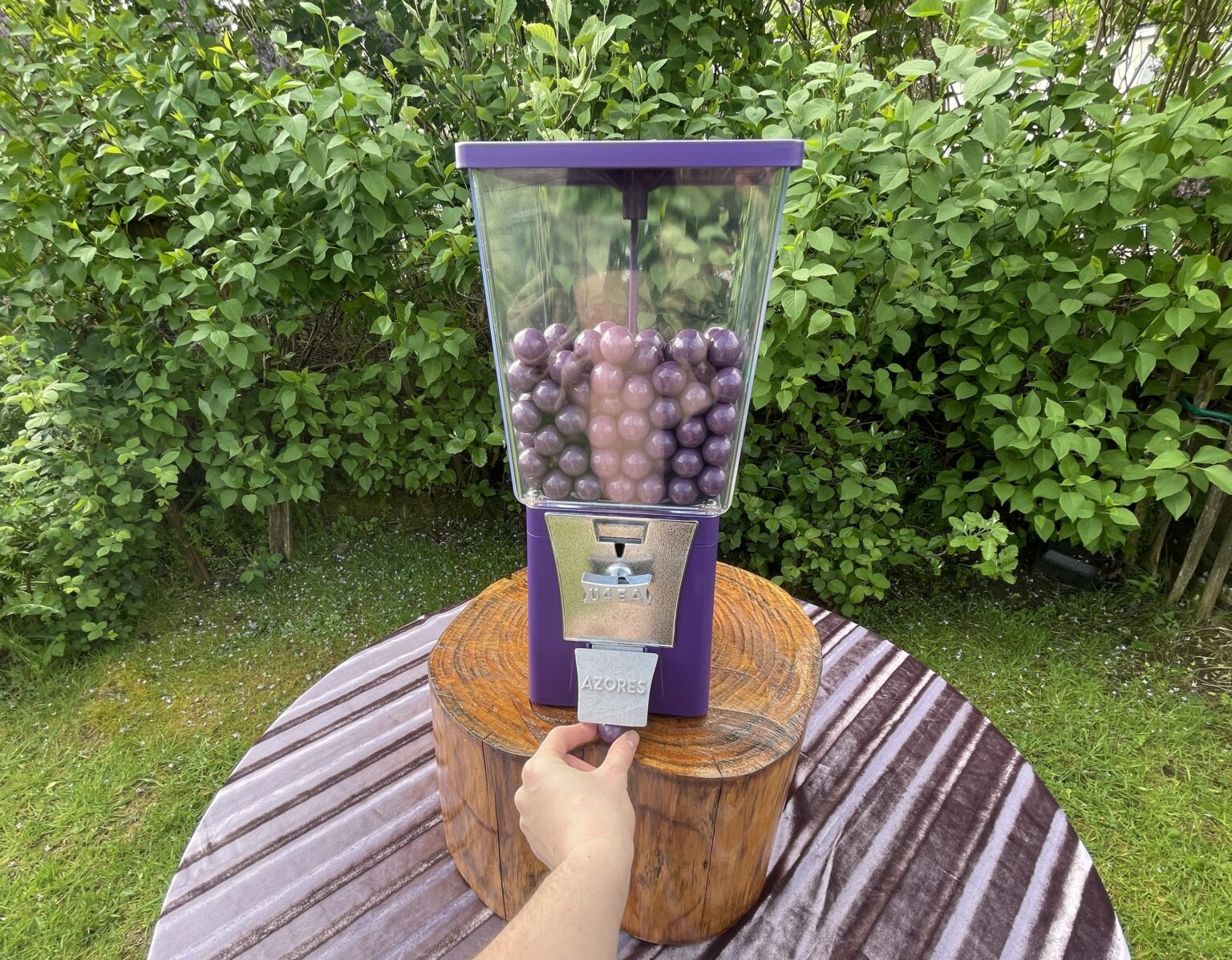 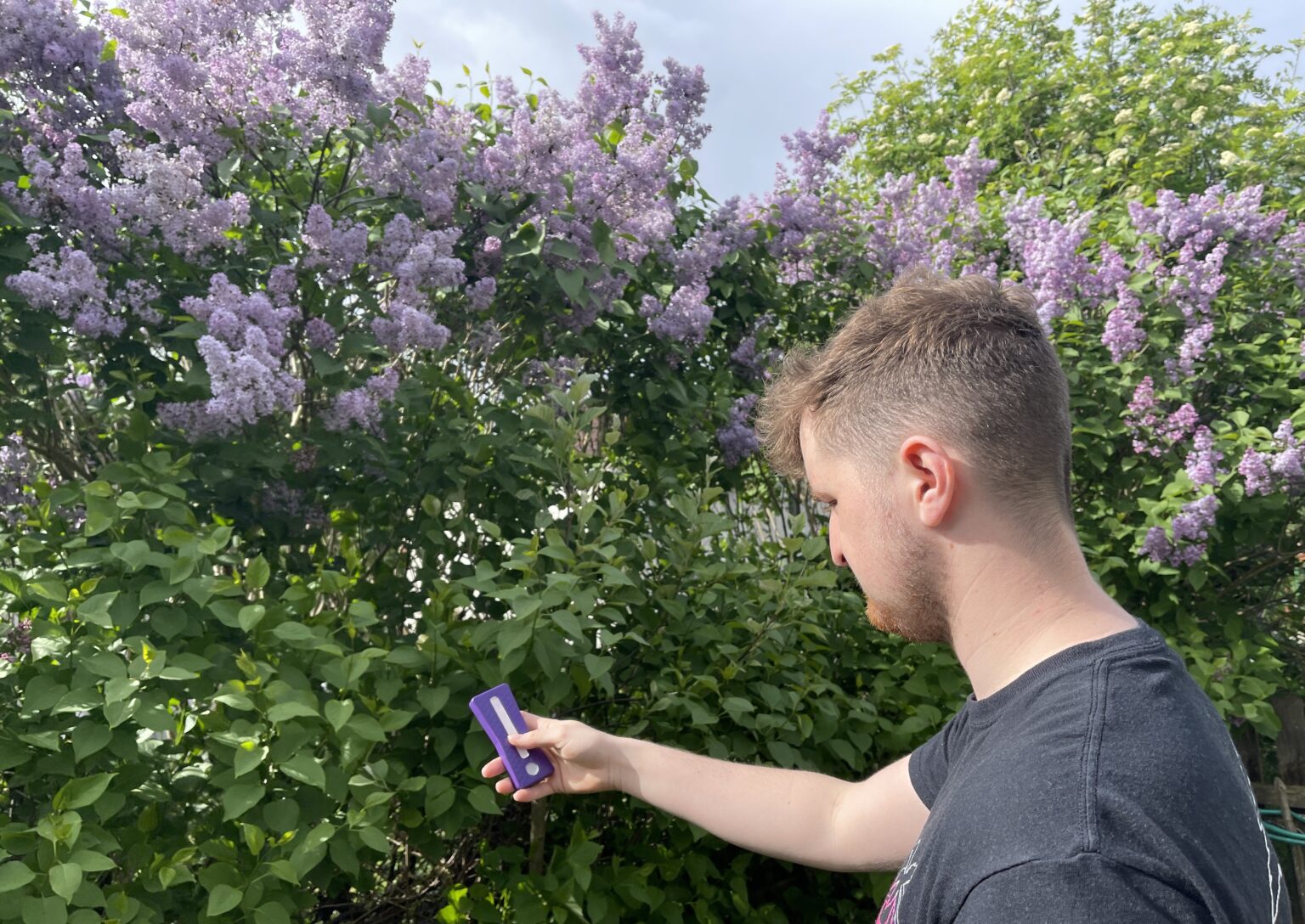 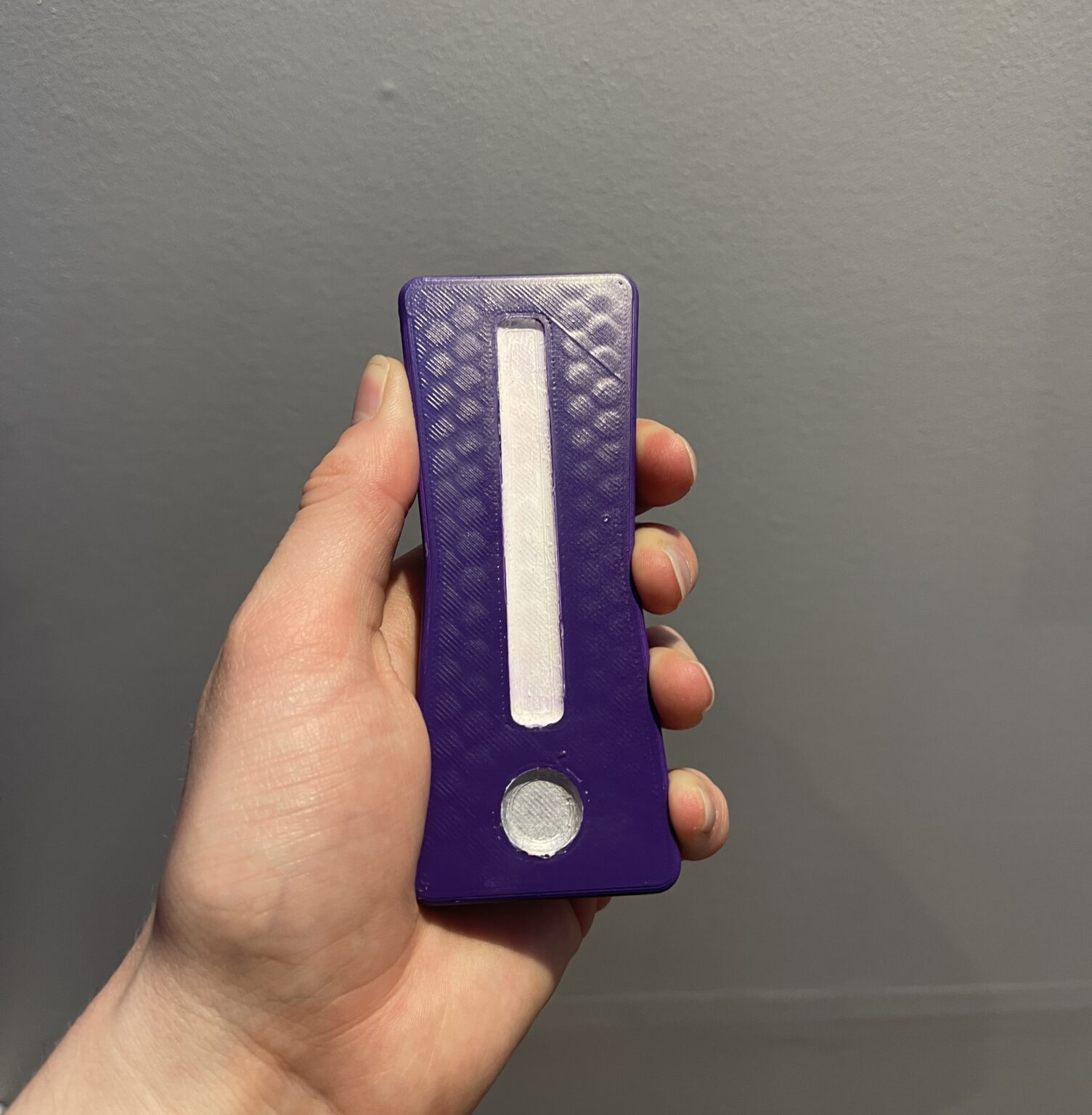 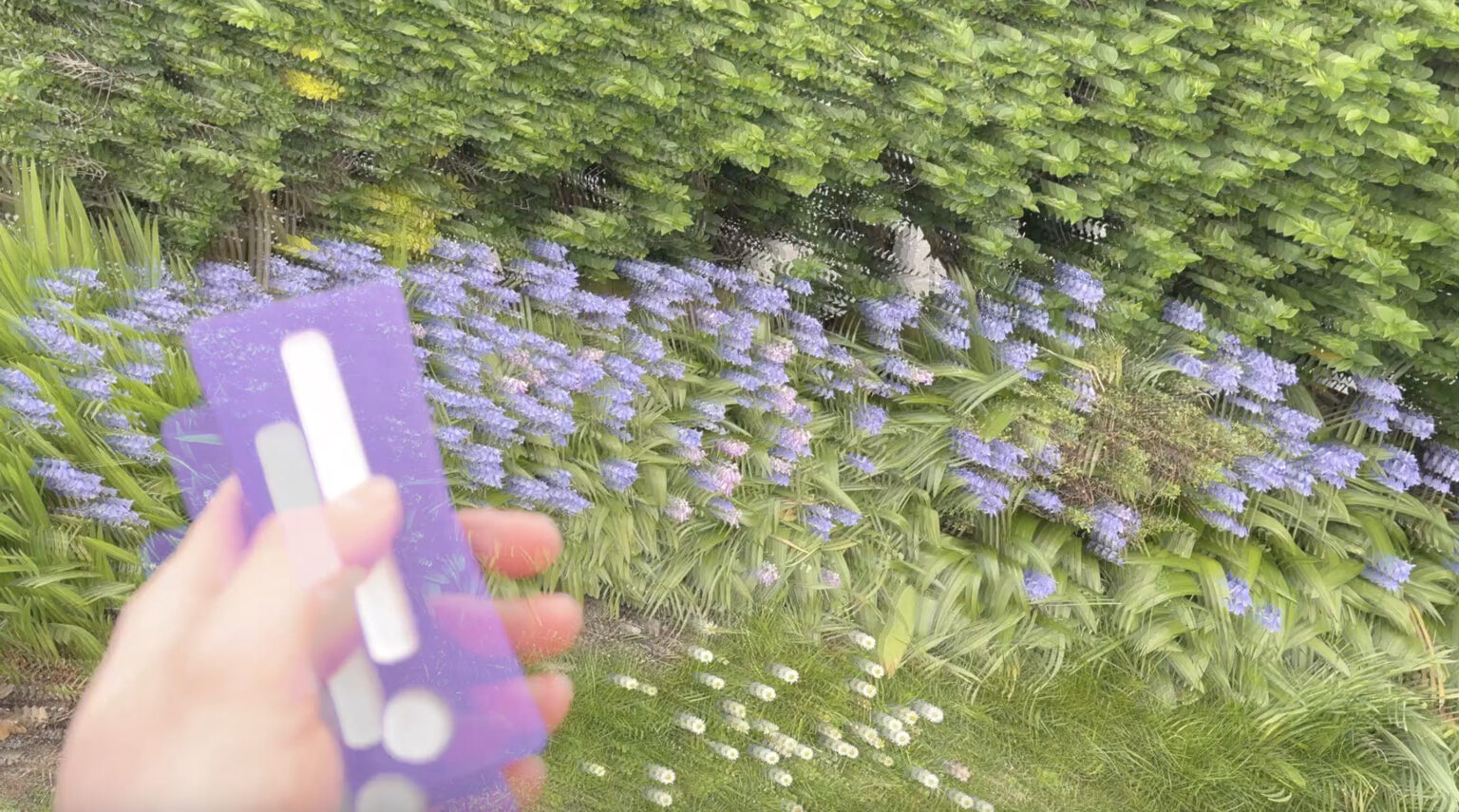 One of the first levels of intensity from the controller, vision is slightly blurred but user is still familiar with surroundings
9 of 11
Previous Next
Close 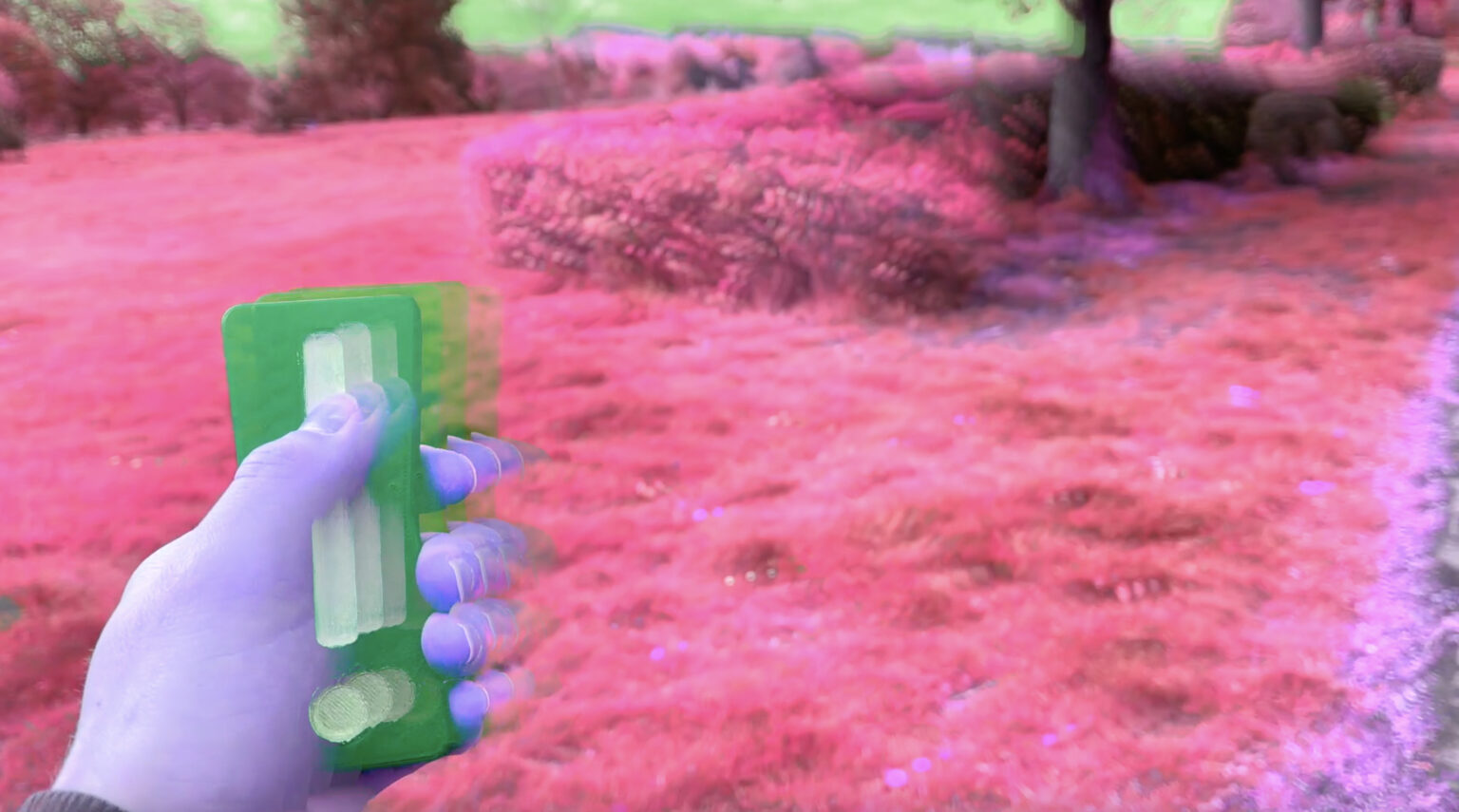 One of the most intense psychedelic settings on the controller, colours and shapes are all distorted and unusual, the user experiences a surreal feeling of euphoria during this.
10 of 11
Previous Next
Close