The urban housing project similarly responds to the identity of the site, built up over time through people’s experiences and outliving many variations of urban form. Through the approach to the themes of domesticity and labour, the proposal aims to celebrate the history of the area whilst also recognising this transience and drawing connections between different eras represented within the present moment.

The manifestation of this concept begins with the physical organisation of the site around the placeholders of Pearson’s, Bill’s Tool Store and the sycamore tree, the later recognising that any new proposal may come and go well within the lifespan of this tree. The organisation also takes account of existing uses of the site both longstanding and newly established, including the weekend markets along Stevenson Street, the retail spaces of the tool and electrical stores and the outdoor dining and seating area used by BAad.

The ground floor of the site is proposed as a series of new repair workshops, drawing from Glasgow’s existing Remade Network. These workshops allow people to bring in preloved items to be repaired and then returned or sold, supporting the historic markets and working in tandem with the existing stores at Pearson’s and Bill’s. The unused floors above Pearson’s are also proposed as a new tool library for the site as well as for use by the wider public, challenging a throwaway culture by encouraging a transience of adaptation and regeneration.

Above the workshops, vertically stacked units are envisioned as an opportunity for a collective/multigenerational living arrangement. Services are pulled to one side to allow for a more open floor plan which can be subdivided to suit different occupants. 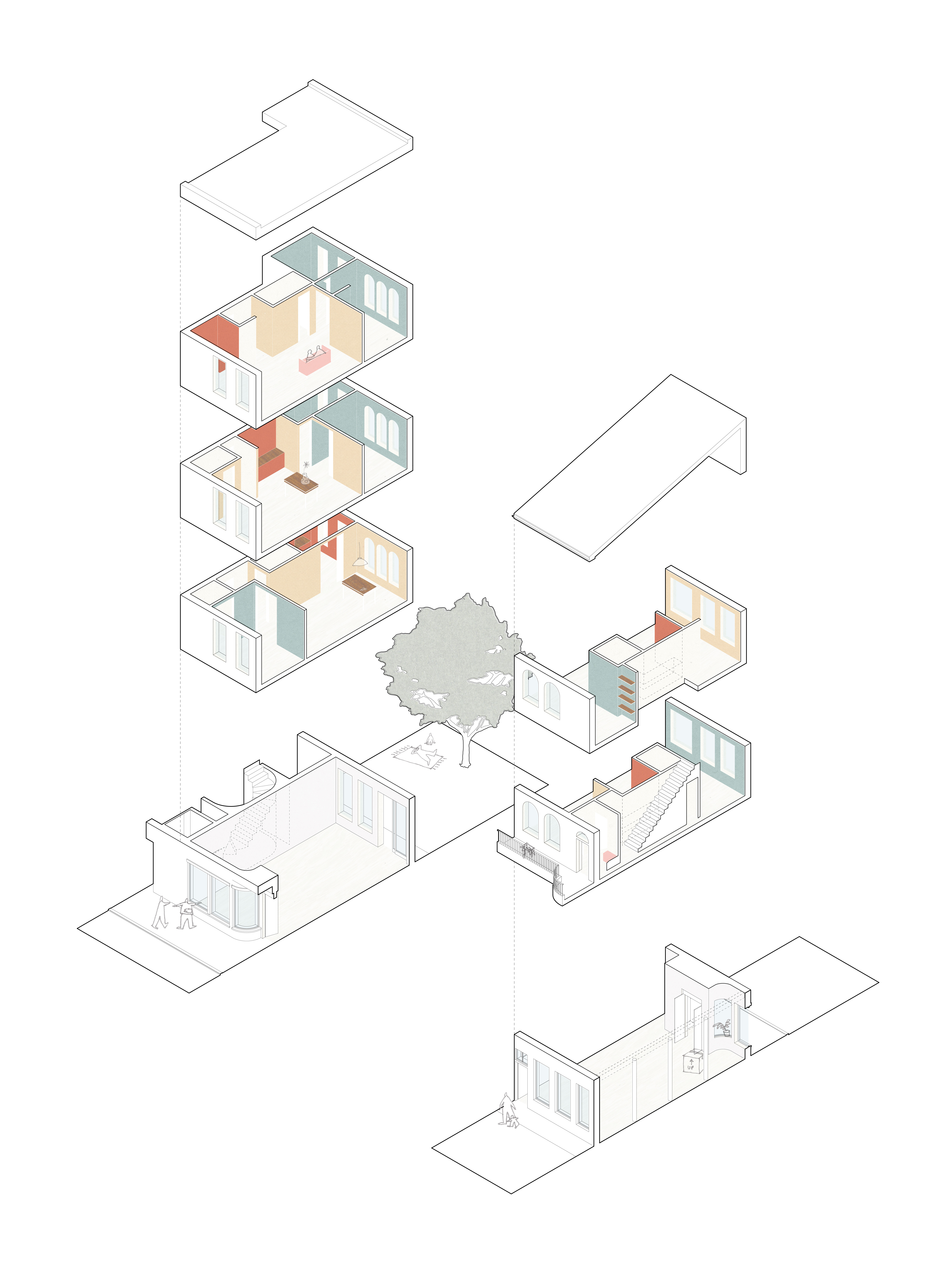 Exploded axonometric of the tenement and maisonette units, with workshops and retail on the ground floor
1 of 7
Previous Next
Close 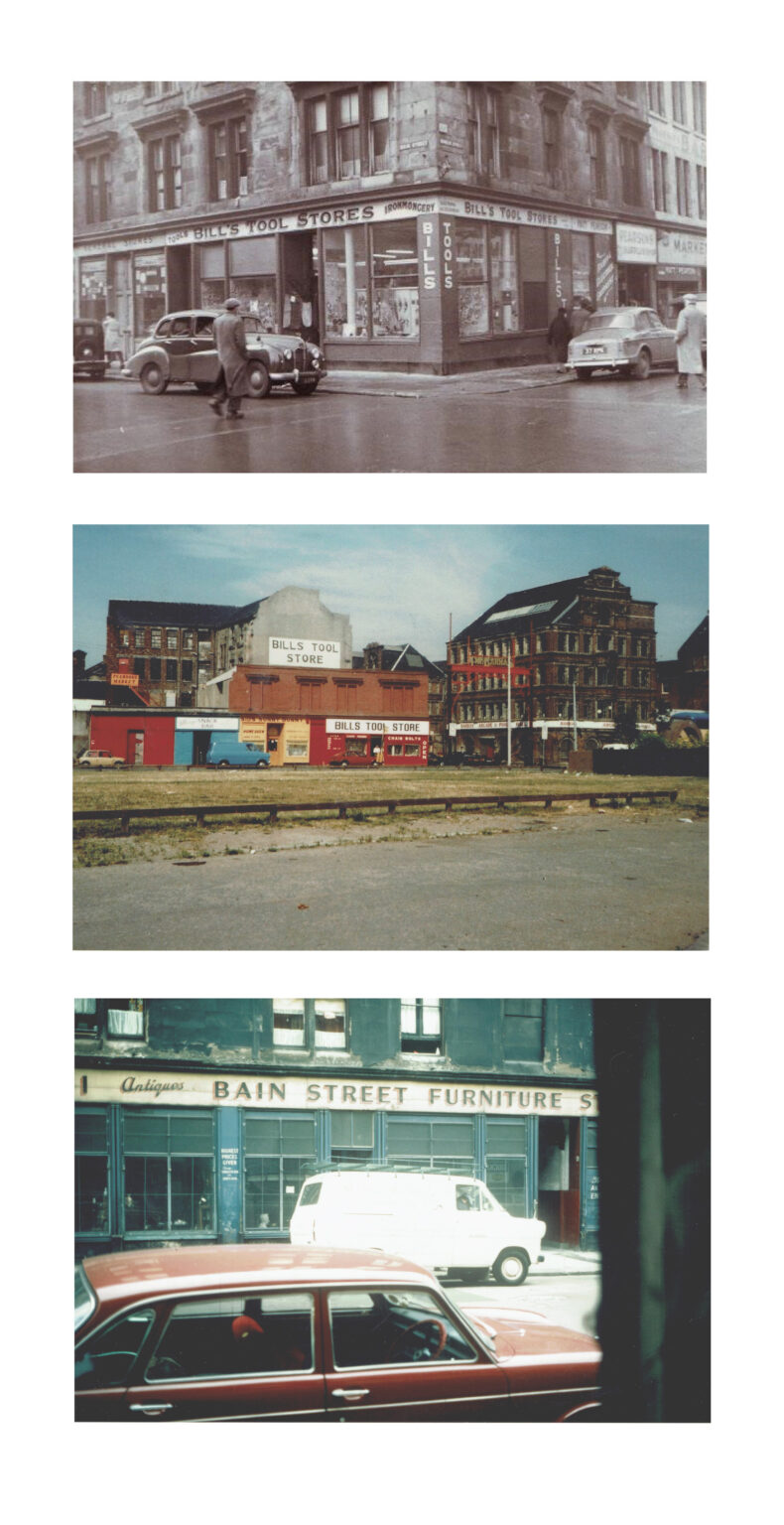 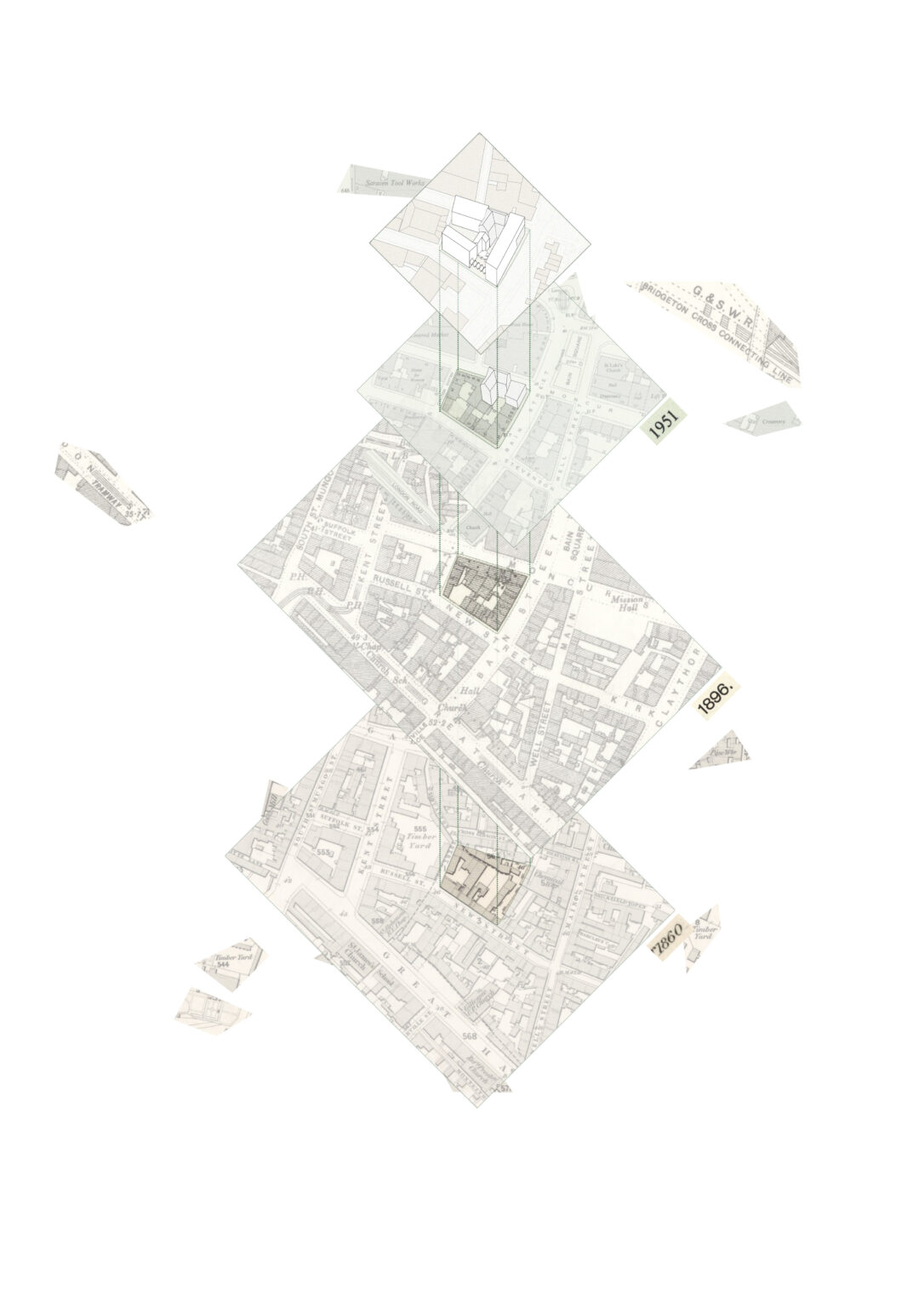 Changing form of the site 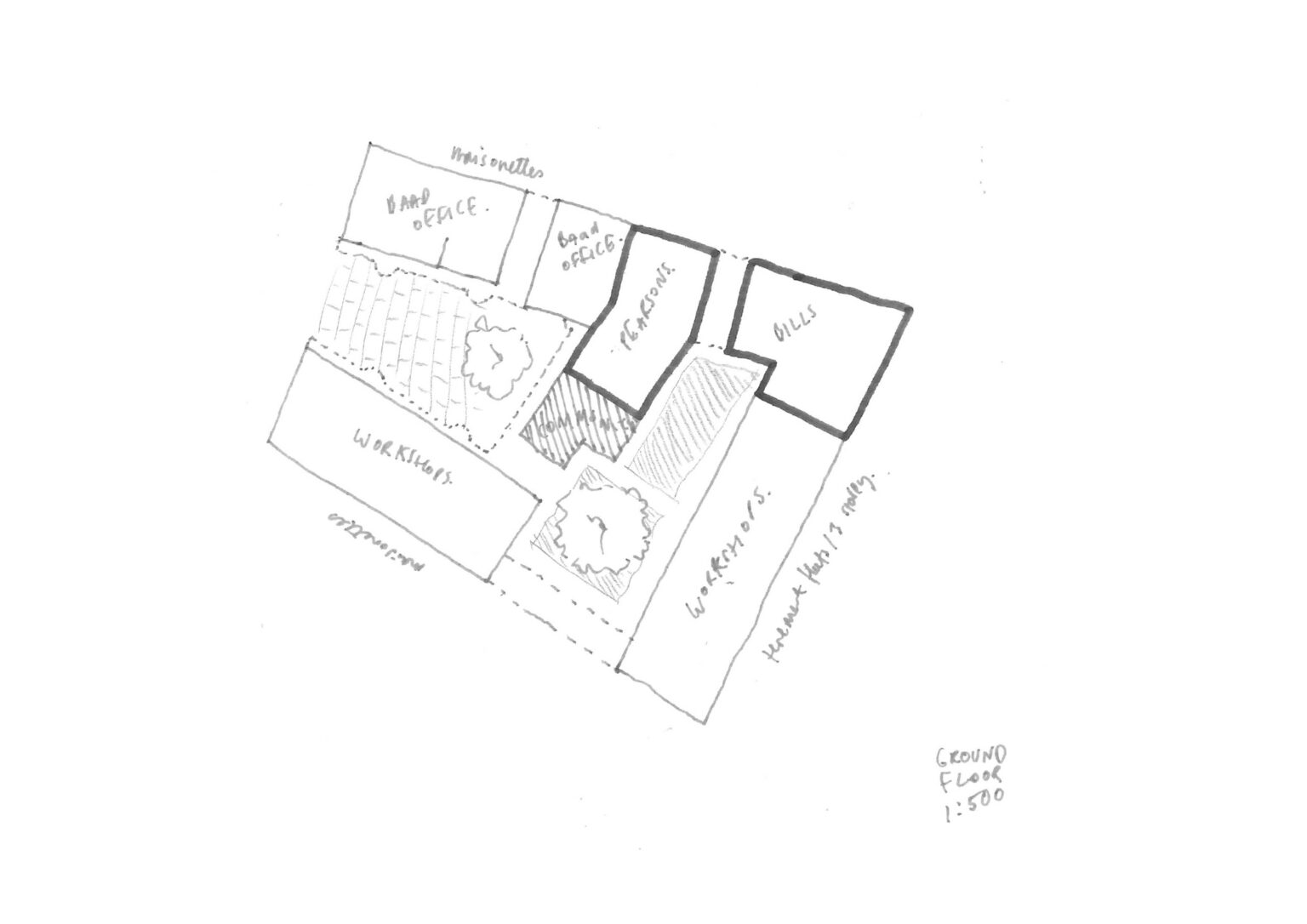 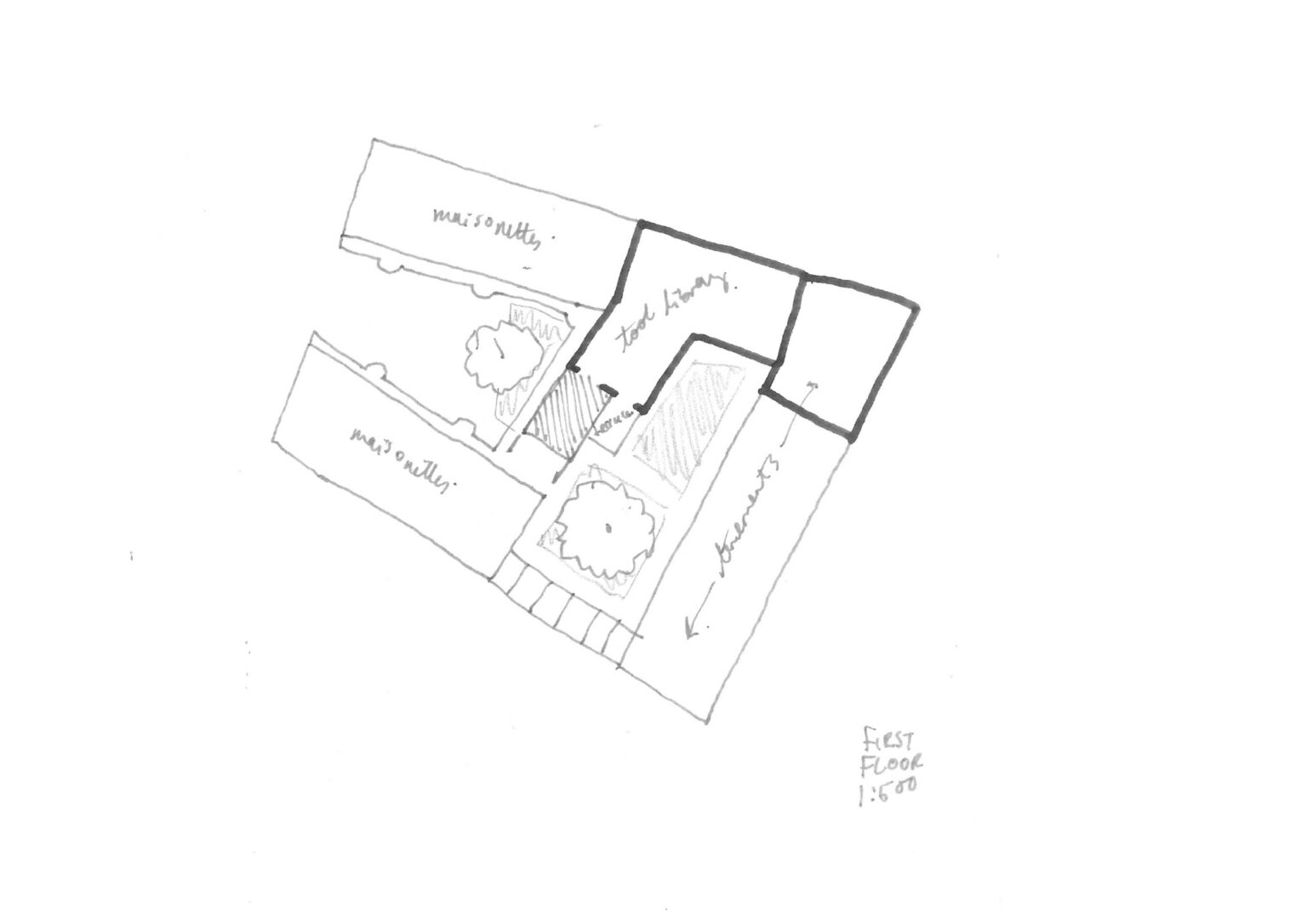 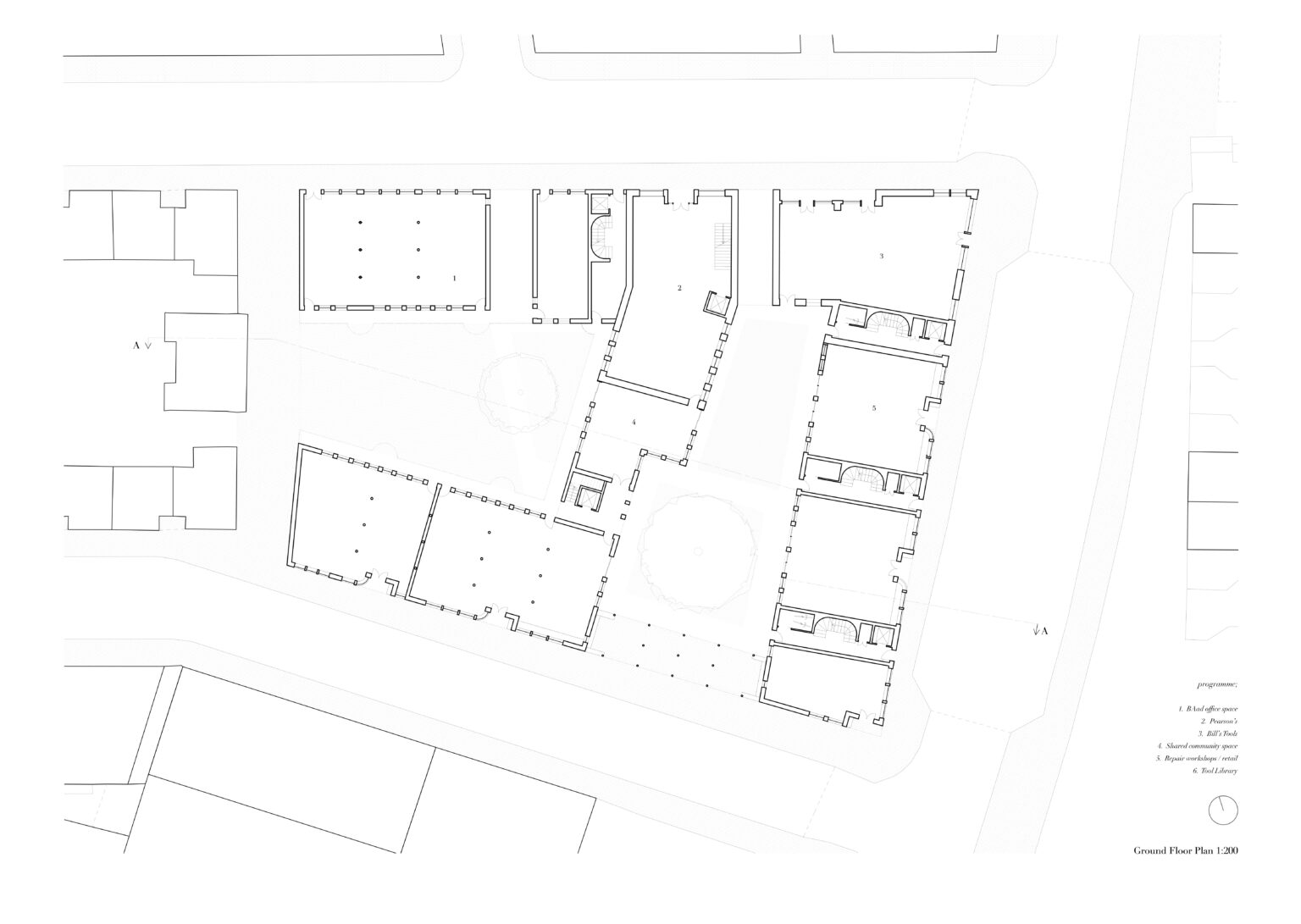