My aim was to develop a building which could be constructed by the community itself who will later use the building. Through the process of extension, the building can grow similarly to the rhizome but unlike a philosophical exploration, this growth is limited and directed by the context of the Graving Docks. In my current plan I explored two variations of this building, the Kitchen and the Community Workshop but the function of the building is ambiguous, the focus is on its materiality and method of construction.

One the one hand side, the building relies on building elements like traditional sash and roof windows and on the other it provides with an opportunity to practice responsible foresting, growing new construction materials like mycelium bricks and possible develop new industries in which people can participate. Through the process of construction, the building could become a training ground for construction and could provide with the opportunity to reinvent old methods like thatching.

From a philosophical point of view, the Village explores community based agency, in which the residents of a neighbourhood can take action and ownership of their surrounding and practice a responsible and care based approach. Taking this one level further, the idea of the community can be expanded with nonhumans and the building itself and its materiality could be considered as part of this assembly. In this way, the concept of the Village explores a relation with Glasgow the puppet, in which the materiality of the building and the materiality of the human body is blurred through the act of construction. Similarly to how the human body contains millions of microorganisms which helps us to stay alive, the body of the building encloses the human occupants, providing shelter in exchange for maintenance.

Through this symbiotic relationship of human and building, the Village takes one more step further and creates a relation with the Carcass. The process of construction starts with deconstruction as the old building is extended further. This process leaves a mark in the structure of the building, signalling transformation and change through the materiality and the composition of the building itself. The Village is never finished and it never meant to be. 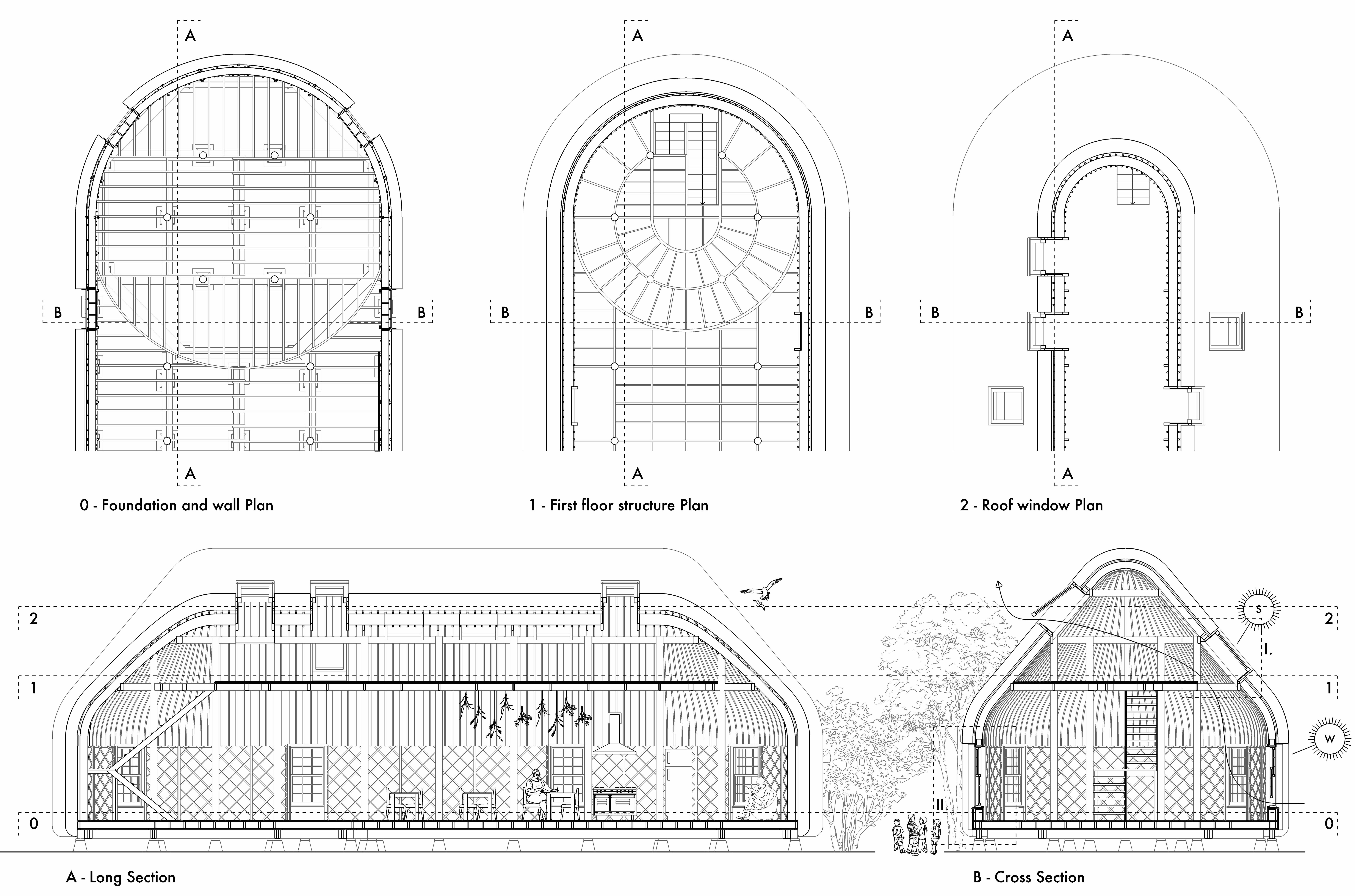 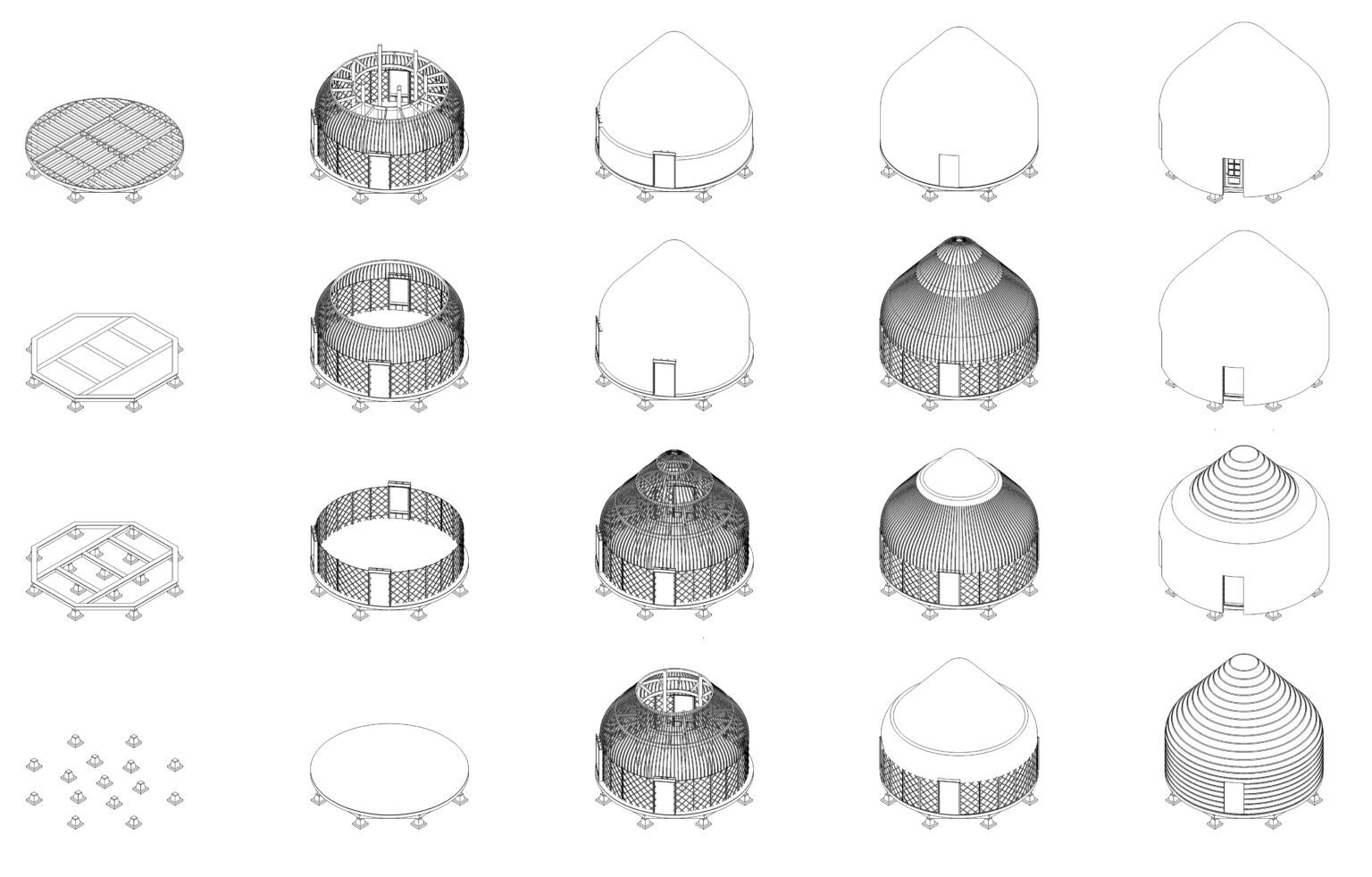 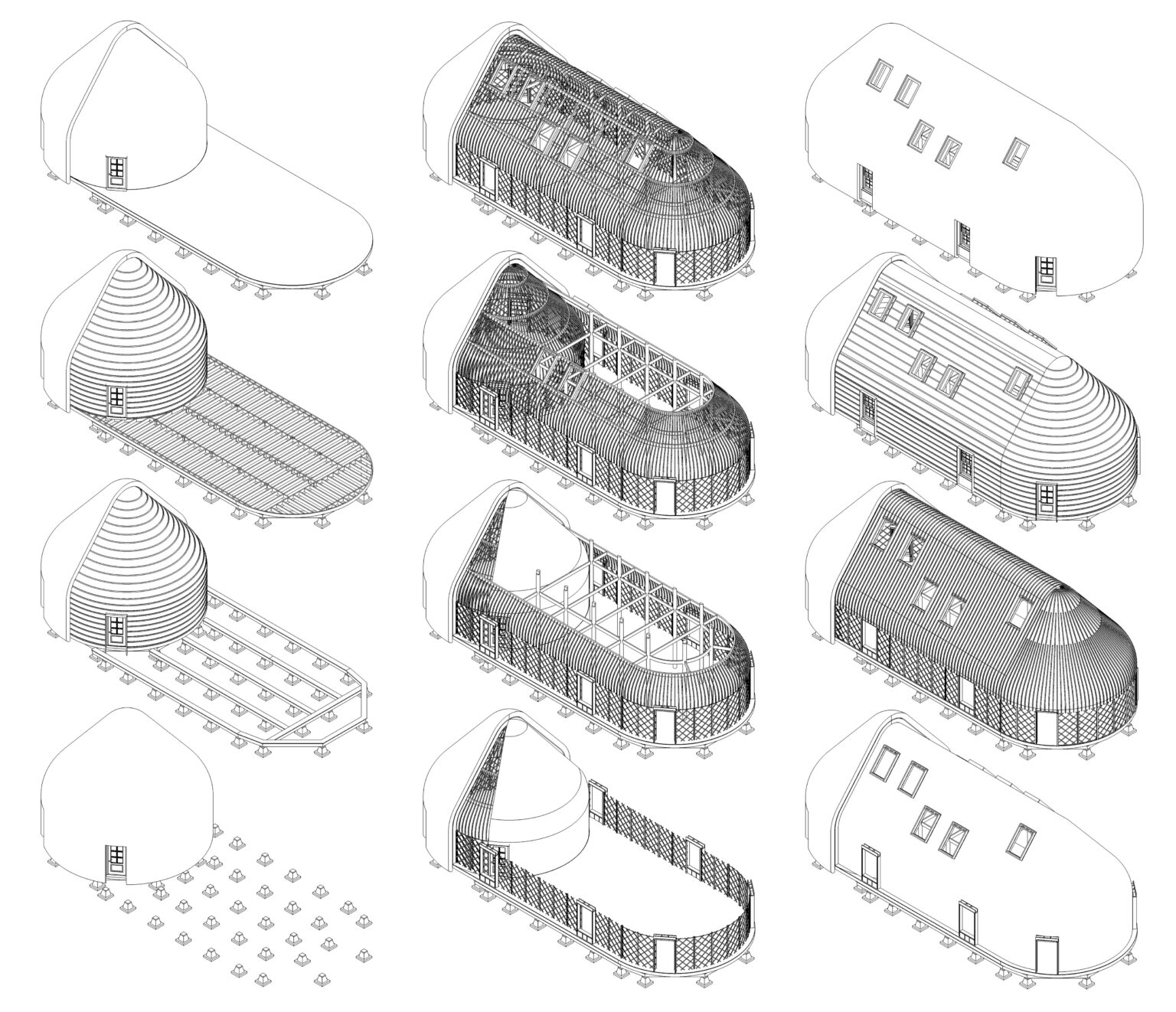