There are an estimated 11 million people living in unsafe homes in the UK. The End our Cladding Scandal campaign calls on the Government to lead an urgent, national effort to fix the spiralling cladding and building safety crisis. Millions of high rises contain unsafe materials that make the buildings highly flammable. Residents in unsafe buildings have been presented with significant bills for remedial works or fire patrols, with some being made bankrupt, and many are unable to sell their homes. 4 years on from Grenfell, cladding action groups continuously campaign for their safety after being abandoned with an issue they did not create.

‘Whilst we wait’ is a collaboration between myself and UK cladding action groups on a series of banners that assist their campaign. An estimated £15bn is required to fix the problem- to date a mere £4.5bn has been provided by the government to help residents whilst the UK’s 5 largest developers have made a total £20bn profit since the Grenfell tragedy.

This project is ongoing – a stark reminder of the reality that is being lived by millions of people across the UK with little help from the government. I am excited to be working alongside the cladding groups  and the national leaseholders campaign on a #LeaseholdersTogether rally to be held on the 15th July 2021 in Central London. 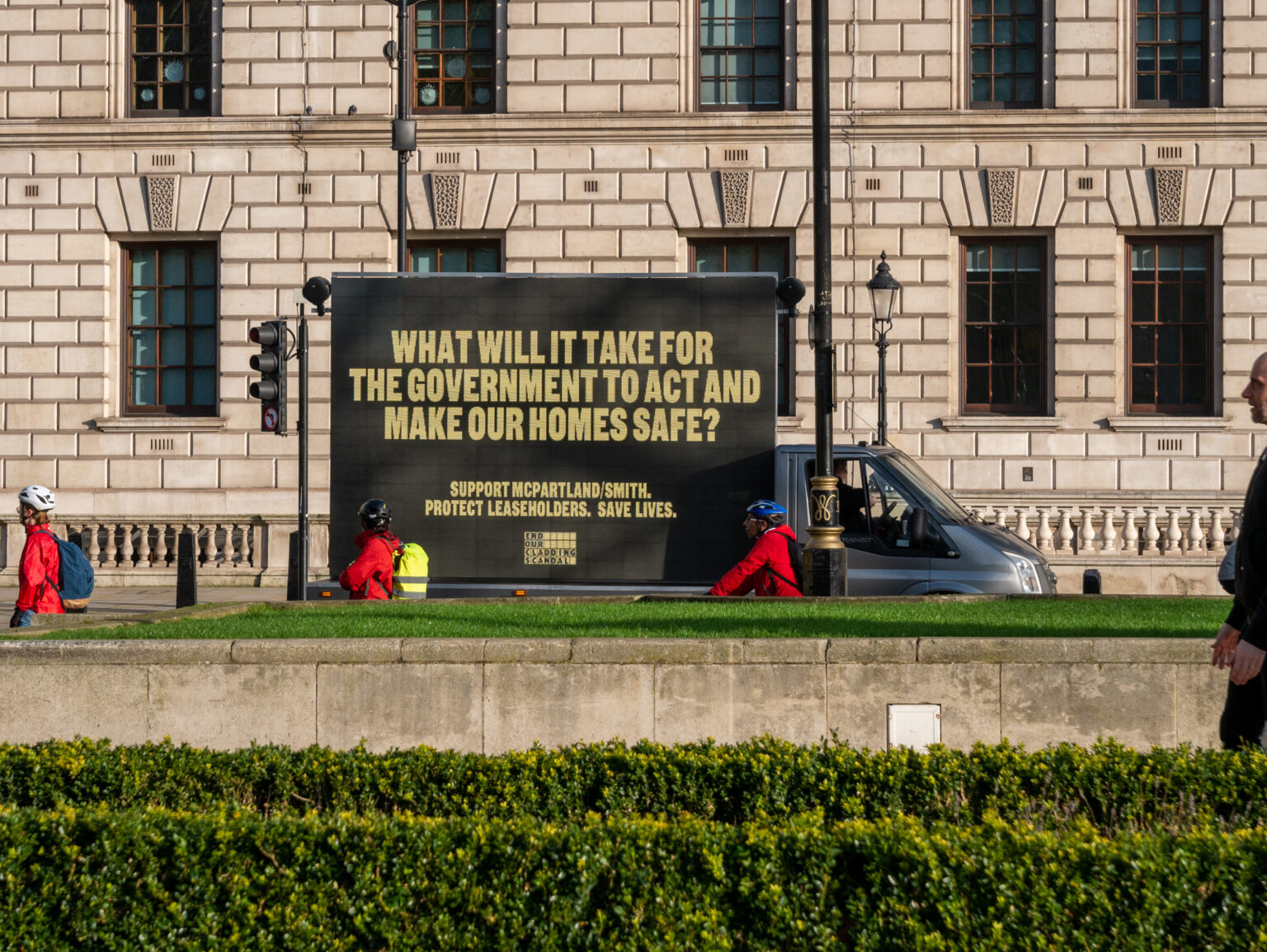 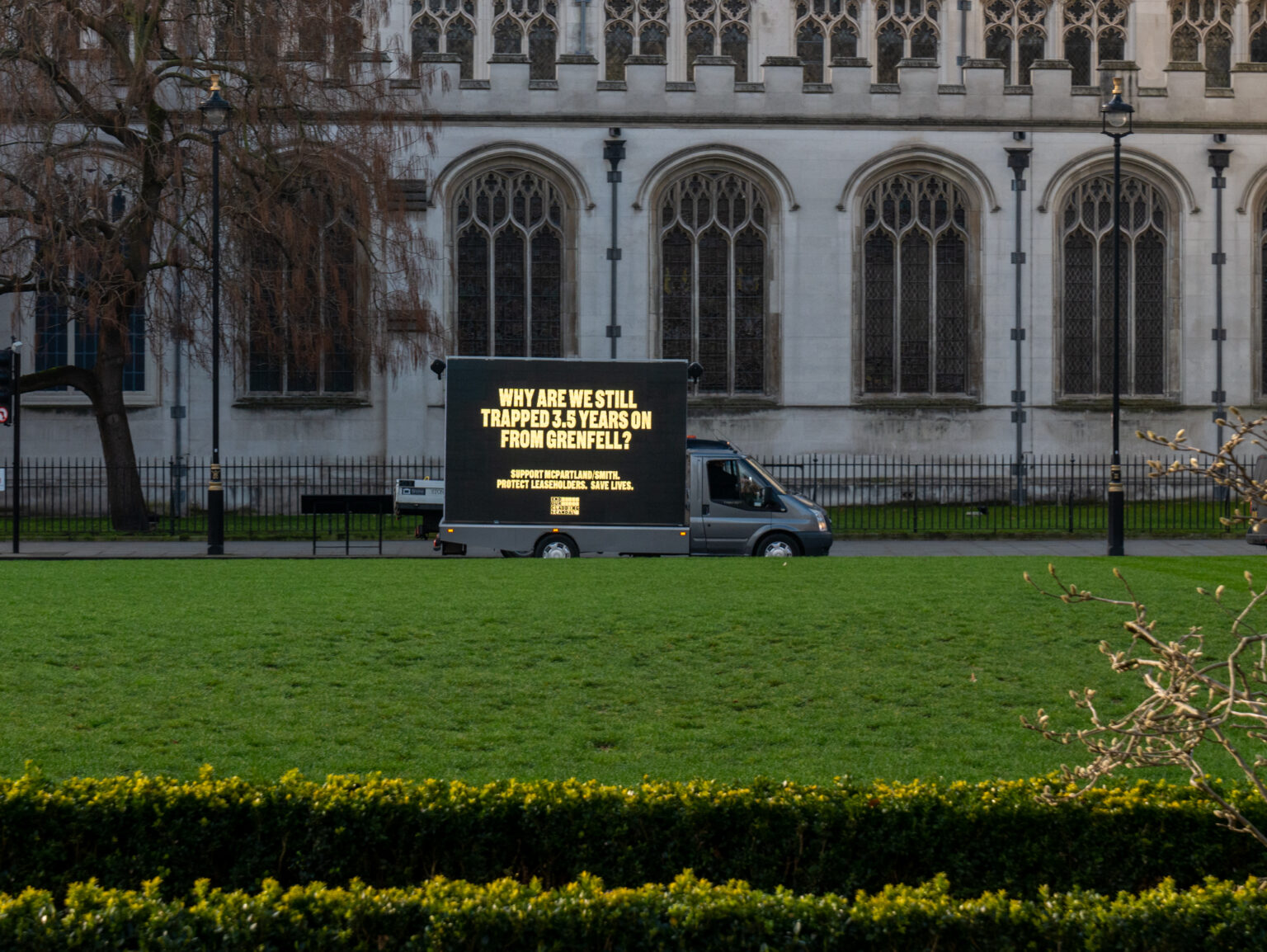 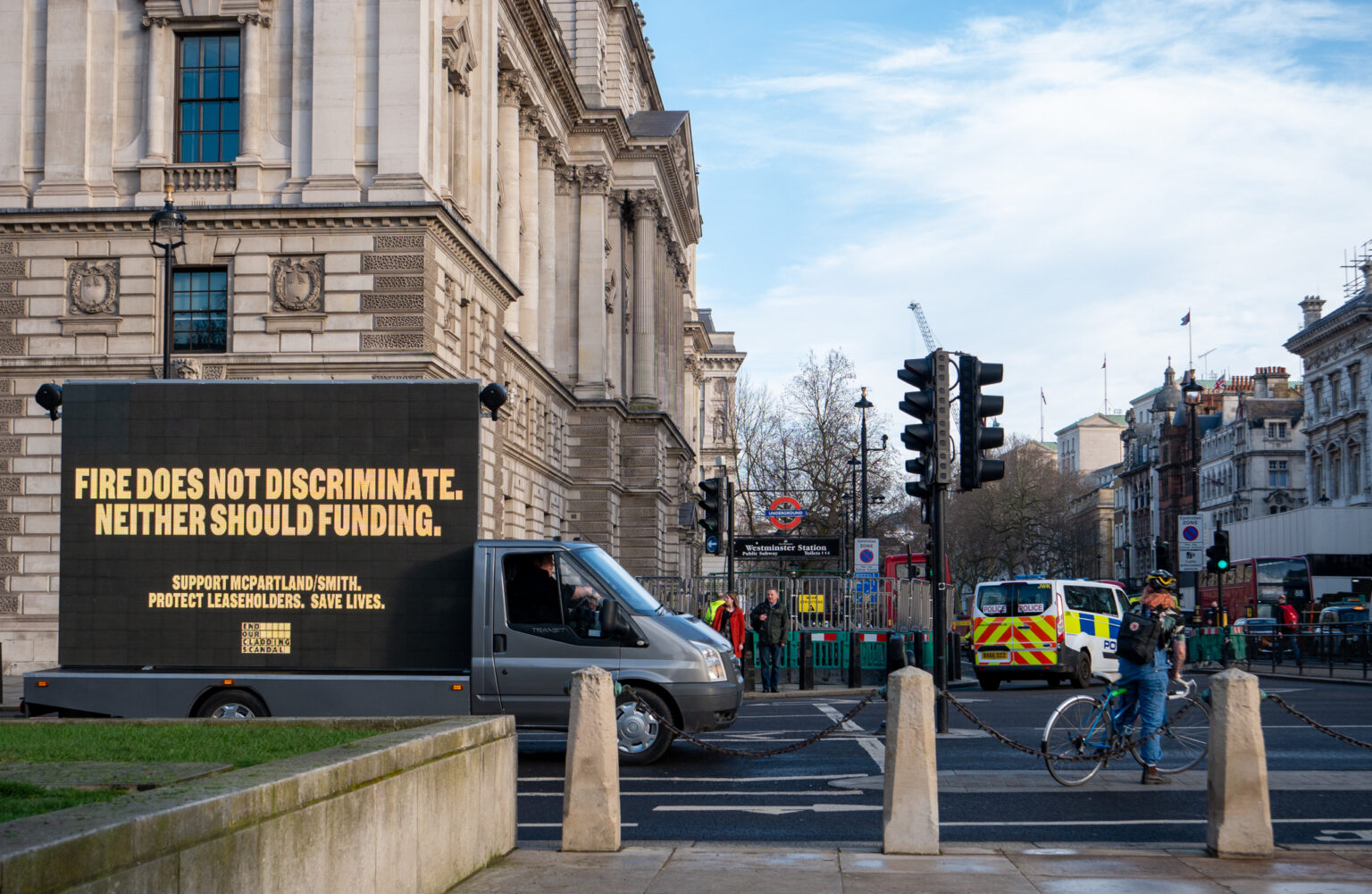 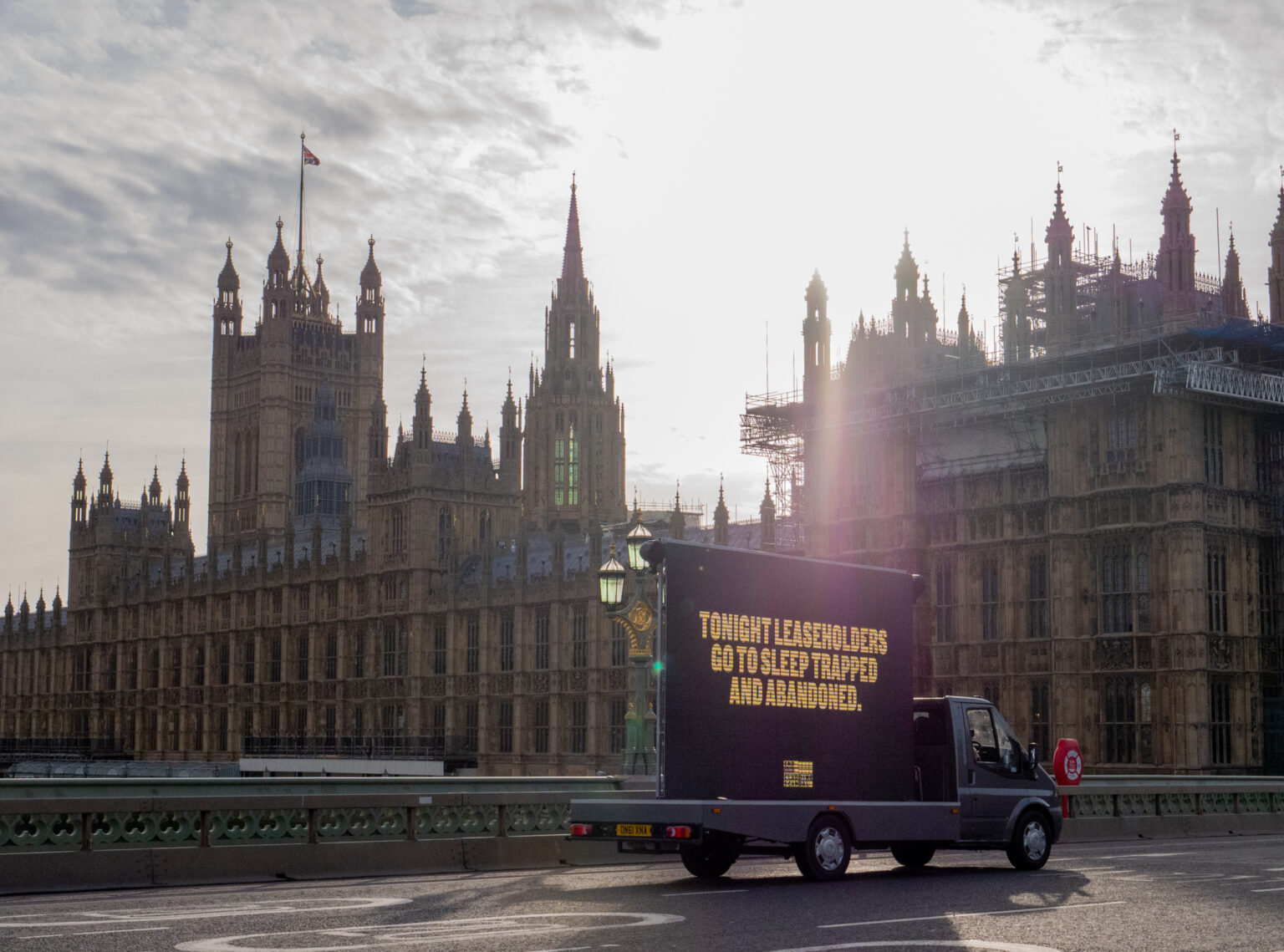