The concept of the Eram Garden began with the creation of a biomorphic awe-inspiring element in the vertical garden, which would draw the attention of users and cause them to look upwards.  Another consideration was to create a dreamy space with soft colors and a soothing atmosphere.
I came across surrealism while researching biomorphism, which is said to be one of the most influential styles on which biomorphism had an impact. Surrealist painters used biomorphic forms to create abstract art; these painters were drawn to the word morphe, which is rooted in Greek mythology and refers to Morpheus, the God of Dreams.

Surrealism was heavily influenced by the dream world and was based on the study of the subconscious. It was the pinnacle of biomorphism in that sense, because it relied on true abstraction, the ultimate expression of freedom and unforeseeable novelty, and it also inhabited the realm of Morpheus, the god of dreams. This was an interesting study that inspired me while designing the Eram Garden. 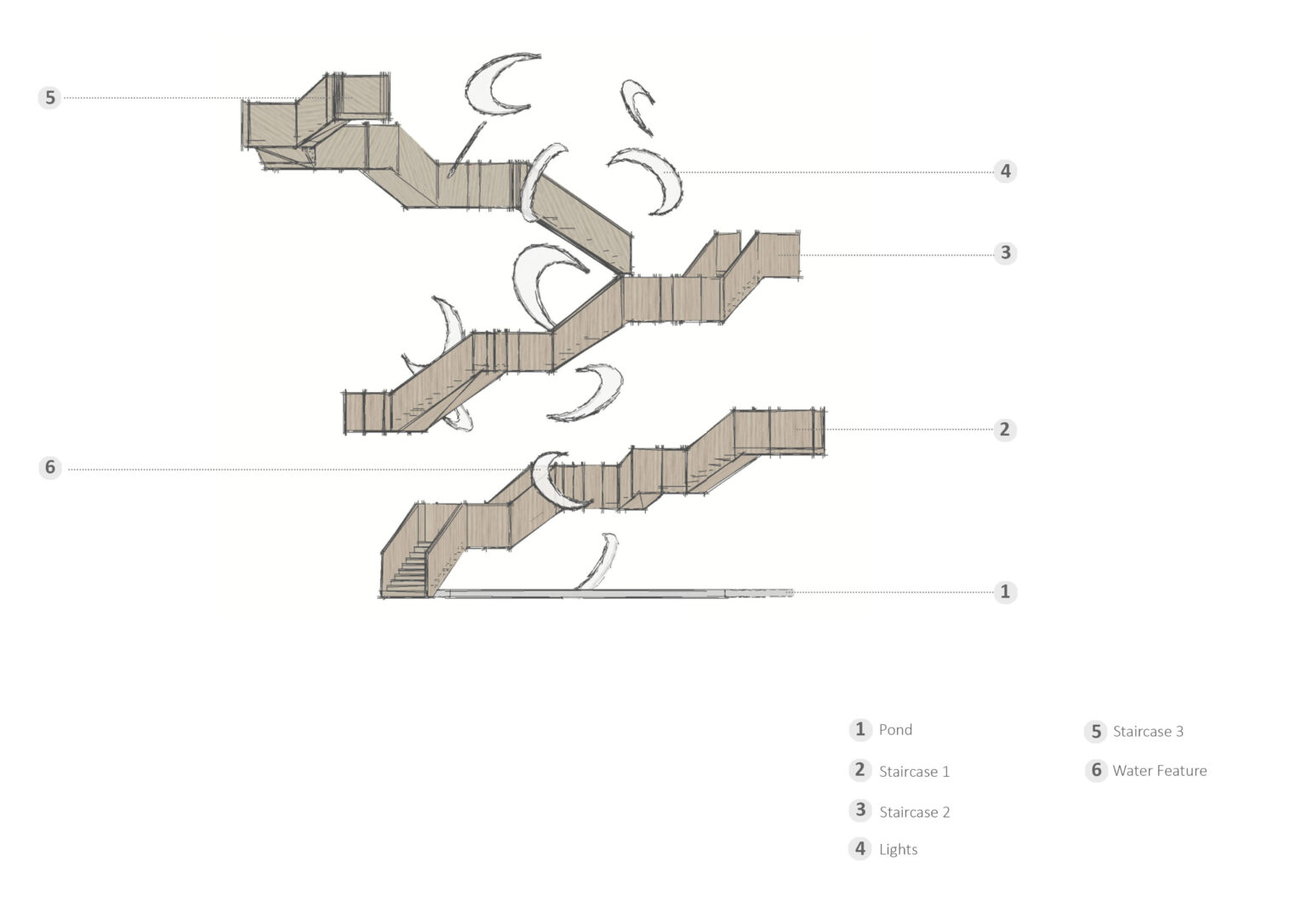 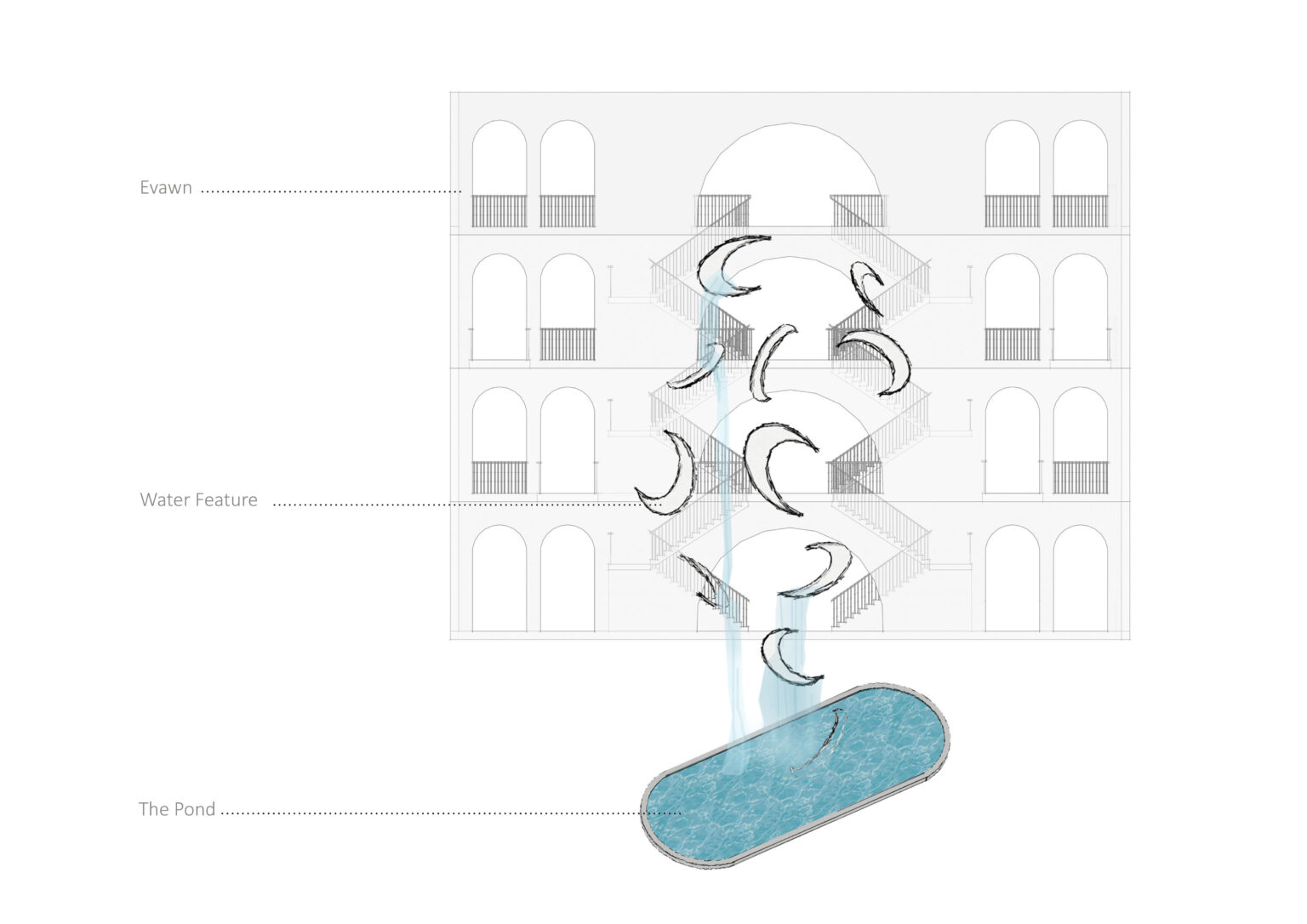 The Evawn at the backdrop of the Eram Garden, represents a melting moon that is pouring to the pond on the ground floor.
3 of 3
Previous Next
Close