As my research delved beyond documenting different states of dead figures, I became increasingly interested in the ambiguous states between sleep, death and relaxation. This lingering axes emerged in my later series of works as a means of addressing our limited exposure, awareness and understanding of what death looks like, while confronting the often polished examples of death we’re used to seeing. Medical archives and videos fuelled my research into this inquiry. 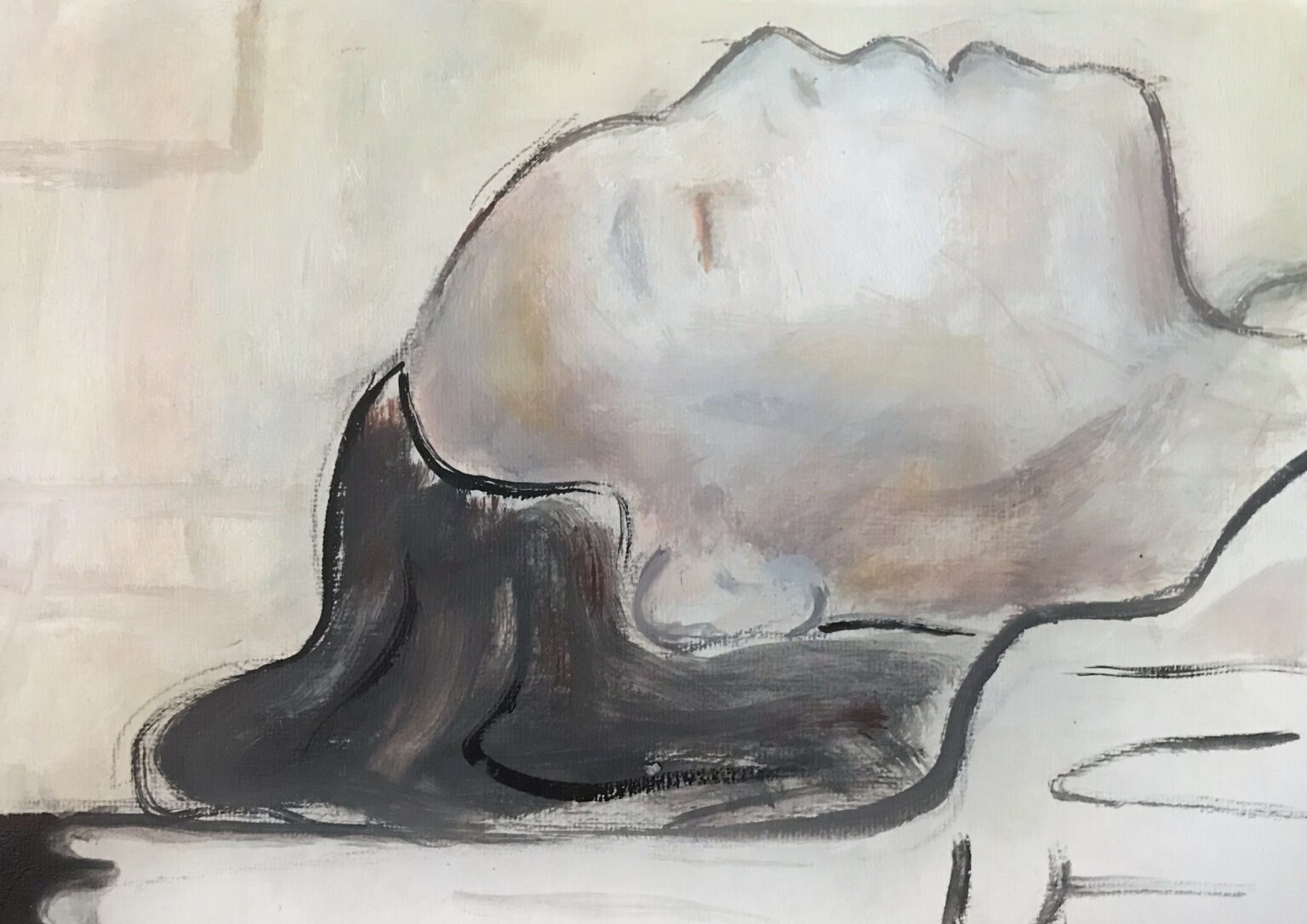